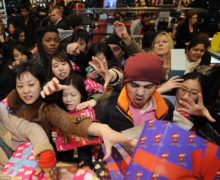 ‘Black Wednesday’ may have seemed pretty bleak at the time, but the over 12% decline in Sterling that accompanied our ejection from the ERM provided the stimulus to what subsequently became a boom that lasted to 2008.

Looking at the carnage in the equity and fx markets immediately following the Brexit referendum result last Friday I was reminded of this event when a friend of my wife was complaining how busy Harrods was now and that they were sold out of many of the items she was looking for. It seems that the over 8% reduction in Sterling has been a wake up call to overseas tourists to flock back into town for bargains. Checking the newswires seems to confirm this with Google searches by Chinese for UK holidays reported to have “skyrocketed” on Ctrip.com. At present this seems to be focused mainly on the high end brands, but the impact will permeate down into other areas; areas serviced by quoted stocks that have been pummelled by Brexit concerns and where some bottom fishing may be in order. As a consequence I am adding three stocks to the GrowthRater model portfolio. These are Whitbread, IAG and Marks & Spencer.

As a capital intensive and high fixed cost hotel group, it was quite understandable that markets would sell the stock into the first whiff of a downturn. The expansion model being pursued for Premier Inn is one built for speed and the perceived growth prospects (and CROIC) can unravel quickly once the cyclical peak in demand has been passed. Over the last year, the shares have lost more than a third of their value relative to the FT Allshare and now trade on what we estimate to be a normalised OpFCF yield of almost 5.5% to discount trend growth of just over +4% CAGR (our GrowthRating); firmly at the bottom end of both the group’s 10 year average rating and organic revenue growth range.  Tourists may buy smart handbags and clothes, but they still need somewhere to stay. After the pre-Brexit declines in Premier Inn London RevPar growth, this is just the sort of catalyst needed for the shares. 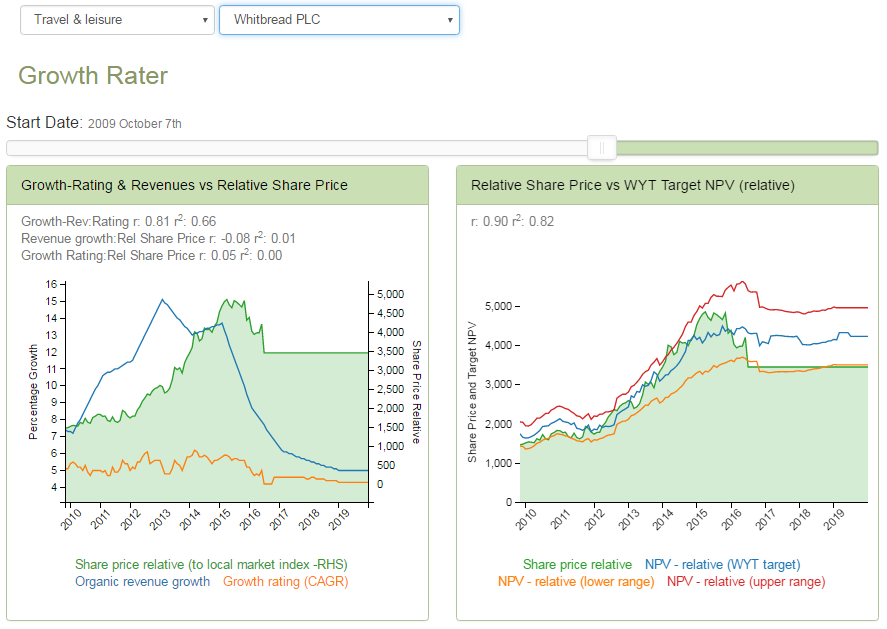 Shares down over a third relative to the FT Allshare

Chinese and American tourists don’t swim here but take a plane. As with hotels, airlines are capital intensive and therefore operationally geared to cyclical swings in demand. An additional nuance that has upset markets over Brexit has also been the possible disruption of the single aviation market which has provided such a boon for overall European air travel. This has permitted any airline owned or controlled by nationals of EU member states to operate anywhere within the EU without restrictions on capacity, frequency or pricing. While all this is now subject to the uncertainty of a forthcoming treaty re-negotiations, there are reciprocal benefits from keeping the UK within this system from the EU perspective as well as precedence in the form of Norway, which has has equal access to the internal European market notwithstanding its position outside the EU. Having been knocked by a series of issues ranging from French strikes, the Brussels terrorist attacks and of course the pre-Brexit ‘Project Fear’, IAG has conceded that it will fall short of its ambitious profit growth target this year, albeit still expected to deliver a “significant” YoY increase.  With the shares down by over 40% from their peak this year relative to the FT All share, we estimate that they are trading on a normalised OpFCF yield of over 9% and an EV/EBITDA ratio of under 3.5x. 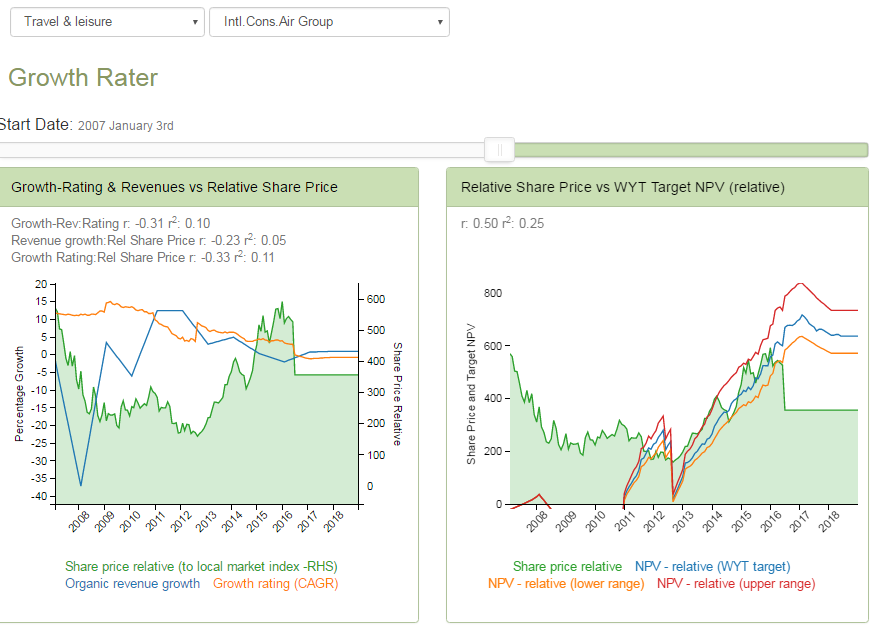 on the stock.  Shares either discounting sun +1% pa growth or anticipating a profit collapse

It may be an iconic British brand, but the appeal of this stock is less to do with the prospect of queues of tourists buying their clothing range than the valuation. The brand has been struggling to revamp its clothing range for decades now under a series of different management and markets at long last seem to be getting the message that this should be treated as a mature business.  Having this pointed out by the new CEO (Steve Rowe) at the last results that turning the old lady around would take time and investment, didn’t go down too well with investors and analysts who turned their criticisms on the messenger. Fears of a consumer slowdown following Brexit didn’t help either, although the argument that margins would be compressed as a consequence of higher input costs from overseas suppliers seems like a cheap shot. Yes, lower sterling means increased costs of imported goods which COULD lead to lower gross margins. ‘Could’ because it presupposes that these will not be passed on to consumers in end user prices. Prices are regulated by competition, so any movement in exchange rates in input costs is a tide that raises or lowers all ships (a bit like fuel costs to airlines) and as such should have a relatively minor longer term effect on margins.  With the share price down almost 45% relative to the FT All share this year, we estimate that they are trading on a normalised OpFCF yield of approx 7.5%. While we don’t see this name as a great growth stock, the implied growth rating on this is only around +2.2% pa, so it’s not being priced in either. In the meantime, a generous payout ratio delivers an annual dividend yield of around 7% which pays one to wait and who knows what sort of corporate activity of possible recovery in Clothes Mr Rowe might achieve under his watch to herd the city back into believing it is a growth stock again at some point in the future. 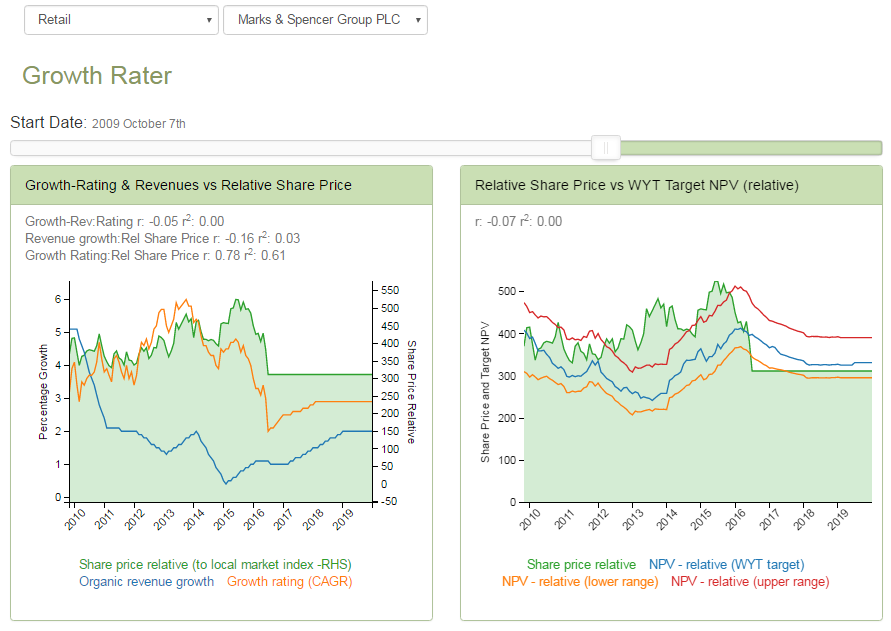 It’s not a high growth stock, but then it’s not priced as one either!

More details on all these stocks can be found at: