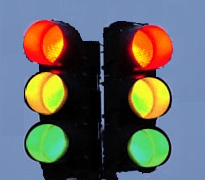 Weak net job growth, but high average hourly wage growth in February has been followed by an improved rate of net job growth in March, but a weaker pace of increase in average hourly wages. The earth-shattering conclusion from all this is perhaps not to extrapolate a single month’s data as it may just get reversed in the following month and that the US private sector is not yet signalling either an overheating job market or an impending recession. Whether this is validation of Trump’s protectionist economic strategy or the new Fed chairman’s softening monetary stance however, is less clear, as the persistently high trade deficit and weak manufacturing job numbers would seem to attest.

After February’s shock net private sector jobs collapse (at +28k MoM reported, but only +2k MoM excluding changes to the seasonal adjustments), March’s reported +183k net adds returns the rate to broadly comparable levels to those in March/April last year, although it to be noted the the pre-adjusted levels are again lower, at only +143k for March.

Perhaps reflecting the softer monetary stance adopted by the Fed, the sectors delivering the main impetus to March’s job formation were in the consumer sensitive areas of Leisure and Construction while the recent stability in oil prices above $60/bbl seems to be sustaining continued expansion in the mining and logging segment. The big standout however, is the reversal in Manufacturing job growth, which has been the central plank to the Trump administrations economic strategy. Perhaps the shift in focus back to domestic consumption with the Fed’s reduction in interest rate expectations is meant to deflect attention from this and what looks to be some back-peddling in the China trade negotiations. It does however suggest a somewhat confused economic strategy if this administration can be so easily deflected and does little to resolve to longer term structural problems of trying to sustain consumer led growth on a twin-deficit and already over-leveraged economy.