The most effective weapon in the war on terror – identity papers! 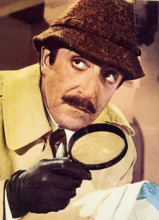 Yes folks, we live in the most heavily surveillanced times ever. Not only are our communications increasingly monitored, but almost every aspect of our lives from our movements, our associations and now with ‘smart phones’ and internet TV, the ability to snoop even on our private conversations.  So when you unwrap that new gizmo, such as Amazon’s ‘Echo’ this Christmas, be careful what you say as you may get a 3am knock on the door for expressing non-approved views on turkey stuffing.

So, with all this data and petaflops of processing capacity for the authorities to ensure our safety, it might therefore come as a surprise that the most effective information tool for identifying terrorists has been the humble driver’s license/identity papers, albeit after the event. But then without the ‘events’, perhaps we would be less amenable to the intrusion into our privacy.

In a clearly disrespectful slight on the efficiency of German police investigation, the alleged perpetrator of the recent terrorist attack in Berlin felt it necessary to leave his identity papers under the seat of the lorry he used.

This however, is not without precedence as it follows the modus operandi of the Charlie Hebdo terrorists who also conveniently left their identity papers in the car used in their attack, Having been visible on CCTV and later left abandoned with “jihadist banners” and Molotov cocktails inside, even inspector Clouseau might have been able to follow this one up.

One for inspector Clouseau

If Berlin unfolds like Paris, then one might expect a dramatic shoot-out with police resulting in the death of the suspect, which would at least mean a jury would not need to contemplate why these terrorists would make the same rather obvious mistake twice! –  end of case.