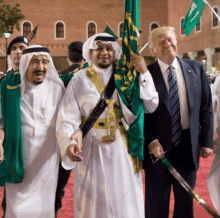 Energy politics makes for fickle friends. A decade ago, Qatar was the US administration’s BFF, with its invitation to relocate the US regional military base from Saudi Arabia to Qatar in return for support to secure a pipeline access through Syria for its soon to be expanding natural gas production. As a way of pricking the Gazprom gas supply monopoly to Europe and with the US a net importer of natural gas at that stage, this must have seemed a win-win proposition.  Roll on to the present however, and everything has changed. Russia has supported Assad and thereby blocked the Qatari pipeline which means they have had to expand their LNG export markets, such as the recent announcement in March to double supply to Poland. However, with the US becoming a net producer of natural gas and now capable of exporting this as LNG following the commissioning of new LNG liquefaction plants (such as the Sabine Pass facility in Louisiana), Qatar has become a competitor. With the Syrian campaign turning into a dead end, Qatar’s importance has diminished, which probably explains Trump’s sword dance with his new pals in Saudi who can also afford to buy more US military hardware. 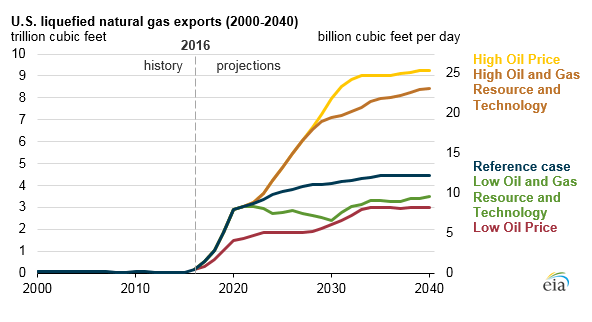 US LNG exports ramping up rapidly

Back in Europe, loyalties are no better. Germany is trying to finalise Nord Stream 2, which is Merkel’s side deal with Putin to bypass gas supply from Ukraine and which will also cut over €2bn pa of transit fees, including to other eastern European partners. Understandably Poland is peeved, as are its neighbours at this and have been petitioning the ECJ to block the deal. Frau Merkel however, is not getting things all her way and is complaining about a bill being pushed by the US senate which threatens to extend its sanctions on Russia to include German involvement in Nord Stream 2.  While this bill may well die in Congress and is subject to Trump’s veto, it does now put Merkel in the uncomfortable position of having to pretend to be nice to the new president. While she’s at it, perhaps she can persuade the EU not to follow through with its threat to fine countries such as Poland and Hungary for not wishing to take some of the migrants that she invited into Europe last year, but now doesn’t seem to want to pay for!

Managed chaos around the globe and a fractured EU meanwhile just continues the central imperative of US policy; that being protecting the US dollar’s reserve currency status. The fact that the US has held on to this and the Euro has failed to establish itself as an alternative, means the EU now faces what may be its most critical challenge, that being its ability to disconnect the Euro from the US interest rate cycle. Most economists are as usual running with a benign economic outlook for low inflation and modest, but stable GDP growth across the EU into 2018, but all this is predicated on the ability of the ECB to continue to goose demand by its loose monetary policy. The ECB may continue to extend cheap credit to fund government deficits and consumers to buy more German cars, but why would anyone wish to hold the Euro when the US looks more secure and offers a better yield? A depreciating Euro might appeal to German exporters, but that assumes Trump would not negate this competitive devaluation and respond  with his threatened tariffs. Spanish bond yields might not return to >7%, but investors may wish to consider the implications of what to expect on even half this rate and manage their portfolio risk accordingly for the peripheral EU markets.  Challenging the US dollar reserve status can be fraught with consequences.