Expect Yellen to chicken out again on rate rise for September 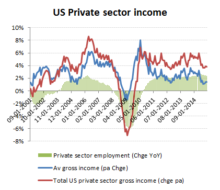 Will she or wonâ€™t she? It seems with Fed interest rate policy remaining the only game in town, strategists are stuck with trying to second guess Yellenâ€™s next move at the forthcoming FOMC on 16-17 September. Of course weâ€™ve been here before and we can look at all the evidence and data under the sun showing that rates should have gone up years ago and that the current ZIRP regime is counter-productive. Once again, we donâ€™t think Yellen will raise rates, or at least not materially. Not because of the data, because most of that from the upward revision in Q2 US GDP (from +4.4% to +5.9% YoY â€“ at nominal prices) to the fairly steady progress in employment and incomes would be supportive of an increase. Nor do we think because of slowdown scare stories out of China. Official China GDP data has been looking increasingly suspect for years and the blow-off in domestic equity prices was in large part a correction to credit fuelled speculative bubble which the Fed ought to be attempting to unwind itself. No, we donâ€™t think sheâ€™ll raise because she doesnâ€™t need to. Barring a brief wobble on one recent bond auction, the Fed doesnâ€™t need to offer higher coupons to get its debt away, at least not yet. With ECB NIRP and a suitable level of political chaos being maintained globally, the US dollar remains well bid as do Treasuries, with yields easier across the maturity range. With sign that manufacturing competitiveness is already under pressure from the stronger dollar, why would Yellen want to compound the pain with an even stronger dollar while also risking snuffing out the credit fuelled consumption that is still keeping the US party going. Like Carney, sheâ€™ll talk the talk on rates, but push out the point when these are likely to impact into the year-end or beyond, if currency markets permit. 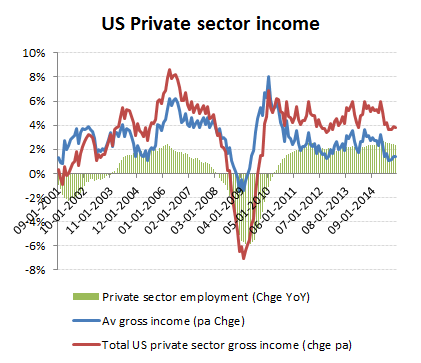 So what of Augustâ€™s NFP numbers? At +173k MoM overall and +140k for private sector jobs, the numbers were a little less than the >+200k estimates preceding them, although the August holidays can sometimes make the numbers a bit lumpy. On a YoY basis this represented an increase of +2.2% overall and +2.5% for private sector jobs, which after a +1.4% rise in average wages implies an approx. +3.8% YoY overall increase in US private sector gross incomes. Not a particularly rampant performance, but nor was it something out of line with what was being delivered over the previous cycle and certainly not something that would suggest the need for endless Fed life-support. 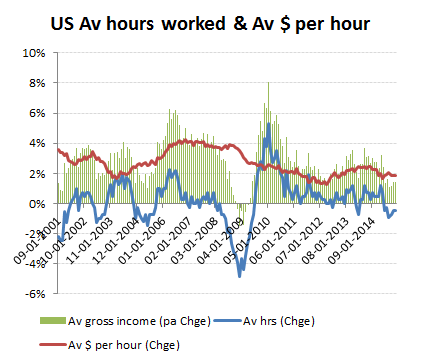 In terms of the components of this +1.4% YoY average wage increase, this included a +1.9% increase in average hourly wage which was slightly down from the approx. +2.5% being achieved earlier in the year, but a -0.5% contraction in average hours being worked. As reductions in overtime and hours worked can sometimes precede a more general contraction this will no doubt be kept under review by the Fed, although as one can see from the below chart this can also produce a number of false negatives. 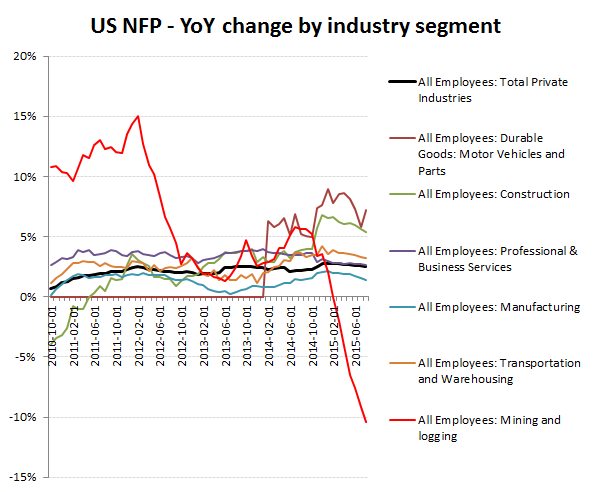 By industry segment, the collapse in commodity prices has had an immediate and heavy impact on the associated â€˜mining and loggingâ€™ employment segment (including oil) which should come as no surprise. A high US dollar has been slow to impact manufacturing employment, which is only just starting to tail off, while continued credit availability seems to continue to underpin construction and Auto related areas; notwithstanding the increasing erosion in share at the latter from international competitors. With both these areas sensitive to credit availability and rates, we would expect Yellen to be reticent in adversely impacting these.

So what does this mean for Wall Street? – More of the same, albeit perhaps with more emphasis on acquisitions and mergers than just share buybacks. For example, for the 5 year period 2010-15, the US quoted groups under our coverage converted approx. 71% of net income into FCF (vs 89% equivalent for 2002-07) and spent approx. 17% on acquisitions while returning 75% back to shareholders, with the remaining c.8% used to reduce debt. 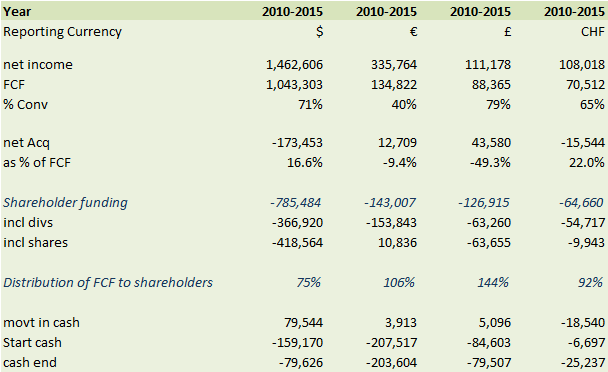 71% of US FCF returned to shareholders in last 5 years 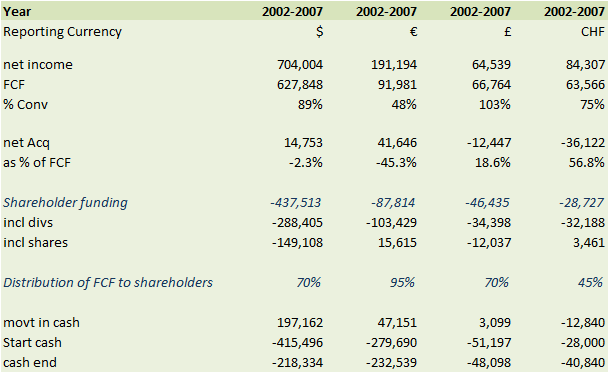