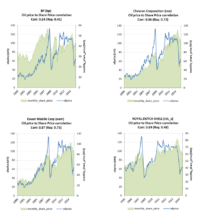 Invest in an oil major such as Exxon or Chevron and there are two over-riding factors to consider. The first and probably obvious one for Groups which traditionally make over three quarters of their income from pumping oil and gas out of the ground is the price of oil. While an oil spill and >$40bn of fines and penalties can occasionally introduce an extraneous component to the investment equation, the price of oil still provides the principal determinant to company value added. A high correlation of these companies share prices to the price of oil therefore ought not to come as a particular surprise, with the ratio for groups such as Exxon and Chevron exceeding 0.86, with an Rsq of >0.73. In other words, get the oil price right and youâ€™re 9/10ths on the way to getting your investment position on these stocks right. 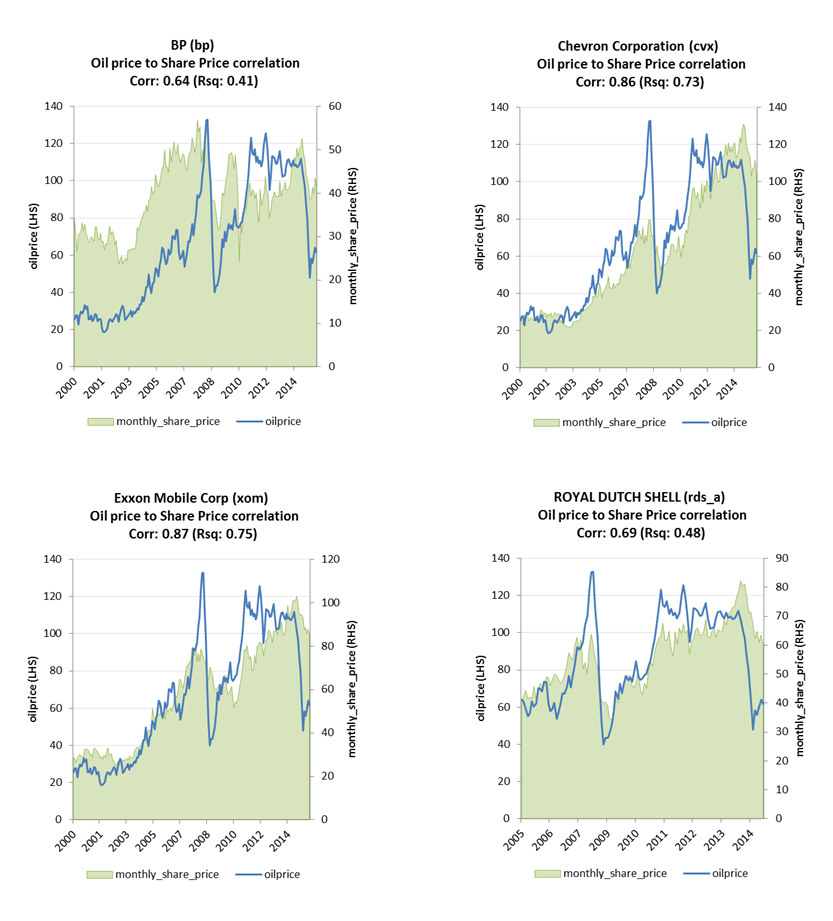 The dilemna for investors however is the second investment factor; the apalling inaccuracy of markets in predicting the price of oil even 12 months out which makes sector valuations a volatile play on an uncertain premise. The respected US Energy Information Administration (EIA) for instance has revised its 2015 average Brent price down by 43%/-45/b (from $105/b to $60/b) in the 12 months between its July 2014 and July 2015 â€œShort-Term Energy Outlookâ€ reports and many bank forecasts have proved even more wildly inaccurate. Indeed, with the forecast revision exceeding the original estimated maximum lower range (+/-$30/b) on last yearâ€™s guesstimates, the EIA has increased the absolute margin of error on its forward guidance for oil prices over the next 12 months to nearer +/-$40/b, which on a lower central price estimate (of $67/b for 2016) actually represents an even higher percentage margin of error of almost +/-60%; and this on a 95% confidence interval! 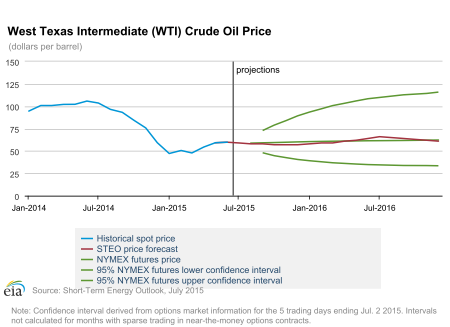 Margin of error is at 60% +/- the projected price forecast!

What becomes painfully obvious from these projections, along with those of preceding years, is that forward estimates will be dressed up with voluminous analysis of estimated production and demand, but still looks suspiciously like a tangent drawn from the last few data points on the chart. A projected oil price is needed, but the historic record of forecasting suggests investors will need to adapt to directional changes in price forecasts and central to this are sensitivity tools, such as those to be found at www.growthrater.com where one can model the valuation impact of changes in marginal revenues.

Our central modelling assumptions for Brent oil include what is probably a broadly market consensus one in that the price could recover to around $90/b by 2020. In the short term however, the bounce in price after the initial collapse to nearly $40/b may start to wilt in the face of record output from Iraq, potential Iranian supply and continued output from Saudi and of course fracking supply and we are happy to sit on a sub-consensus short term price estimate. 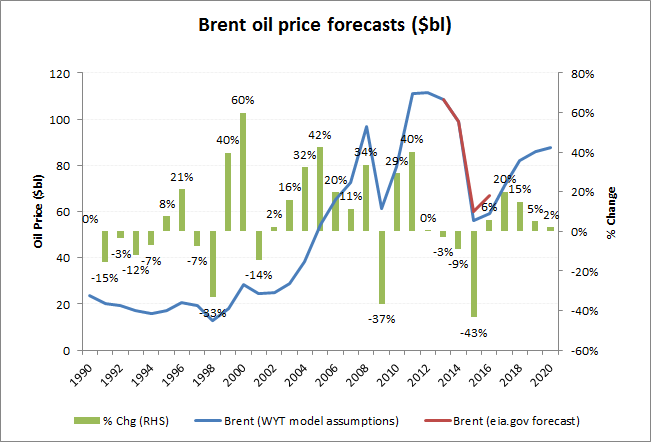 Modelling these assumptions through our growthrater matrix and the target NPV on most of the oil majors start to recover ahead of current share prices by 2016, and in some cases considerably so into 2017 and 2018, as can be seen from the Royal Dutch Shell analysis below. To get to these future highlands however, markets may need still to negotiate tough terrain where a possible reversal in oil prices will challenge the current consensus expectations. 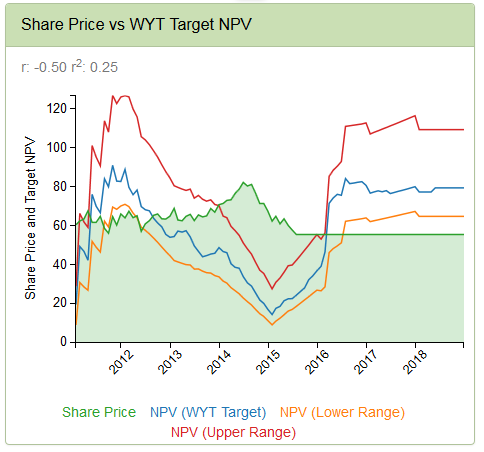 Modelling a Brent price stuck at around $55-60/b for the next three years would equate to lopping around -10% pa from our revenue forecasts in our revenue sensitivity model. As one can see from the below example, the result would not be pretty and therefore suggests that with little confidence in the longer term oil price forecasts dished up by banks and â€˜expertsâ€™, one should take care not to try and catch this knife too early. 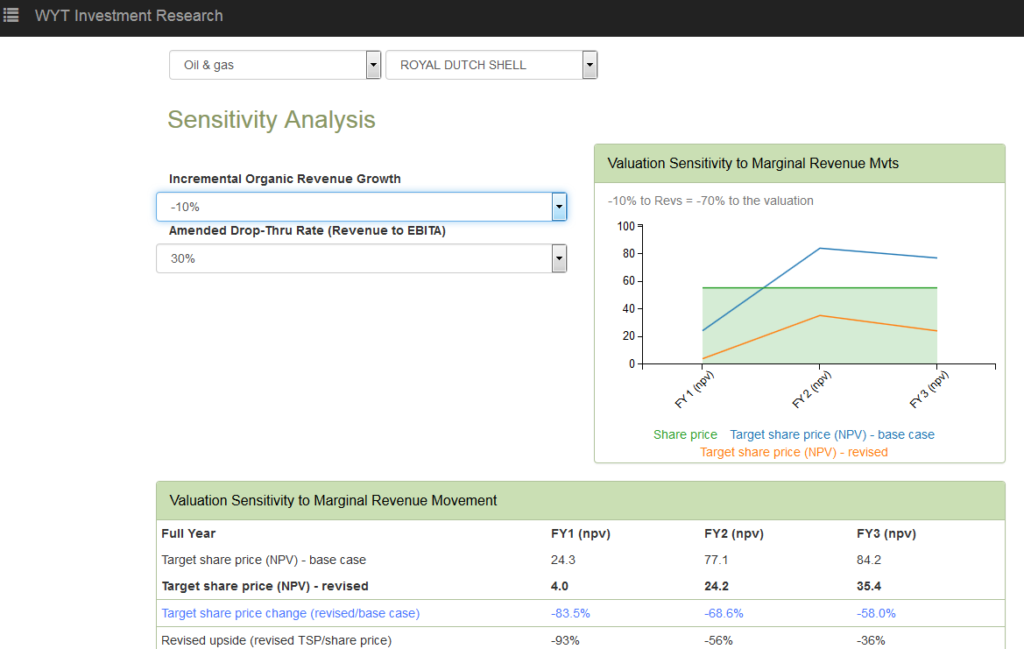 More on this and much more can be found at www.growthrater.com