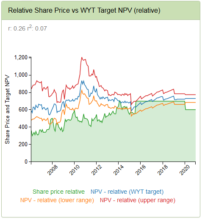 Markets love a good story. Theyâ€™re so much easier to digest than actual analysis and usually provide a catalyst for action that brokers and journalists need to stimulate a transaction. Take for example Googleâ€™s Q2 results last Thursday. The results themselves were solid, but were neither significantly ahead of street estimates nor provided anything particularly new of note to harden forward expectations. Revenues excl TAC at $14.35bn (+13.3% YoY; c.+20% at =fx) were a touch over the street estimates of $14.27bn as were the funny money non-GAAP EPS of $6.99 vs street estimates of $6.70, which were struck after a -160bps drop in tax rate and excluded a +28% YoY increase in stock compensation charges. The stock however rallied 16.3% on the announcement to close at $699.6 after â€œsoaringâ€ as high as $703.

The issue that was getting markets and commentators so excited about, was the new CFO from Morgan Stanley, Ruth Porat who had arrived in May. â€œNew Google CFO promises more disciplineâ€ proclaimed the headline in the FT the next morning, which was the theme taken up by many other commentators. As with Amazon, Google shareholders have had to accept that the founding and controlling shareholders may fritter away margins on occasionally hair-brained blue sky projects and not to expect much in the way of disclosure on costs in a business that is presented as little more than a block box; somewhat ironic for the worldâ€™s largest commercial information group. Markets know that a flick of a pen could substantially increase reported margins and the near term earnings performance, so this is an easy narrative to sell, particularly as this is attached to a new personality onto which investors can place their trust. The slight problem with this however, is that the story is running way ahead of the reality. The reality is that all this is mainly a presentational issue to manage investor sentiment and insulate the Sergei and Larry from us hoi polloi. After last yearâ€™s 2:1 split and issue of non-voting â€˜Câ€™ class shares, the founders have effectively locked in their continued voting control of Google and a CFO or any other executive will need to jump to their tune. Ms Porat has managed to successfully present a more market friendly face, but very little has actually changed; a case of form over substance. No new metrics have been disclosed or financial projections of targets were offered. Indeed, the central investment meme of 70-20-10 (70% on core, 20 on adjacent areas and 10 on big new ideas) is unchanged with Ms Porat informing markets that the phasing of the spend on â€˜big new ideasâ€™ can be lumpy due to the very nature of these types of opportunities; ie donâ€™t misinterpret a margin spike on a lower spend as this may be temporary. At the end of the day, investors are still largely disenfranchised spectators at the Sergei & Larry show and are along for the ride. A new CFO with good street credentials is a bonus and one might hope would provide valuable advice on managing expectations and returns for markets, but ultimately shareholders are buying into the founders continued vision and ability to pick and back winners. The Q2 numbers out last week were by no means shabby, with organic revenue growth at about +18% (nearer +20% excl TAC), paid clicks up +18% and an aggregate cost per click, although reported down -11%, may have been nearer -4% adjusting for the -7ppts fx headwind in the period. The near +20% organic growth in gross margins however translated into a mere +50bps advance in operating margins, again highlighting that the group remains as opaque as ever.

If markets are chasing a possible momentum story, our valuation position remains embedded in the groupâ€™s operating FCF and capacity for growth, with the bounce in the shares taking them from the lower end of our NPV range to the upper range. This is delineated by a normalised growth rating range of +4.0-5.5% on an 18 months forward reach (to Jan 2017) to the valuation horizon which is determined by the pace of organic revenue growth delivery. 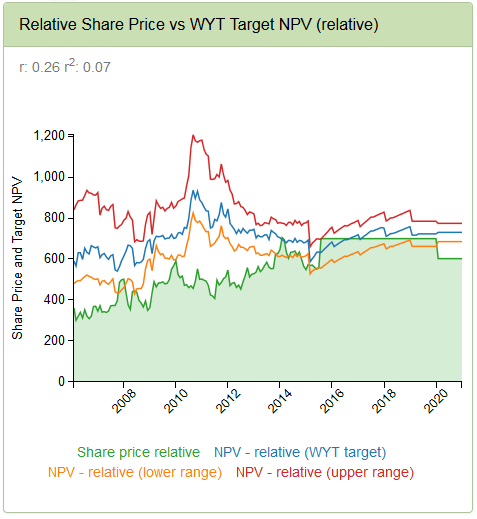 Incorporating a growth sensitive component in the Growth Rater algorithm can offer greater insight into the share price drivers for the stock. A management story can provide the headlines, but it is only when one looks at the relationship between organic top line growth and the growth rating. A good example of this was from about 2012, when the stock was looking cheap on the Growth Rater model, but was still unloved by markets. The reason for this disparity is easy to identify when one looks at our mean reversion analysis on the â€˜Horizonsâ€™ tab. While markets were de-rating Google due to its increased investment activity, the growth raterâ€™s sensitivity to organic revenue growth was more than compensating for this. As a consequence, those using the Growth Rater model would have been well ahead of all the tail end Charlieâ€™s now piling into the stock at the top! 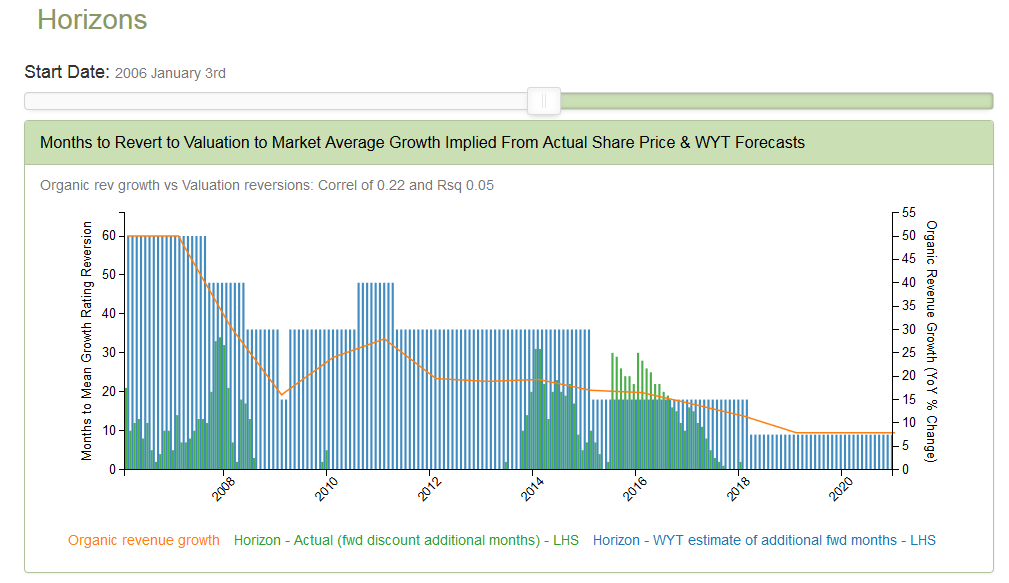 ALERT – Temporary problems accessing Analytics on Chrome – please use another browser such as Internet Explorer, Firefox and Safari