Is Italy too big to fail? 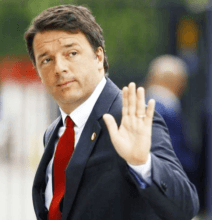 Is Italy really limbering up for a rejection of the Euro and a return to the lira, or just bluffing? The narrative would appear to be, that if the ECB won’t bail out the Italian banks with fresh Euros, then Italy should do it itself by returning to the Lira. Whether the threat cuts much ice with hardliners such as Holland’s Jeroen Dijsselbloem or Germany’s Wolfgang Schaeuble will have to be seen, although the muted reaction in overall equity markets to Sunday’s referendum vote and subsequent resignation of Italy’s Premier suggest no one’s blinking just yet, particularly should the Italian president decide against calling for an early election.

Once again the EU is trying to reconcile the inherent contradictions that lie at its heart, with its asymmetric economic and political union. Having jumped headlong into a currency union, the increasing push-back on the political front as voters reject the economic consequences of this has left countries such as Italy painfully stuck in the middle, not wanting to move forwards, but hesitant on how to move back. This is particularly difficult for banks, where fractional reserve lending and derivatives have increased the potential liquidity demands, which only access to a reserve currency can ultimately under-write. Unfortunately, while economic performance and political responsibility remains felt at the national level, control and access to the currency has shifted up to a less supportive super-national level. This asymmetry now means that a vital national interest that could have previously relied on access to this liquidity, now may not be deemed ‘too big to fail’ and have to resort to bail-ins instead.

What remains unclear with the EU is whether Schaeuble’s position is one of principal or expediency. By this I mean whether he is rejecting attempts to turn the EU into a transfer union, notwithstanding this would be its inevitable conclusion on a political union, or whether the opposition to bailouts for the southern European banks is because they do not present a systemic risk and are therefore not too big to fail. At present Germany is doing quite nicely from the low euro and debt driven consumption of its motor vehicles by its southern neighbours as it recycles cheap debt back to them via the ECB, while maintaining a hard line on any talk of debt forgiveness. What will be particularly interesting, will be whether his position shifts should it be one of his own banks that need a bailout from the ECB, such as Deutsche Bank with its €46tn of gross derivative exposure. Who knows where that pack of cards could fall and the ramifications for an economy that has been traditionally reliant for funding on its banking industry. Would Herr Schaeuble stick to the high moral ground and watch the German economy go down one of their beautifully engineered toiletten? Somehow I think we all know the answer to that, as perhaps do those Italian voters on Sunday who are implicitly threatening to bring the euro house down on everyone with a return to the Lira.