January beat for US non-farm payrolls – or did they? 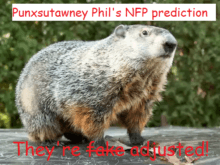 Don’t you just love it? Every month the financial community analyses the eagerly awaited US non-farm payroll numbers and impresses us all with their reading of the state of the economy and the next potential move in interest rates and therefore life as we know it.  Of course for particularly sophisticated algo funds all this can be boiled down to a ‘good’ or ‘bad’ outcome relative to a consensus ‘expectation’ by the herd on the street for that month, with the closest estimator sometimes rolled out and interviewed for his or her 15 seconds of fame.

For January, the month on month increase in total US jobs was published at +227k, which Bloomberg tells us was ahead of the +180k estimated by the street, which presumably means the economy is doing better than forecasts, which also presumably means a rate rise is more likely which is bad for markets. This, notwithstanding that average earnings where flat relative to December which reduces some of the wage inflationary fears that some of the more hysterically sensitive talking heads had been concerned about. Bloomberg meanwhile trotted out this month’s star forecaster, Mr Russell Price.

“There’s more slack in the labor market than the unemployment rate implies, but we’re continuing to make progress in absorbing that slack,” said Russell Price, senior economist at Ameriprise Financial Inc. in Detroit, who had estimated a 220,000 job gain in January. “As that happens, wage and salary growth should gain additional traction. ”

What was not so clear, was whether Mr Price of Ameriprise in Detroit or his Wall Street peers had expected the US Bureau of Labor Statistics was going to increase the seasonal adjustment this January by +165k and if the consensus interpretation of the headline beat vs expectations would have been quite the same.  From his analysis of reducing “slack” in the labour market and his expectation for future “wage and salary growth”, presumably as a precursor to higher interest rates, it would not appear that he was aware of the adjustment at the time as a flat MoM average wage and hours worked (if even these numbers can be believed) on top of an underlying private sector job growth that was in fact nearer +72k and therefore less than a third of the +227k number trumped by the consensus.  Somehow, Punxsutawney Bill might prove a more reliable sage on these matters, while also being substantially cheaper.

Perhaps the Federal Reserve was a little more on the ball here, having decided to keep rates on hold after their Wednesday meeting, indicating in their post-meeting statement that there’s still room for improvement in the job market! 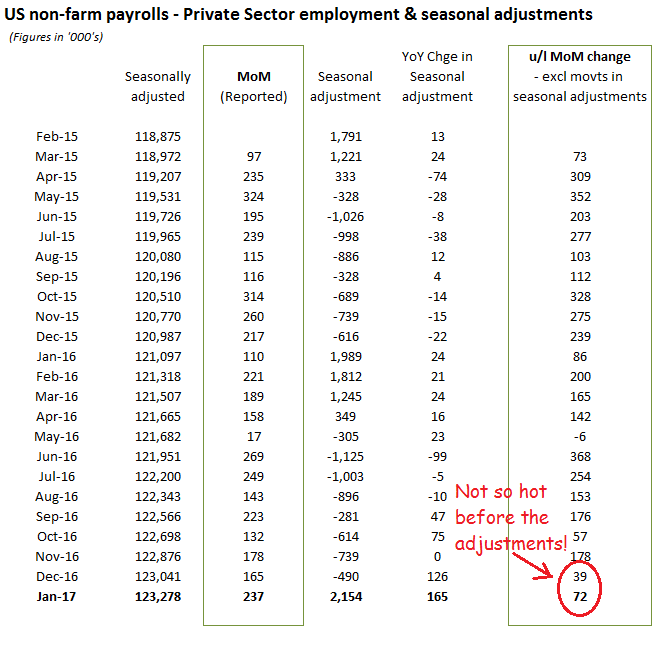 For those that like their adjusted payroll data in charts and tables, please enjoy the below:

Overheating labour market?  As you can seen from the below chart, average private sector wages have been flat-lining around +2% pa since early 2012. Include the slowing rate of net job since 2014 and the overall rate of private sector gross income growth has been declining since then. Remove the adjustment padding of the numbers and the more recent trajectory would be obviously be declining at a considerably faster rate than shown in the chart below. 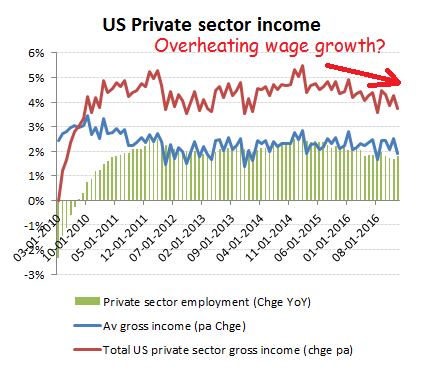 What are these guy on?

For those that like their data aggregated and in tables.  Private sector average wage growth of +2.5% on +2.2% more private sector workers is a +4.8% rise in total gross income for the private sector, but which equates to only a +2.9ppts contribution to overall GDP growth, the rest coming from public and private borrowing and including Fed debt monetisations.

By industry segment, the adjusted numbers should be enough to avoid a tweet-storm from Trump, with some pick-up in employment for goods producers and construction. Possible surprises however might be felt in retail, where the improvement in jobs seems to be at odds with the retailer trading statements and also for Financial, which beyond a recent pickup in corporate activity and continued to be crushed by regulation and financial repression. 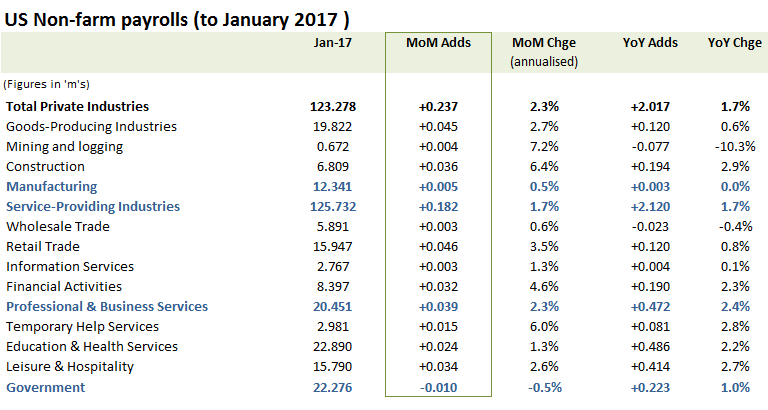