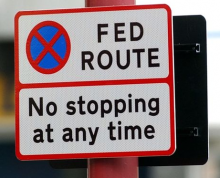 Often referred to as the plumbing behind the financial markets, a better analogy for the US repo market would perhaps be as sausage making. That is because knowing how it’s made might deter one from having the confidence to consume it.

With Federal Fund and repo rates both back down to within the Fed’s 1.50-1.75% Federal Funds target range, it might be tempting to believe the problem has been fixed. After a $400bn expansion in the Feds balance sheet it might also be temping to believe this this was therefore a liquidity problem, when it has the all the signs of being a more worrying collateral problem. With over $1.3 trillion of excess reserves of depository institutions parked with the Fed back in September, there was never a shortage of cash, just the lack of confidence to lend it out to other institutions. Quite why this was the case when we have all been assured that after 2008, that repo market collateral standards have been tightened up remains a dilemma. That is of course if you still believe that the counter-party risk has really been eliminated and the repo is backed by a real US Treasury bond. The fact that institutions preferred to have their cash with the Fed earrning ‘ziltch’ rather than at almost 10% suggests they weren’t overly confident that there wasn’t a Deutsche Bank at the end of some derivative collateral chain. Contrary to market perception that Repo collateral post 2008 is now substantially made up of Treasuries, how confident can we be of this when so much of the recent Fed asset purchases have been of MBS (mortgage backed securities).

Spikes can occur and the subsequent decline and stabilisation of repo rates have lent credence to the narrative of “nothing to see,, move along”!

Flood the system with enough cash and even the unsecured interbank Federal Funds rate has been squashed back down, but for how long?

While $180bn of the Fed’s $390bn expansion of its balance sheet has recycled back around into excess reserves lodged with it, that still leaves a net additional $210bn sloshing around in the system, with lower rates again supporting asset values, including no doubt some of the collateral being offered up to support repo lending.

When you have a collateral problem (ie a shortage of acceptable quality collateral) then it makes sense for the Fed to focus on this class of asset rather than Treasuries. The continued intervention however, suggests a considerably longer tail to this problem than just the “one off” narrative being spun after the September spike. Unfortunately, financial institutions know how this sausage has been made and seems unconvinced that much has been fixed since 2008 beyond keeping the asset bubble extended.