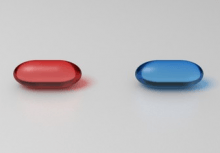 “Everything is awesome” it seems for equities. An accommodating central bank, another goldilocks US jobs number, reducing trade tensions, de-escalating war drums in the Gulf and also reducing political risk as the US seems on track to follow the UK by keeping the fiscal crazies away from the government purse strings, when they go to the elections this coming November: What could possibly go wrong in this seemingly “meilleur de mondes possibles”?

An elevated valuation for equities might be one reason for caution and to possibly take some cash off the table, with a market operating free cash flow yield approaching only 4% for 2020 (see market ecc section). While the forthcoming Q4 reporting season, which kicks off this week, may provide a catalyst, if the trends are anything less than stellar, my deeper concern is a market that has run more on the narrative of the resumption of US Fed easing, rather than its actual contribution. Mix in the worrying volatility in Repo markets which look dangerously fragile and akin to the Fed’s failing attempts to push on the proverbial piece of string, together with what happens after November and one may have cause for concern. Whether this is ahead of a short term correction, before a market that is again massaged up ahead of November’s elections, or something deeper, is difficult to assess yet, but investors need to be on their toes.

Issues are nuanced, but decisions tend to be binary.
For the UK, this has recently been evidenced by the various Brexit votes, which are nearing resolution. Get Boris, and you don’t get Corbyn and his version of marxist utopia, but you also finally get a resolution of Brexit, which on the continued intransigence of those still insisting on imposing EU laws here and exploiting our territorial resources suggests us leaving on WTO rules by the year end. With Boris opening the purse strings, this therefore suggests further debt monetisation and Sterling weakness until we start signing up alternative arrangements, such as with the US.

For the US, the binary choice that counts, will be in November. Get a clean sweep from the GoP across both Houses of Congress and the Presidency and the US would avoid some of the Democrats Corbynist type policies, evoking perhaps a similar sense of relief by markets as seen after Boris’s election. A post-election US, with GoP domination however, might be a very different world to the UK today. Those used to bond market birdsong, ought to stop and listen to what the GoP fiscal hawks are singing…..nothing. Indeed the silence is deafening. Don’t they care anymore about debt monetisation and $1 trillion a year budget deficits? Sure, but they’re not going to scare the voters ahead of the election and risk Venezuela for a few more months of madness. The lack of hawkish birdsong therefore ought not be misconstrued at meaning US Fed easing will be never ending and it is incumbent on all investors to start to anticipate when markets will begin to discount a return to more honest financing.