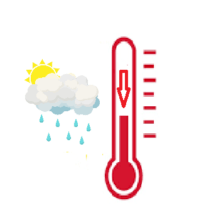 Markets weren’t expecting much from the August non-farm employment data and they didn’t disappoint. While average wage growth remained solidly above +3%, the underlying rate of private sector job growth slipped back to an anaemic +64k, with +15k of this coming from temporary help. Although comfortably ahead of the level of contraction that would signal an imminent recession it will probably be enough to sustain market hopes of the Fed remaining on an easing tack until such time as a trade deal is concluded with China.

Once again, increases in the seasonal adjustment have inflated the reported MoM private sector jobs growth with the underlying trailing six month trend now barely above +100k per month and exhibiting a worrying negative trajectory. While the still positive MoM number is not (yet) signalling recession, the reports that the Fed has recommenced some limited QE suggests the current easing bias is unlikely to reverse soon and perhaps not until after the 2020 elections.

For those in employment however, the average hourly wage growth remains buoyant, notwithstanding the rise in temporary job positions in August. Year on the the increase of +3.2% was just shy of July’s +3.3%, although annualising the MoM increase raises this to over +4.5% pa. Including the higher employment position, total private sector wages in August were approximately +4.5% ahead of last year.

By industry segments, the positive outliers, both absolute and against the YoY comparatives came from Temporary Help and Government categories, which perhaps is not that encouraging. The only meaningful reversal however was from ‘Mining and Logging’ where oil prices continue to struggle to hold above $60/bbl, and many frackers breakeven point, Elsewhere, growth from manufacturing and construction was a little easier, albeit probably not enough to draw much in the way of a meaningful change of trends for either.