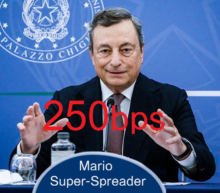 Markets may be focused on rising inflation and bond yields, but this doesn’t fully explain the forces at play here, or the potential ramifications. One of these can be seen by the diverging spreads in government bond yields as an enforced tightening monetary policy removes central bank ability to artificially suppress funding costs for the ‘chosen’.

Relative bond spreads are of course a reflection of relative default risk, but for the EU and ECB it represents something more existential. That is because the entire edifice of the Euro and EU is built on a fraud; that being that it is not a transfer union. Kick away the support from the ECB’s money printing and expose that default risk in higher rates & spreads for most of the Southern member basket cases and see how quick their economies crater and along with it their support for ‘ever closer union’ with Brussels. The rising spreads against the Euro19 average for states such as Italy are a serious warning and challenge not just for the Italian economy, but for the Euro and therefore the EU.  Unlike in 2011, inflation and competition for credit from a tightening US Fed will limit the ability of the ECB to suppress bond yields and continue to support structural government deficits, thereby raising the spectre of a negative feedback loop of rising rates exacerbating default risk in these weaker member states.  As this also has implications for the overall stability of the EU and viability of the Euro, this will soon challenge the ECB’s attempts to forestall rate increases and may even herald the introduction of exchange controls. 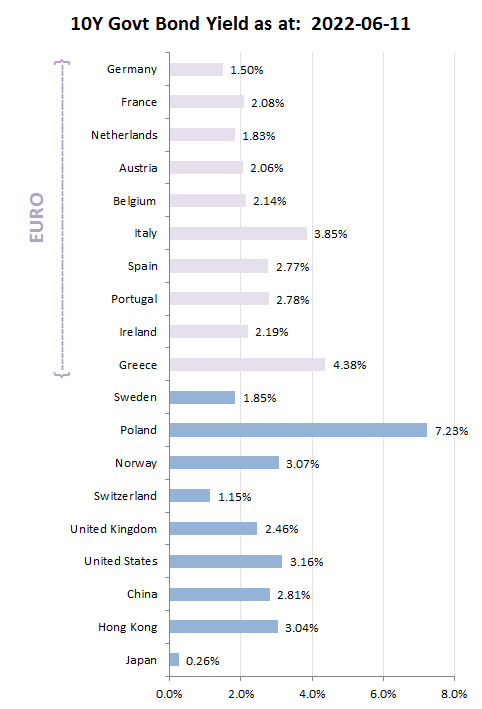