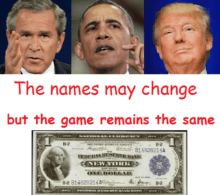 After raising its Federal funds target range to 0.25-0.5% in December 2015, Yellen has waited exactly a year and now edged up rates a further +25bps as the target range is raised to 0.5-0.75%, while also signalling that these could rise to around 1.4% by the end of 2017, thereby suggesting three further +25bps increases over the next year.

The official narrative is that being ‘data driven’, the Fed is merely responding to low unemployment and rising economic growth to normalise rates in order to head off potential inflationary threats. ‘Baloney’ as they might say in America. Even a cursory look at the components to Q3 US GDP growth with its soya bean exports one-off or inventory restocking against falling consumer confidence would tell you this. As for the unemployment rate, we have already pointed to the meaninglessness of this statistic when participation rates are falling, the mix of temporary workers is increasing and average wage inflation is barely above the official CPI rate.

So having also promised 3-4 rate increases for 2016, Yellen has delivered only the one, and that right at the end of the year and immediately ahead of a new administration. Is this merely coincidence or perhaps a nefarious plot by a politicised Federal Reserve to hog-tie the incoming administration between slowing GDP and hostile members of his own party in the legislature to his deficit funded stimulus plans?

So who might benefit from a policy of tough talk on rates, but a short walk on action when the net effects is to support demand for US dollars without harming domestic consumption? With the US government already running a real deficit of over $1tn pa, they need buyers of US dollars to fund the shortfall, either honestly through funds raised from treasury bond sales or surreptitiously by some form of money printing such as QE. With Trump’s aggressive stimulus plans (including tax cuts), this is only going to get more pressing. The client’s name may change, but the agenda of the new executive remains the same, as does the function of the Federal Reserve.

To think that the Federal Reserve would do anything other than support the administration that would otherwise be their nemesis would be a mistake. These guys are anything but stupid and they know not to bite the hand that feeds it. I think one can safely assume therefore that yesterday’s modest rate rise and tough talk on future rate hikes has been done with the full knowledge and approval of Trump as it serves his purpose well.

So it seems therefore we are back playing the same game. There will be initial pressure on equity valuations into the start of 2017 as rate fears and haggling over the stimulus plans increase perceived risk of GDP slowdown and political gridlock, followed by horse-trading and a watered down stimulus plan that restores demand for risk assets. In the meantime, the combination of an ‘America First’ trade policy together with the yield premium (and rising) on US dollars while Euro and Yen are pushing NIRP will ensure US dollar support when the printing recommences in earnest and Congress ups the Federal debt cap to $25tn!

For those that would like more Fed forecasts for posterity, I have included their key current estimates versus those made by them following the 21 September FOMC meeting. These include: