If rates rise, it won’t have anything to do with the US jobs data 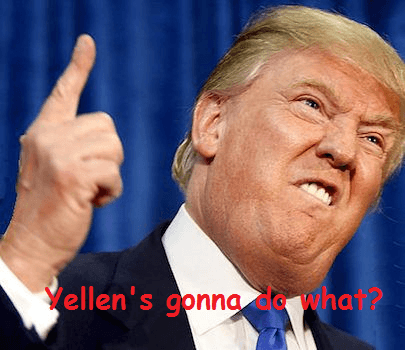 It’s the first Friday of the month again and I’ve woken to Punxsutawney Phil and predictions of imminent interest rate increases following the traditional release of the US non-farm payroll numbers; this time for November. Notwithstanding these are probably even less meaningful than normal given the Presidential elections at the beginning of the month it hasn’t deterred the usual suspects from the mainstream media from reporting (perhaps a little too gleefully) that their least favoured candidate may be facing a rate rise as he ascends to the Presidency in January.
Punch in a Google search for “US jobs interest rates” and I get a wall of worry. Here are the first few, but I’m sure you get the message – Having waited and waited, allegedly until the data demands it, the narrative is that Yellen now will be left with no choice but to pull the rug under the US economy with a rate increase, just as the opponent of the administration that appointed her is about to take office – LOL!:

So what are these spectacular payroll numbers to warrant such a move after all these years? Perhaps it was the headline reduction in unemployment from 4.9% to only 4.6% in November, although if anyone takes these numbers seriously, given the collapsing participation rates, they are deluded. If they mean anything and really reflect a tightening of the workforce, it would show up in average wages and an increase in hours being worked and it is not. For the private sector average hourly earnings are in fact slightly lower (by -0.12% to $25.9 p hr) compared to the prior month while the number of hours worked is unchanged at 34.4 hrs pw. On a YoY basis, this therefore represents a slight slowdown on an already muted growth in average weekly wages to only +2.2%. Include a YoY increase in private sector employment of +1.7% (vs a population rise averaging >+0.7%, excluding illegals) and total private sector earnings are increasing by a mere +3.9%/+$212bn annually (to approx $5.7tn), which contributes only approx +1.1ppts to overall US GDP growth. As the limited contribution suggests, if US GDP is rising by nearer +3%/>+$500bn pa, then where’s the rest of the growth coming from? Well, if it hasn’t missed your attention, Federal debt is still rising by well over $1tn pa. (http://growthrater.com/us-reported-federal-deficit-587bn-dwarfed-cash-deficit-1-4tn/).

Sure, Yellen can raise rates, but it has nothing to do with the data and may be no more than a cosmetic device to maintain confidence in the US dollar ahead of further debt monetisation under Trump and his deficit spending proposals. If Yellen and the Fed has gone rogue, then the consequences could be severe, as no doubt she will be well aware of. Notwithstanding the negative impact to US consumption and GDP growth expectations, how will the ECB’s NIRP strategy fare when Italy might also be heading for an ‘Itexit’ referendum, or emerging market borrowers already struggling to service an appreciating US dollar debt? The more immediate consequence however might be closer to home. Trump has made no secret of his criticism of the Fed or that he is flirting with abolishing it. Having vacated the moral high ground of fiscal probity during the Obama administrations, it seems doubtful to believe the Fed has suddenly discovered a conscience and will do anything other than continue to dance to the new organ-grinder’s tune. If rates do go up this month, be assured it will be done with the approval, if not behest of Mr Trump, possibly to provide political cover for any slowdown into his tenure, rather than as a response of an overheating economy and labour force.

Before looking at the fine detail, it’s useful to stand back a bit to get some perspective on US private sector employment trends as these are currently being used to justify calls for a rate increase.

First is the issue of the unemployment rate dropping to a 9 year low of 4.6%. Well let’s take a quick look at how employment has changed over this period. From November 2007 to November 2016, Private sector employment has increased by 6.946m (+6.0%) to 122.9m, but this is under 32% of the increase in the overall US population, which is up +22.0m (+7.3%) to 325.3m over the same period. Even the official statistics concede a participation rate that has shrunk by -3.3ppts from 66.0% to 62.7%. What this misses however is that the growth in private sector employment was only +5.1%/+5.821m during this period if the +60.8%/+1.126m increase in Temporary workers are excluded.  That means that against the 22.0m increase in the population since November 2009, an average of only 26% (yes only a little over a quarter) have found full time jobs in the private sector. On a monthly basis, this represents an average MoM increase in full time private sector jobs that has been averaging only about 54k per month.

So what of the +156k private sector job added in November 2016? Well the good news is that with the election now over, there is less incentive to skew the seasonal adjustments which added +107k to the originally reported numbers for October. That means that excluding seasonal adjustment changes, November saw a +166k increase in private sector jobs, albeit with October’s numbers revised down slightly from an already low +37k, now to only +31k. Given the giggery pokery one ought to expect ahead of an election, if one were to aggregate October and November to get a more representative sample, this would suggest an underlying monthly private sector net job addition of around 99k. Exclude temporary job adds and this figure would shrink further to under +88k per month.  Again, if the Fed does indeed raise interest rates this month, it will have very little to do with these labour market statistics. 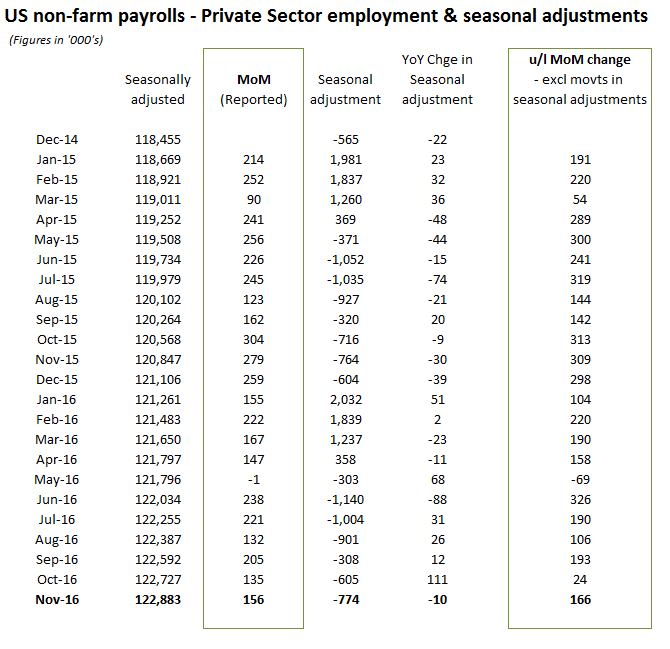 By sector the trends are broadly similar to what we’ve been seeing for some time now. The service sector is providing the vast majority of the net job creation. Rising oil prices and rig counts continues to be reflected in stabilised employment in the mining & logging segments, manufacturing remains in decline while for Information services, the pickup in October proved short-lived, albeit as expected. 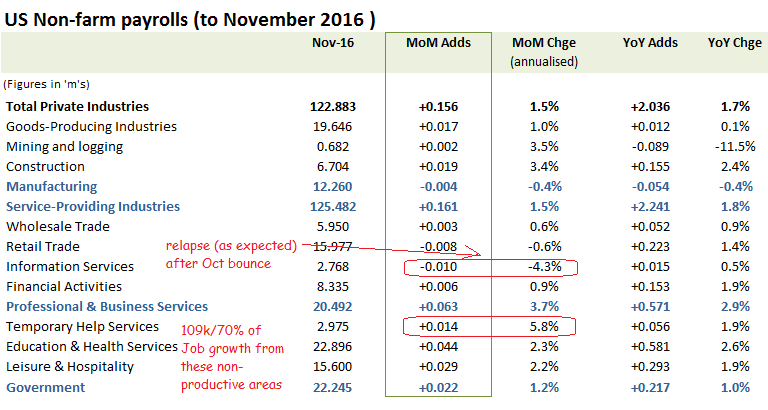 Growth is in social support rather than creative/productive activities 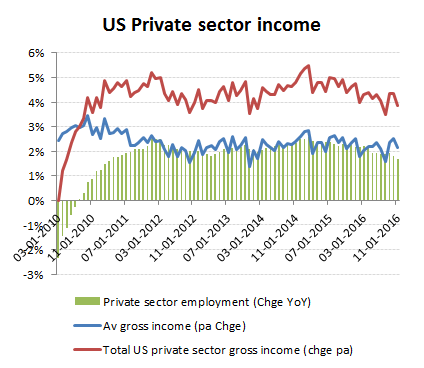