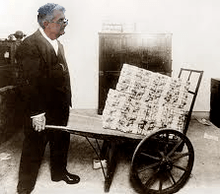 So 9 years after Mario Draghi salvaged markets with his infamous “Whatever it takes” promise by the ECB, his current counterpart at the US Federal Reserve, Jerome Powell is attempting to repeat the trick, with his testimony to US House of Representative this Monday (21st June) where he promised “We at the Fed will do everything we can to support the economy for as long as it takes to complete the recovery“. Hardly very original, but the initial response of markets to having ever MOAR liquidity for its party punch-bowl has been well received, particularly as Powell accompanied his easy money promises with a downplaying of the longer term inflationary risks.  For now, markets seem happy to run with this ‘Goldilocks’ scenario, if only because the shear weight of liquidity is looking for a home and there’s still money to be made in running with the pact.  So endless fiscal stimulus supported by easy monetary policy and a bond and currency markets that haven’t been spooked, with US 10 year treasury yields easing lower, gold prices depressed (below $1,800/Oz) and the US dollar holding on to recent gains, what could possibly go wrong? 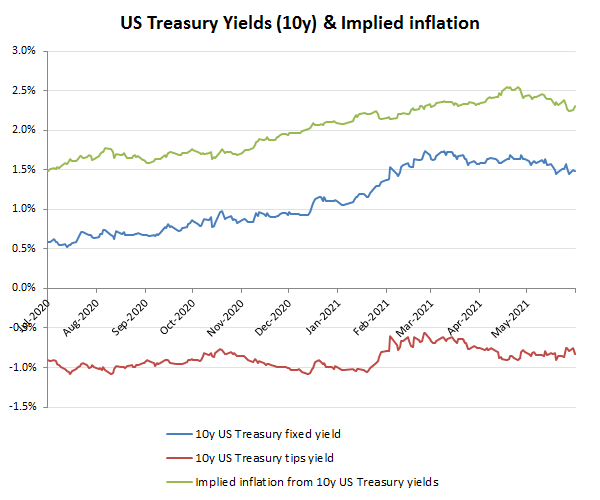 Yields stabilise, but why? 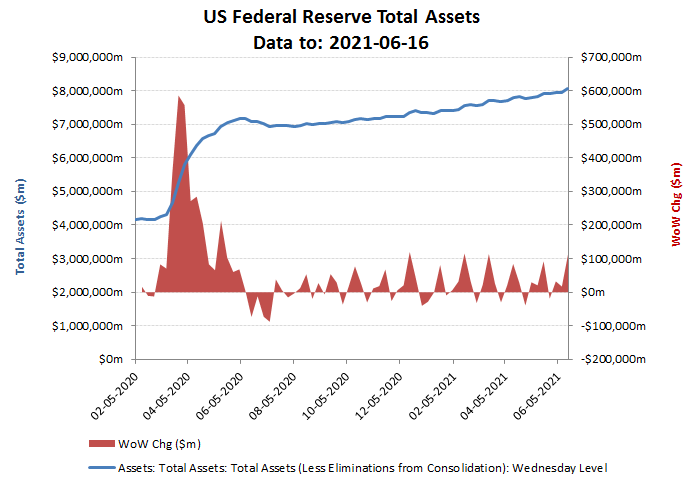 When all a Central Bank has is a monetary hammer, one ought not be surprised that all problems and solutions are framed as nails.  Short term, the US dollar had stabilised, but in large part as a function of the expectations of a tightening monetary response to rising inflation, which in large part has been a product of years of irresponsibly loose fiscal and monetary policies hitting the brick wall of both falling GDP due to ‘pandemic’ lockdowns, but also the underlying ROIC inefficiency of those past investments. Treasury yields and implied inflation from bond markets may seem to be coming off their peaks, but again, much of this is illusory and a function to massive bond purchases by the Federal Reserve itself. In the last week alone (to 2021-06-16), the Fed balance sheet asset position has expanded by almost $112bn, taking the rolling monthly total to over $230bn, while since the start of the Biden administration, the cumulative total is over $730bn.  While this seems to be goosing home prices as money manager rentiers snap up properties, this is hardly a route to future prosperity as we move closer to that World Economic Forum 2030 prediction from 2016 of  “You’ll own nothing. And you’ll be happy. What you want you’ll rent, and it’ll be delivered by drone.”

From here, I would keep a close eye on the level of the US dollar and also Gold prices. Any deterioration in the former and rebound in the latter would suggest markets will see through what may prove to be yet another attempt by a central bank to talk to talk, rather than being able to walk the walk.