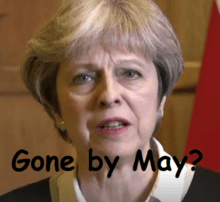 As a student of history, Putin is probably well aware of Napoleon’s maxim of  “Never interrupt your enemy when he is making a mistake”.  The US, France and UK may well feel empowered this morning after attacking Syria with around $200m worth of missiles, but what have they achieved? The Syrian military has not been seriously degraded and without a military response from Putin, the excuse for an escalation to what some parties had hoped would lead to a regime change will again wither away. Assad, Russia and Iran will then be free to finish off mopping up the remaining insurgents, thereby removing what remains of the flimsy legal justification for foreign military incursions into Syria.

As for the chemical weapons pretext, the involvement of OPCW will provide some independent verification. By launching the attack on the evening before OPCW investigators were due to arrive in Douma however, carries a significant risk to US/France/UK; not militarily, but politically. If these ‘leaders’ can’t marshal electoral support, then they are toast. Of the three, Macron is perhaps in the safest immediate position given the length of his remaining tenure as President; albeit he can kiss goodbye to presenting himself as the leading EU stateman. For Trump, things could become a little sticky, but only if the Democrats were able to recover control of Congress in the November mid-term elections. Without Congressional approval for these attacks, Trump could then find himself exposed to an impeachment process for what could be presented as an illegal war – not under ‘International’, but US constitutional law.  Start returning troops back from Syria by then and US electorate memories are short, particularly if Trump can add some wins on trade to the already popular tax cuts.

For Theresa May however, the stakes are much higher. Already embattled with her handling of the Brexit negotiations, the decision to take pre-emptive action on Syria without a parliamentary debate and vote, pins this policy squarely on her and her cabinet. After the WMD fiasco under Blair and the numerous holes in both Salisbury and Duoma narratives, anything but a full endorsement by the OPCW investigators will probably sink her administration. What that means is that the OPCW needs to validate that both nerve and chlorine agents were used and also by Assad.