It’s not exactly rocket science to work out that upstream oil profits and therefore oil major share prices are sensitive to prevailing oil prices.  It therefore ought not come as too much of a surprise then to see sector share prices respond favourably to the better than expected rally in oil prices, with Brent hitting $74/bbl against the most recent (April 2018) EIA SEO (short term energy outlook) forecast, that had it at only $61/bbl for April and plateauing at around $65/bbl by the year end. 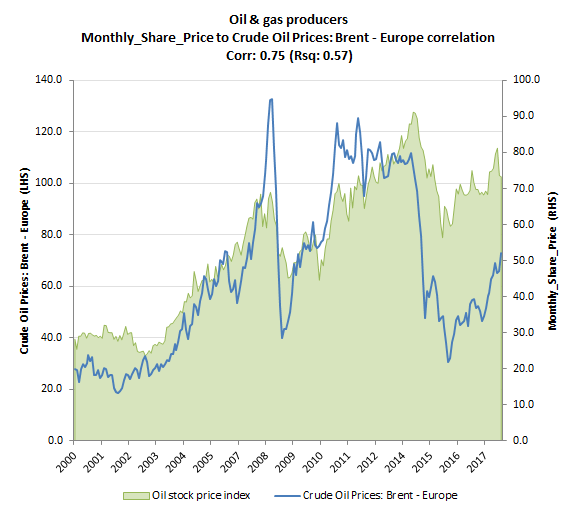 Combine a poor forecasting record with the current momentum driven markets and it doesn’t take much to extrapolate the recent trajectory up to even higher price expectations. $80/bbl is obviously the next round number, but that hasn’t stopped some amongst the oil producers from suggesting a return to perhaps $100/bbl. To put that into context, against the GrowthRater sector coverage (BP,CVX, XOM & RDS), I estimate current share prices are still reflecting oil price expectations of $70-75/bbl. Plug in >$80/bbl and the rally could have further to run. Factor in >$100/bbl against the pruned cost bases after the last fall and the additional upside could be quite significant, even assuming some partially offsetting E&P re-investment.

The message seems to be, as always with this sector, ‘first, pick your oil price’. Plug in $80/bbl and as with the hedge-funds in the above Bloomberg article one might wish to join the band-wagon.

Not all pundits however, appear to share to the enthusiasm in a rising oil price.  Perhaps the below tweet by POTUS is merely an attempt to mollify US gas-guzzlers, but his reference to the current supply-side dynamics in oil are not without merit and are supported by the EIA data.

Inventories are down from their peak last year, but remain historically high, suggesting a possible over-hang unless this is mopped up by a supply deficit. 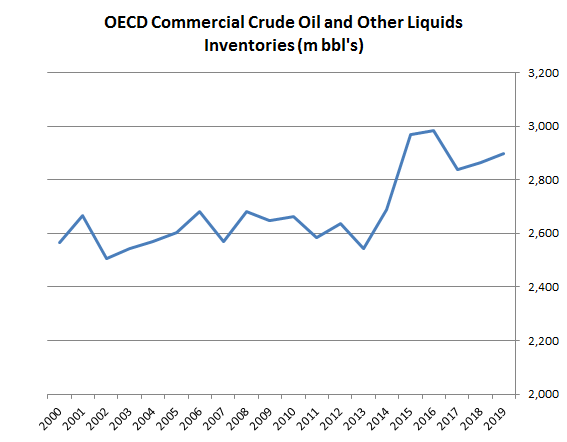 According to the EIA data however, this is not expected. Notwithstanding the OPEC cartel agreements with Russia on production caps and setbacks in Venezuela, higher oil prices have bumped up non-OPEC production (particularly the US) which is forecast to move the market into an over-supply position. 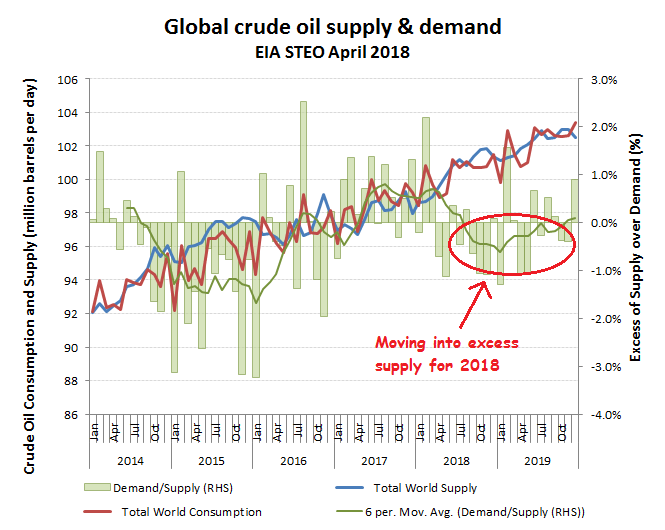 Overlaying the global oil production/supply balance against the oil price may not provide a perfect correlation, but the broader trends are fairly clear from the below chart. The current oil price trajectory it seems is at variance with the projected over-hang in supply and particularly in context of the still high levels of inventory, albeit this may just be a function of the supply fears surrounding the US missile attacks on Syria and elevated political tensions with Iran and Russia. Higher than expected oil prices however, will only serve to stimulate even more exploration (and fracking), which in turn will add yet more supply to an already increasing over-hang in supply. 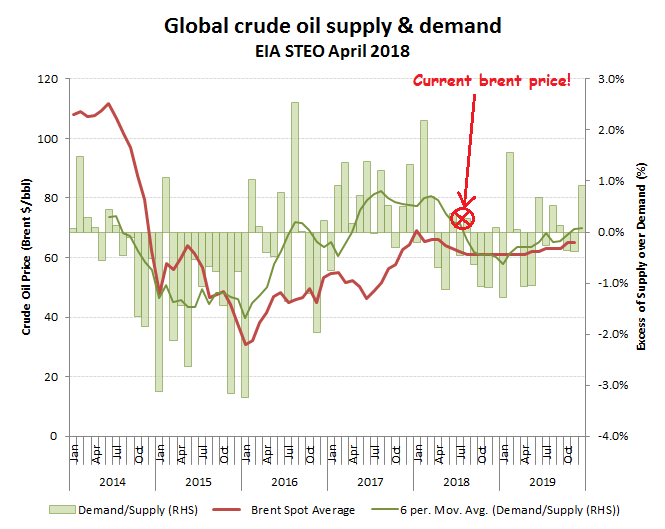 The oil majors have restructured to live with oil at below $60/bbl, while the US fracking supply has come back on stream rapidly at around these levels. As a consequence, US dependency on imported oil has more than halved (see below chart), to only around 10% of consumption. What that means is that the US is still a net beneficiary of low energy prices, but at not so low a level as crushes the higher marginal cost fracking suppliers. Oil dependent Saudi and Russian suppliers would clearly like to squeeze up prices as far as possible, but the ability to talk up the price beyond $80/bbl will be facing the commercial headwinds of over-supply and high inventories.  Remove some of the production threats and include higher funding costs (demand implications and storage costs) and the current long trade in oil stocks could quickly begin to look a little crowded. 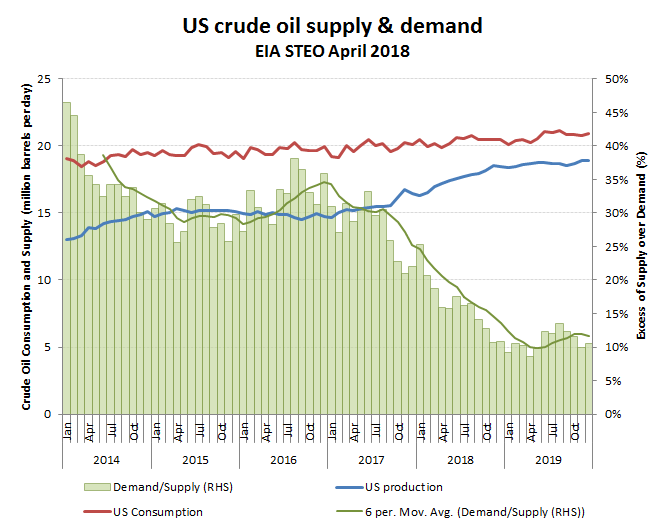 US is still a net consumer of oil, but only just