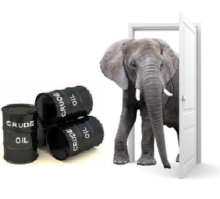 If unplanned outages from Canada and Nigeria (of approx -2mb/d) have provided the supply side contraction behind the rebound in crude prices, China’s PBOC credit injection of $1tn in Q1 has helped to deliver the demand side component, which along with ECB and BoJ NIRP, have also helped keep the record levels of global inventories on the sidelines.

Data this week from the ‘General Administration of Customs’ show an increase in crude oil imports into China for the year to date (end May) rising by an average +0.99mb/d (+14.9%) YoY, with April-May up by approx +1.25mb/d (+19%). Notwithstanding the faster than expected ramp-up in Iranian exports, Q2 global crude demand therefore may well have exceeded supply, albeit already broadly reflected by the near doubling in crude prices from their lows earlier in the year. 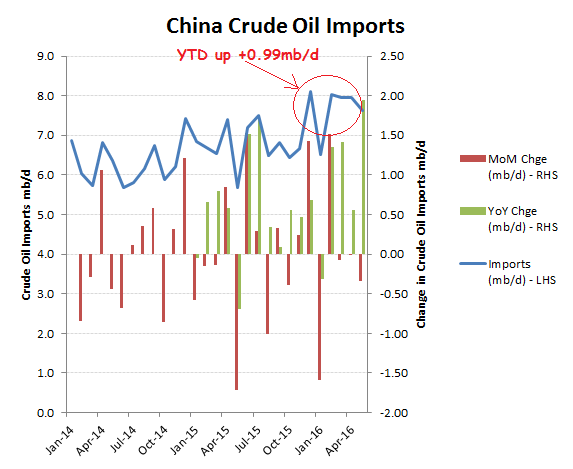 More important, will be whether the factors underpinning the current upbeat price expectations by markets will be able to persist into the second half of the year. On the supply side, a part, if not a substantial part of the Q2 outages ought to be resolved. Canadian production should return quickly, although potential production increases from war torn Nigeria and Libya will remain sensitive to political and military developments in these regions. Rising prices have also made it more difficult for OPEC to agree any form of production cap and has already slowed the pace of contraction in US fracking output. On balance it would not be unreasonable to expect an H2 supply pickup of around +2mb/d vs Q2.

On the matter of demand we already have highly accommodative central banks in the EU and Japan while the apparently successful Q1 stimulus by the PBOC might suggest prospects for more of the same over the remainder of the year. This however would be a misreading of the Q2 oil import surge, which owed less to any underlying recovery domestic demand, as evidenced by a a 45%/+2.2mb/d (equivalent) increase in gasoline exports YTD. Low oil prices and easy money stimulate speculative purchases of crude, but also downstream activities such as refining.  The greater proportional and absolute increase in refined products being exported versus unrefined crude being imported however suggests that the H1 increase may not be sustainable. 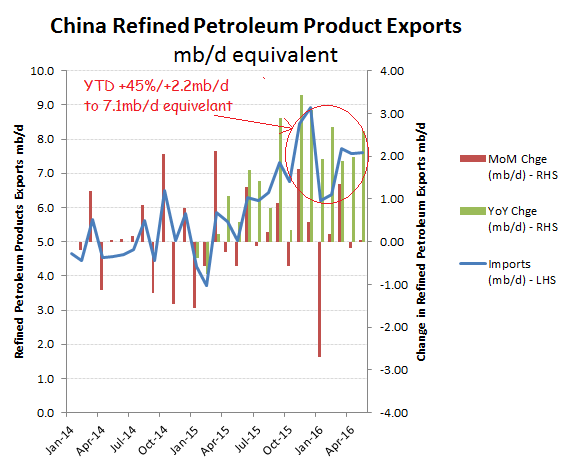 The elephant in the room though remains the excessive overhang in global crude inventories that have built up. While low interest rates and expectations for price increases from the deep pricing trough at the start of the year can keep this on the sidelines as prices recover into an improving supply/demand balance, this may not be the case from a price base of $50/bbl and should the Fed harden interest rates into H2. With global inventories approx 400-500m bbl above trend at 3.1bn bbl, this would take over a year to return back to its historic range of 2.5-2.7bn bbl even if agreement could be reached amongst producers to curtail production to no more that 1 mb/d less than consumption. With such an agreement still no closer, it may require another stampede for the exit by speculative inventory holders to restore the required consensus; something not obviously being reflected by current stock valuations which seem to be reaching up to at least $60/bbl. 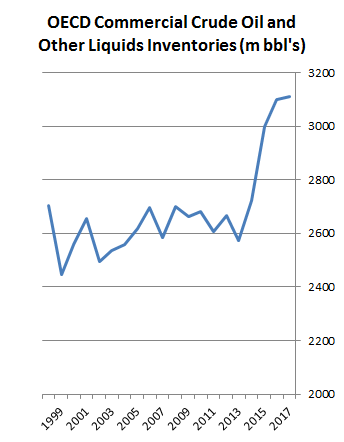 The >3.1bn barrel elephant in the room!