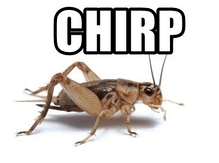 “When the music stops, in terms of liquidity, things will be complicated,” Chuck Prince  (former Citi CEO) said in 2007. “But as long as the music is playing, you’ve got to get up and dance.”

UK house prices are up another +10.9% according to the Nationwide and stock indices the World over are soaring notwithstanding a pandemic that will have cut the best part of 10% from the Global economy, even using narrow GDP metrics, which won’t capture the full impact from all the money printing. Indeed, last October’s Harvard study by David Cutler and Lawrence Summers suggested a figure of nearer -$16tn, or over -16ppts of cumulative impact and this was before the additional ‘waves’ and extended lockdowns, so presumably a revised version on a similar methodology would suggest and even greater impact now.

Short term, the additional liquidity from debt monetisation can paper over the immediate contraction in output, but ultimately this is only deferring the impact to future consumption either from higher taxation, inflation and or interest costs.

At some point the music will have to stop and then at that point we’ll see who’s still dancing.