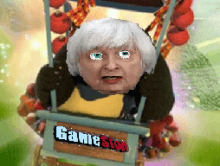 It should be fairly obvious that when supply exceeds demand, then prices will fall. Print more fiat cash than one is growing the economy and you’ll end up with currency debasement, even if initially governments and their central banks can spin this as asset inflation and some sort of spurious economic success story. Spew out enough paper and derivatives and one can do a good job in hiding the inflationary, if not hyper-inflationary consequences of this strategy, but ultimately investors will demand good delivery.  Unfortunately for Gold and Silver markets where prices have been suppressed by a paper market that exceeds the real stuff by a factor of well over 10x, this might prove embarrassing for this financial institutions who have been selling pieces of paper promising the real stuff, but clearly unable to make good delivery thereof .  While none of this is new,  first Bitcoin and then GameStop and now Silver has begun to reveal the fraudulent manipulation of uncovered shorts, particularly when held to deliver on the real stuff.

This doesn’t mean that the GameStop brigade will win their battle, they won’t, but the war now does look to have turned.  There is no way to win in a crooked casino, but that doesn’t mean one has to play there in the first place.  GameStop longs will ultimately fail and need to close positions once the vested interests including SEC, banks and financial institutions either close the GameStop listing or force/encourage GamesStop management to sell out with a massive equity placing that will sweep the longs away and cover the hedgie shorts. Similarly, for precious metals, one shouldn’t be surprised when exchanges change the rules (with government sanction) and force delivery in a fiat equivalent and no doubt after already being manipulated down by further issuance of paper derivatives.  Unless you’ve been asleep for the last decade, you ought to have noticed that we’ve been living in a command financial system where markets no longer price the cost of capital, but where central banks and governments select their usually partisan supporting winners, albeit with perhaps the inevitable consequence of an increasingly inefficient capital allocation and falling returns and marginal growth. As with the Soviet Union, this form of ‘crony capitalism’ is doomed to failure, the question is just trying to anticipate when.

Bitcoin, GameStop and now Silver won’t bring down the system, but the overt manipulation by the casino owners will make the fraud increasingly unacceptable and it will be that that will force change.  It is no accident that first physical Gold and now physical Silver prices have been soaring while central banks pump out liquidity and cheap credit to the usual suspects.  Buying in their own debt (shit) as a way of artificially suppressing interest  rates and hiding the massive re-distribution scam being perpetrated however, can only persist as long as implied inflation rates can be suppressed.  Once these implied rates from bond yields break out and the tsunami of existing debt and interest liabilities will rapidly spiral into a fully fledged currency crisis. Uncovered shorts by central banks funded financial manipulators are another symptom of the malaise, but may now also constitute the long awaited catalyst for a reset. Whether this is via a return to ‘sound money’ and a Quantative Tightening (QT) or a being flushed down a hyper-inflationary toilet has yet to be determined, but either way these will constitute reductions in real consumption and growth prospects for our economies. At the end of the day, there are no free lunches and the question is always merely who pays and when!

Gosh, the Fed prints credit and suppresses interest rates to fund inefficient Govt deficit spending and investors would rather park their assets into a zero yielding instrument such as Gold, particularly the physical stuff,

But hey, if Gold is now a safe haven and even Bitcoin, why not other traditional asset classes and precious metals, which also have thousands of years of history as both a medium of exchange and store of value such as Silver, as long as its the real and deliverable variety rather than the paper versions that may prove as fungible as the Bank of England promissory notes to pay the bearers pounds of silver.

After fat-lining for a couple of decades, even Silver has been re-discovered!

So when does this pyramid scheme collapse I hear you ask? Well basically when investors no longer have confidence in taking bankers pieces of paper and promissory notes.  The public exposure by retail investors of the shorting manipulation of the GameStop stock price by hedge funds is but a minor example and may yet be dwarfed by the corruption revealed by the those seeking to protect the vested interests. The shift into other asset classes such as crypto currencies and now into physical delivery of precious metals merely further exposes the uncovered short-selling manipulation of fiat funded sellers and further encourages ripped off investors seeking to play in a less corrupt casino.

The ultimate health of this system however, can be evidenced not just by the interest rates that have to be offered to sell debt, which has been distorted by QE buying, but also by the implied inflation expectations being priced into Treasury bond prices. Keep implied inflation below +2% and the Fed can keep playing the game, but see this rise and the existing overhang of debt could see this rapidly spiral out of control. The choice is simple, either go full retard and risk a currency (and therefore debt/economic) crisis or be forced into remedial action again, which would include a combination of and/or QT, fiscal tightening, tax rises, none of which seem particularly conducive to markets. 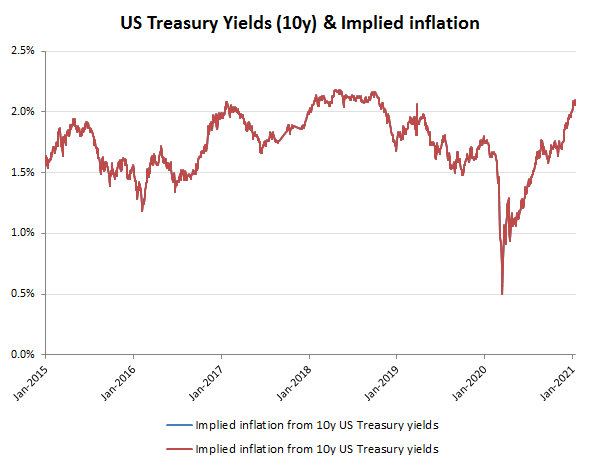 The rate that rules them all