UK election special – Theresa May, or perhaps not! 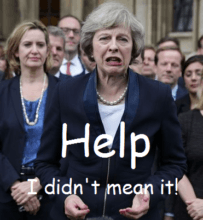 Oh Theresa, why oh why?

Was it personal ambition and vanity that led you to risk an overall party majority for what YouGov is now projecting will be another hung Parliament, including the possibility of a Labour led administration? And this would not be the Labour of Blair or Brown, but a return to the Labour of the 1970’s.

For markets this brings us a step closer to that nightmare scenario of being stuck halfway down the Brexit pipe, facing years of uncertainty with the added prospect of driving what little investment that remains offshore as we return to an even higher tax and spend economy.  While new voters will understandably be attracted to Corbyn promises to scrap tuition fees and possibly even outstanding student loans, the oldies may be less convinced, notwithstanding May’s appalling handling of her ‘Dementia’ tax policy. This group though will remember the days of 98% marginal tax rates, collapsing house prices and when you couldn’t even get buried. They may be understandably furious at May and take pleasure in telling the pollsters that they’ll vote for Corbyn, but ultimately their interests will be to keep the Tories in, to at least see us through the Brexit negotiations, however much that may stick in their craw.  Notwithstanding the below prediction by YouGov, I’d still expect the Tories to retain an overall majority as this and the narrowing polls strips support from UKIP to the Tories.  However, those wishing to model a hung Parliament and a probable Labour administration with its negative impact on Sterling and domestic GDP outlook, should check out the sensitivity section in the GrowthRater Analytics section. Here you can model the lower end of the organic revenue growth ranges on some of the UK domestic exposed stocks (UK retailers, Hotels, Rail Operators (re-nationalisation) etc) to see what sort of post election share price impact you should prepare for. 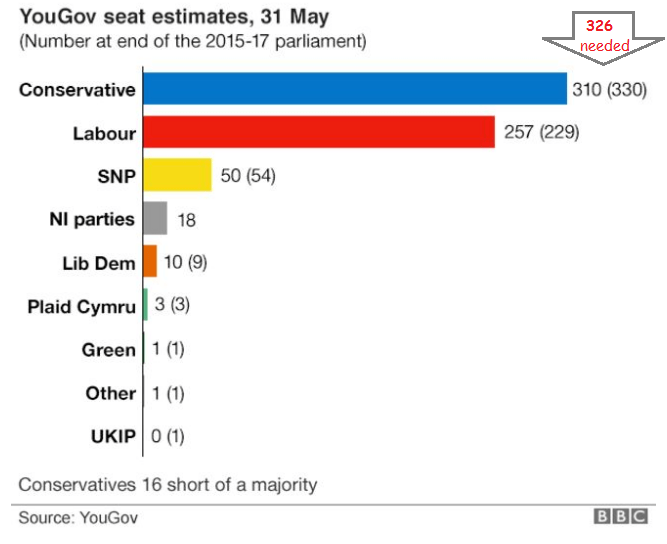 Failing to engage with the public and attempting to promote her own personality ahead of her party was a mistake Hilary Clinton made and one that Theresa May has been making as well. Her no-show in the BBC debate and promoting her name over that of her party that anointed her on the Tory ‘battle’ bus are small issues, but ones that grate as being presumptious with voters. Love his policies or not, you know what you’re getting with Corbyn, but who knows what May stands for? As Home Secretary, she talked tough on immigration, but failed to deliver, while also attempting to curtail personal liberties and online privacy by increasing state powers of surveillance. Having towed the Cameron line as a Remainer, she is now trying to convince the country that she can negotiate a good deal on exit  position on the EU.  Her attempts to court waivering remainers with the argument that an increased majority would enable her to disregard her Brexit lobby and thereby push through a ‘Brexit light’ option meanwhile is also absurd as this would be a strong reason on not calling for an election in the first place. If this wasn’t enough, we now have reports that May is planning to replace David Davis as minister responsible for the Brexit negotiations with Ben Gummer. Yes, the same Ben Gummer who said the vote to leave the European Union made him “sick to the pit of my stomach”.  May might retain her overall Parliamentary majority, but her leadership is beginning to look like a train wreck. 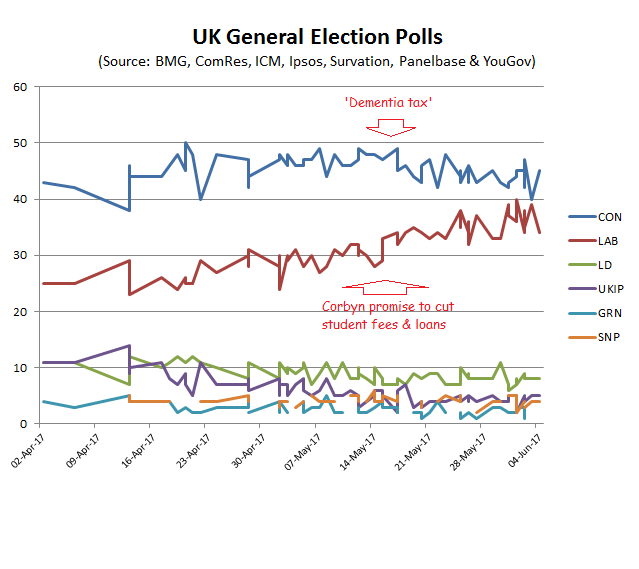 Strange, I thought the UK was a parliamentary democracy rather than a Presidency. Cameron seemed to recognise this, but not so May. The message is now “Theresa May: for Britain” Perhaps she’s been picking up hints from Erdogan. 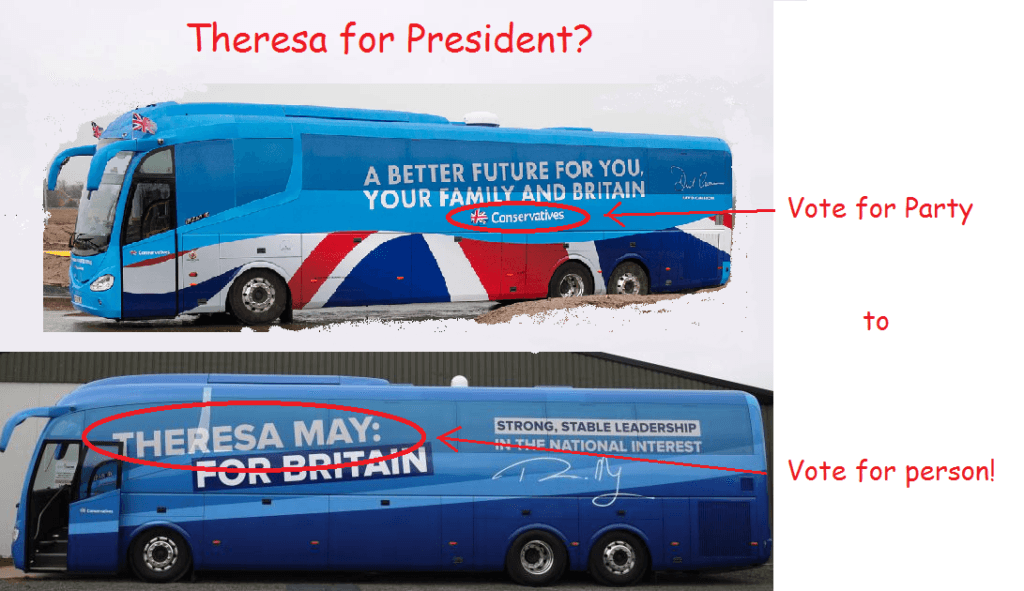