US Q3 GDP bounce exaggerated by soyabeans and deflator 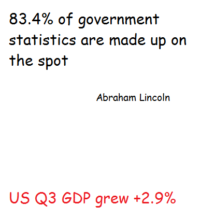 Q3 US GDP was “better than expected” at +2.9% and according to Capital Economics, “confirms that the economic recovery has regained some of the momentum lost with last year” and ..”As such leaves the Fed firmly on track to raise interest rates in December”

Well there you have it, the consensus view from economists!

Before you get too carried away by the narrative however, it might be useful to at least check out the original data from the bea

What you’ll find here is the usual small print and caveats, but also evidence to suggest the Q3 rebound may not be as good as being presented.

But hang on, this is still better, isn’t it?

Well perhaps not. Peel away some of the veneer and one finds that the additional growth in Q3 was supported by

So let’s look at some of these great pillars of growth, starting perhaps with state/local government expenditures. 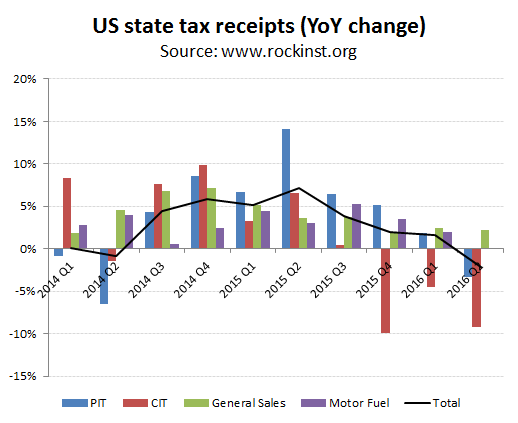 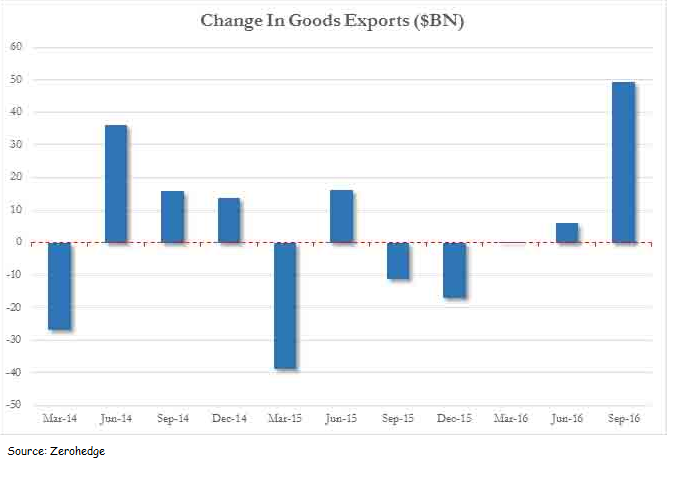 GDP figures are often pretty unreliable measures of economic performance, particularly the initial (guess-) estimates. Back in 2008, GDP remained positive right up to Q3, yet corporates were voting with their feet and sacking staff aggressively as they were looking at softening order-books rather than economist forecasts. From around February 2008, private sector job losses were clearly indicating recession, yet consensus forecasts and GDP data took almost 9 months to reflect this, with some vigorous adjustments in deflator assumptions being used to bump up export contributions for the Q2, which did little more than encourage passengers not to get in the life-rafts. 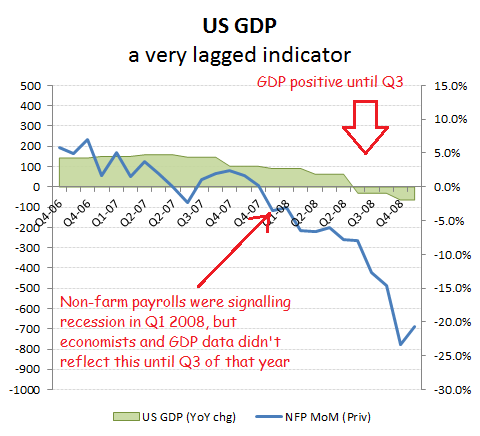 By the time you see it in the GDP data it’s often too late!