What happens when the sheep wake up? 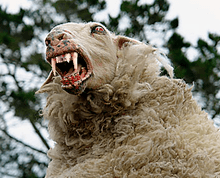 Revelations unfortunately are often painful events, particularly when one has been conditioned to accept and trust an authority. For Saul, it took some temporary blindness and a fall off his ass and on to his arse, but for many in the West this clearly is going to have to be a considerably more heart rendering process as they wake up to some harsh realities. The worst of these is the rising mortality rate following the rollout of the covid gene therapy and particularly amongst the young and healthy. Correlation, as we all know doesn’t equate to causation, but a recurring incidence can constitute a pattern which may no longer be ignored by the public as ‘coincidental’, as official narratives are attempting to portray.  While revelations of Government hypocrisy over Christmas parties ought not come as too much of a surprise as to the underlying contempt the governors have over the governed, this is the start of an awakening that once extended to the realisation that their children’s safety is also threatened by this bunch, then expect some real fireworks.

There are many ways in which statistics can be redefined to skew the interpretation of data and many of these have been used during the current covid p(l)andemic.  These include the definition of when a person has been vaccinated and whether co-morbidities are recognised, along of course with the distortions and suppression of the reporting of adverse events. What is less open to manipulation however, is a simple body count.

More deaths, means a problem or a response is proving ineffective, while fewer deaths suggests the reverse.  In this basis therefore, it would not seem unreasonable to have predicted an increase in mortality in 2020, as a novel virus ripped through a population without a preexisting learnt immunity, either from infection or vaccination. On the same logic, the following year (2021) ought therefore to have seen a reduction in deaths, both as a consequence of having a proportionally more resilient population, including those with natural immunity from having recovered from exposure and fewer of the weak and vulnerable, who presumably would have succumbed in the previous year. Include into the beginning of the second year, the mass rollout of a series of  ‘vaccines’ touted as having an ‘efficacy’ of 95% and reaching between 80-90% of the vulnerable demographic age groups and the mortality rates for year two therefore ought to have been considerably lower.   – WRONG!!

Mortality rates are higher in 2021 than in 2020 and particularly in regions with high vaccine penetration. Perhaps more worrying has been the increasing excess mortality in younger healthier individuals, including a disturbing ‘coincidental’  correlation with the onset of vaccinations administered for these groups.  You may have seen or read reports of the increasing numbers of hitherto healthy athletes collapsing with heart problems, but these are not isolated events as the below chart on weekly mortality for under 45 year olds in England & Wales can demonstrate. 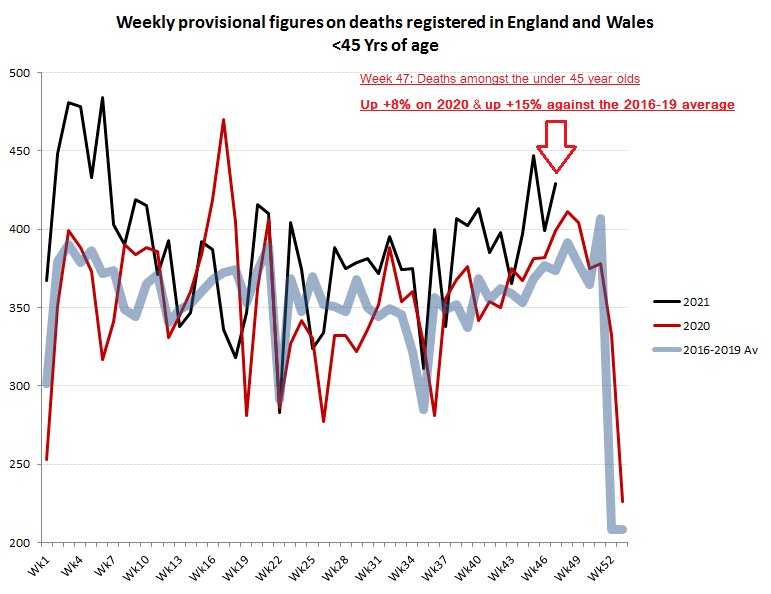 While the rise in average weekly mortality in under 45 year olds in England & Wales is indicative of some serious cognitive dissonance by a government continuing to double down on a clearly failing healthcare policy, this has been largely hidden from the general populous by continued media suppression and no doubt also abetted by a sense of denial amongst the vaccinated.  As per the Mark Twain quote about it being easier to fool someone than to get them to admit they have been fooled, so to it seems to apply here.  No one wants to look a fool and if you didn’t get an adverse reaction, it is tempting to just remain in denial and blame those who didn’t follow your choice.

Personal pride however, gets chucked out of the window once you threaten the kids and it is here that governments have sown the seeds of their own demise. Many parents who took the jabs may have been unaware of their relative cost/benefit between the disease and the cure at the time, but for the young (without co-morbidities), the risk of the disease is virtually zero. Indeed in Germany, the number of covid fatalities over the past 15 months in this group actually was zero.  The number of life changing/threatening adverse reactions however, certainly is not zero and the governments incessant coercion to vaccinate this group is merely forcing the parents out of their delusion that their leaders are acting in their interests and that of their children.  We may debate the ‘science’ and the re-defined ‘data’ surrounding the disease, but deaths don’t lie. Those responsible for administering these experimental gene therapies, with a clear negative cost benefit for this demographic group, will keep telling us how rare these adverse events are, but a parent will be rightfully appalled that weekly deaths since the onset of the extension of vaccinations to the under 18’s since the beginning of June have increased by +34% versus the comparative period last year.

You don’t need a PHD in BS to realise that whatever is being done, is detrimental to their children’s safety and that attempts to double down with more authoritarian coercion for more of the same is going to trigger a violent reaction. With the Government now caught flouting its own rules on Christmas parties in Number 10 last year and Boris Johnson not only imposing new restrictions for an Omicron variant, which has resulted in zero hospitalisations in the UK and so far zero deaths globally, but even with the temerity to suggest mandatory vaccines, the UK may be on the verge of mass non-compliance with this administration. 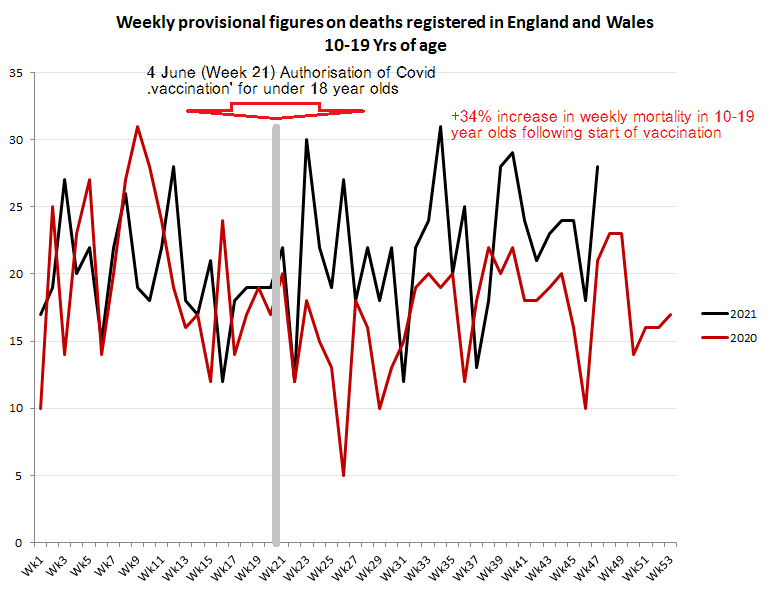 Boris bounced from leadership race, but not buried