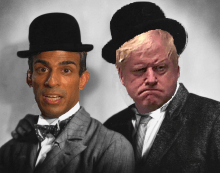 Are the lockdowns really an attempt to spare over-whelming health services, or an excuse to bail out all those bad loans sitting on bank balance sheets since 2008? Either way, as IFR data emerges and debt liabilities spiral out of control, the justification and ability to sustain these policies are crumbling. Without central bank support however, how will equity valuations fare as future growth expectations get squeezed by inflationary costs from on-shoring supply chains and the additional debt and possibly higher interest rate burdens?

Unless you have been living under a rock, you will have worked out that markets are broken and that assets are being priced on central bank liquidity and government interventions. As an investor therefore, you might be concerned whether this apparent largesse underpinning markets will continue. To answer this however, one has to first decide whether the current round of government interventions reflect a response to a specific economic crisis, or whether the ‘crisis’ is just the excuse being used to justify what is in effect an ongoing debt monetisation strategy by societies that are either unwilling, or unable to live honestly within its means.

If the latter, then the end of this game will be a currency crisis as fiat currencies are debased to the point that will be reminiscent of Weimar Germany or Zimbabwe. If that’s the game, then good luck with trying to anticipate when to jump off the train into some harder assets, before it heads off the cliff. And don’t fall for the usual BS neo-Keynsian claptrap about a multiplier effect on economic growth from the deficit spending, it’s bunkum. Over the past decade, central bank balance sheet expansion (unfunded liquity/debasement) from the major western economies of the US, ECB and BoJ has actually exceeded the growth in respective GDP and there is no reason to expect anything different this time around.

Assuming there are some adults in the proverbial room, this might suggest that once the immediate crisis can be seen to be contained, or not turn out to be as scary as initially feared, then governments and central banks will be eager to pull back from the current strategy before it is too late. For momentum investors who have been following this liquidity however, this might suggest some tougher time ahead for equity markets, where fundamental valuations have become stretched, particularly as the onshoring of supply chains and the additional debt burdens push up inflationary costs and push down growth and margins.

So equity markets have been driven by Fed liquidity, which in turn has been in response to the Covid-19 pandemic, but has this really justified the global panic and lockdowns? There are two points I would like to make here. Firstly, the cost of the lockdowns were never sustainable and therefore never a viable longer term strategy and were merely an attempt to disguise under-funded health capacity by “flattening the curve” rather than diminishing the area (infections) under this curve. The second, is that already needing justification for getting off an unsustainable lockdown strategy, Governments are being assisted by more evidence suggesting that the all-important the Infection Fatality Rate (IFR) may be substantially lower than initially claimed and in particular for healthy under 45 year olds, who represent such a large portion of the working population.
Understanding the IFR is obviously central to any understanding of this virus and how to respond to it, but this seems to have been lost on our Governments, who have failed dismally to coordinate representative studies; a function in part to the slow rollout in testing (including for anti-bodies) and initial focus on often severe symptomatic cases. The latter encouraging a significant over-estimation in the IFR.

While the data sets remain woefully inadequate, there however, have been a number of independent studies that have suggested an IFR rate considerably lower than the earlier estimates of around 0.9%, albeit with significant variation by age and ethnicity. For instance, the 919 people tested in the German town of Gangelt suggested an IFR of only 0.28%, while the full testing of the 3,711 passengers on the Diamond Princess suggested an IFR rate of 0.6%; surprisingly low given the age profile of this group. Last month, ‘Nature’ published an article aggregating some of these studies, suggesting an average IFR perhaps also of 0.6%, although with little granularity of how this splits between both age group and those with pre-existing conditions.

Perhaps to most complete data to date on COVID-19 cases comes from the CDC in the US, although again, even here there is no reliable infection data to determine the IFR or how the existence of pre-existing conditions will have contributed to each of the age groupings where fatalities from COVID-19 were recorded. From the bare numbers however, what is clear, is the heavy weighting of overall COVID-19 deaths in the older age brackets as well as the declining death rates by all age groups.

Risk from COVID-19 however, is not evenly distributed. If you are old, fat or already ill, or a combination of these, then you are clearly at much greater risk of dying from this disease. By how much though, remains in part conjecture given the paucity of reliable survey data of infections. For the 45.7% of the population aged under 45 years old, this group represented under 2.6% of overall fatalities, rising to 7.5%, if this is expanded to include the 58.3% of the population up to 55 years old.

Without better testing data by age group one can only conjecture how this may have impacted the IFR. Some groups such as the old may be packed together in care homes which might make them more vulnerable, albeit this ought to be self-evident, which one might therefore assume would results in more diligent preventative measures being taken. The decision by some in Government to force infected patients out of hospitals back into some care however, cannot be entirely discounted!

Assuming an infection rate that broadly matches the underlying age demographics and it does however, suggest what many have already been claiming, that or most of the working age population, the risk of dying from COVID-19 is statistically insignificant. Even assuming an overall IFR rate of 0.60%, the rate for 25-34 year olds may be only 0.03%, rising to 0.08% for 35-44 year olds and 0.23% for 45-54 year olds. For the latter group (44-54), that not appreciably more than the rate of suicides for this segment in 2018, a rate that one might assume to increase following the higher incidence of unemployment as a consequence of the COVID-19 lockdowns!