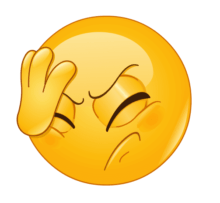 On Friday 25th the US will report its advance estimate for Q2 GDP growth, although the main point of interest may again be the how the numbers have been doctored to fit a political narrative.

Back on 5 May, we highlighted the way in which the Q1 growth estimate of +3.2% had been overstated and indeed how this is a common feature into a recession. Those not living under a rock, may also have noticed some fast footwork on seasonal adjustments by the BIS to bump up weakening US jobs numbers, the much publicised reversal by the Fed of its tightening policy along with the possible rate cut at the end of this month, together with a consequential rebound in the gold price. We even have some persistently weak oil prices, notwithstanding increasing threats to the 20% of global supply that comes through the Straits of Hormuz.

Whatever the headline GDP growth for Q2 is reported on Friday (+1.8% seems to be the consensus), focus on what is actually happening, rather than the scripted narrative. When central banks start to panic, they invariably talk up the growth while cutting rates. As I highlighted back in May, that is why recessions are not coincidental with a flattening of the yield curve, but on the subsequent divergence as central bank intervention drops the short end of the curve. And yes, that is exactly what is again happening as the Fed signals a rate cut, the ECB returns to QE with the appointment of Lagarde and the CBOC continues to push on a piece of string by flooding credit into its economy.

While it can be confusing to navigate the many moving parts in the current markets, I think it important to stay focused on the real agendas being pursued. For Trump, the most immediate of these is not just to get re-elected in 2020, but for the Republicans to regain control of the House in order to push through part 2 of the economic plan. Part 1 was the tax/tariff reform to stimulate growth, but with the less digestible fiscal and expenditure reform deferred until a probable second term; the latter necessary if the US stands any chance of defending its dollar reserve currency status, on which so much of its economic and military dominance depends. The other side of this agenda therefore is not just to clip the wings of China, but perhaps more importantly to ensure the EU never morphs into a super-state (4th Reich?) and with a currency to match.

Short term, this suggests an initially dovish monetary stance by the Fed ahead of the 2020 elections and with Trump avoiding a blow-up in either Iranian or Chinese relations. This however, does not preclude maintaining enough tension to ensure an elevated oil price as the US nears self-sufficiency, with any disruption in supply from the Persian Gulf impacting the Chinese disproportionally. Whether this encourages more concessions out of the Chinese will have to be seen, but should they drag things out beyond next year’s US elections, their negotiating leverage with Trump will decline significantly once into his second and final term of office. That ought to focus their attention on resolving the trade dispute no later than the first half of next year, which would then have implications for US monetary policy into a probably Trump second term.

It was on this issue, that I was most interested to see that Trump has nominated Dr Judy Shelton for a seat on the Federal Reserve board. The interview with CNBC is well worth watching as it perhaps reveals a lot about Trump’s real agenda on monetary policy and more importantly the US dollar. Clearly, ahead of the 2020 elections and with growth slowing, Dr Shelton is not going to advertise a tightening monetary policy, particularly given the flip-flopping of her potential Chairman Powell, but there is little here to encourage the Europeans. Dr Shelton may want to narrow the rate gap with other blocks, such as the Euro, but not by cutting US rates, but by forcing up the rest. With GDP growth for the Euro 19 already heading close to recession and increased popular push-back against further integration, such a move would be politically inconceivable by the EU elite and the likes of Macron and Lagarde and suggests further trouble ahead in US/EU relations.