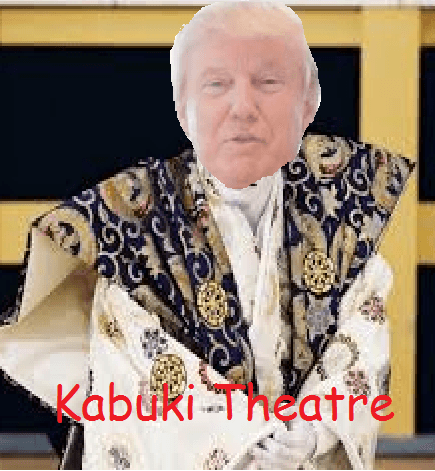 Markets attempt to discount the future, which for the present often means trying to anticipate what the new POTUS is up to. Unfortunately, when he is failing to deliver what he promised (Healthcare and tax reform), but doing what he explicitly said he wouldn’t (bombing Syria) one might be forgiven for wanting to move into lower risk assets and particularly those not in the immediate proximity of Syria, Ukraine and of course Russia.  Behind all of this however, looks to be another Kabuki theatre aimed at supporting the US dollar reserve currency status and drive through a stalling domestic agenda on healthcare and tax reform. Don’t be surprised then if the Fed then uses this dollar demand to repeat the debt monetisation policy provided for the previous POTUS. 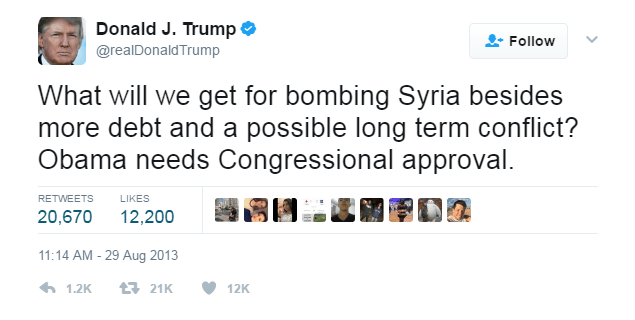 Normally, when the US stirs up a little more chaos, the safety trade is a rush into the US dollar (ie conflict supports the US dollar reserve currency status) and once again, we are seeing some of this today (see Euro/USD chart below), albeit perhaps a more muted response than might have otherwise been expected if we really are a step closer to a direct confrontation between US and Russia). 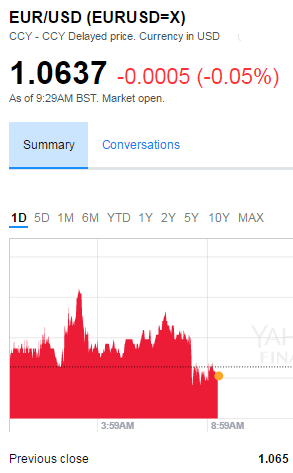 Euro weakens against the US dollar (Source: Yahoo finance)

The more noticeable safe asset play today however seems to be Gold, which having already rising by approx 8% since the start of the year is up by another +1% this morning; not bad given this is against an appreciating US dollar and ahead of a non-farm payroll report for March due later today that may provide further support for the Feds interest rate rise plans – normally a dampener for yieldless assets such as Gold. Rising gold on a rising dollar however, is also a reflection of the markets suspicion that the strong dollar strategy is once again a prelude to a return to debt monetisation. 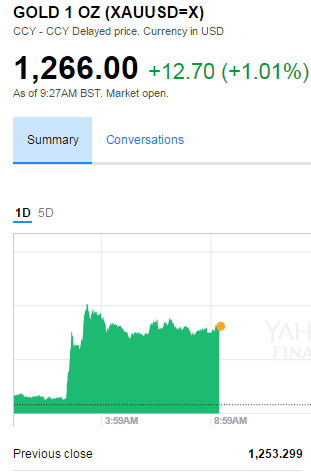 For Gold producers and stock prices, this is obviously encouraging, given their both operational and financial leverage to the price of gold. For additional leverage one might look at producers with a high proportion of costs outside the rising US dollar and for further spice, an existing high cost of extraction such as AngloGold Ashanti (AU), although I would prefer Barrick Gold (ABX) for a couple of reasons. Firstly, they seem to have a better grasp and control of their extraction costs, unlike AU and given the location of their reserves what seems to be a more reliable “proven reserves” estimate for investors to work from.

Below I’ve added a copy of my reserves (proven) based valuation for Barrick Gold (ABX) based on today’s gold price of $1266/oz and current extraction rate and cash cost. 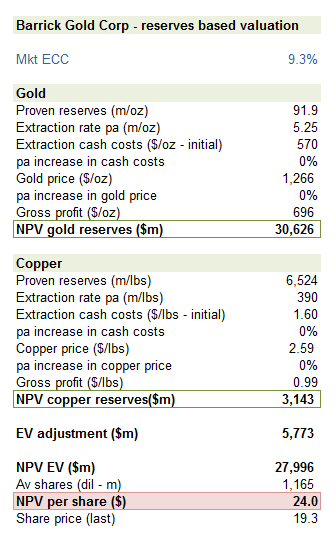 The second reason, is that something still smells fishy about the whole Syrian narrative which may be more Kabuki theatre for US domestic consumption rather than a real prelude to WWIII.   For instance: