ENIRO AB – Sometimes a negative valuation in the GrowthRater is justified! 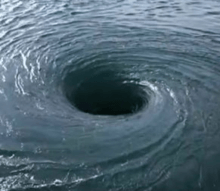 Friday’s announcement warning that no agreement had been reached by the 31 March Deadline with the banks has been followed by this morning’s refinancing proposals where Convertible and Preference shareholders have basically the stark choice of agreeing to exchanging their rights for just common stock and then stumping up more cash in a rights issue or face annihilation.  Shareholders have until the EGM on the 9th May to decide or otherwise “the company will not be able to meet its loan commitments. The Board intends then to the district court to apply for reorganization, which most likely would result total loss of the Company’s common shareholders, preference shareholders and convertible holders.”

http://www.enirogroup.com/sv/pressmeddelanden/eniro-presenterar-plan-for-rekapitalisering   (still not out in English, but Google translate works quite well)

Below is a screenshot of the summary page from the WebApp:   There’s not been much cause to update the comment for some time now! 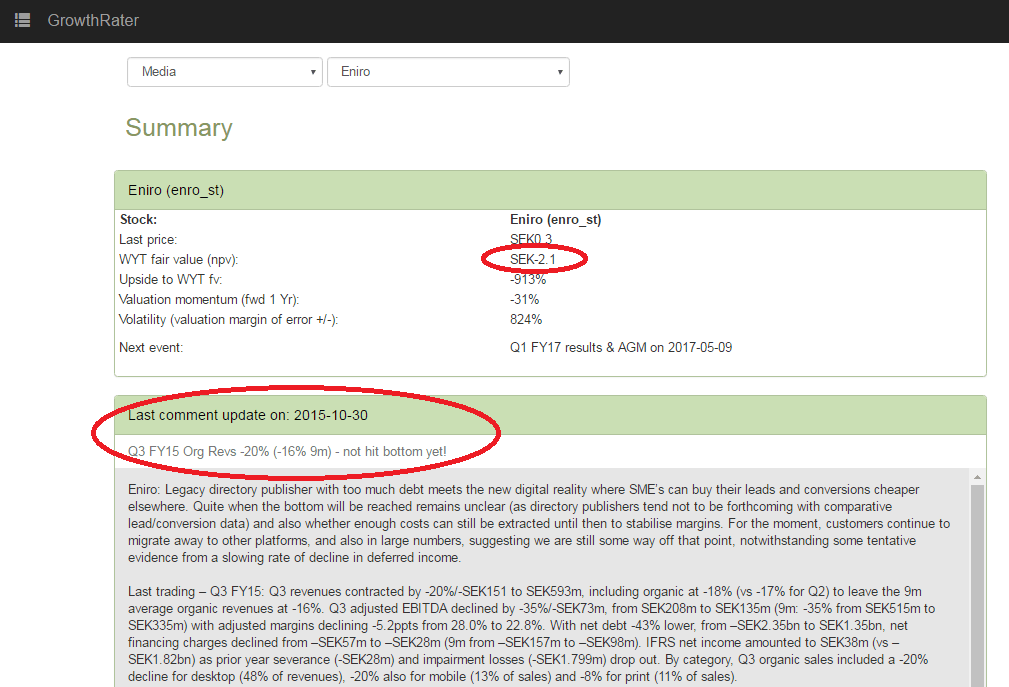 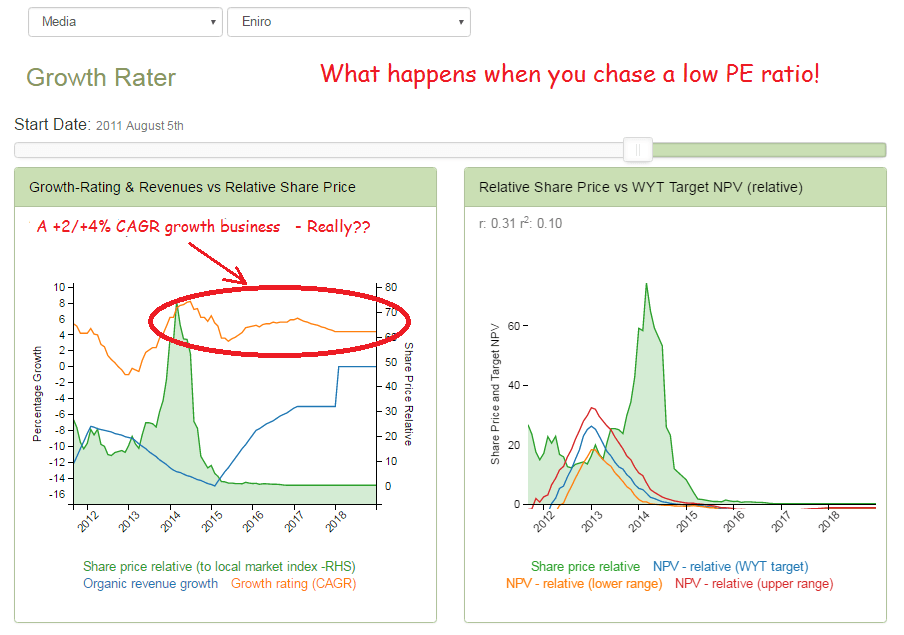