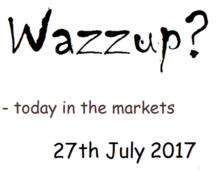 Fortunately, another steady delivery with reported results within 1% of my forecasts on revenues down through to adjusted EPS and with little cause to tinker too much with FY17 forecasts either.

Stable delivery continues to command a slight premium in terms of relative growth rating to organic sales growth, with the prospective Op FCF yield of 4.6% discount growth of 4.5-5.0% CAGR vs the organic sales of nearer +4.0-4.5% 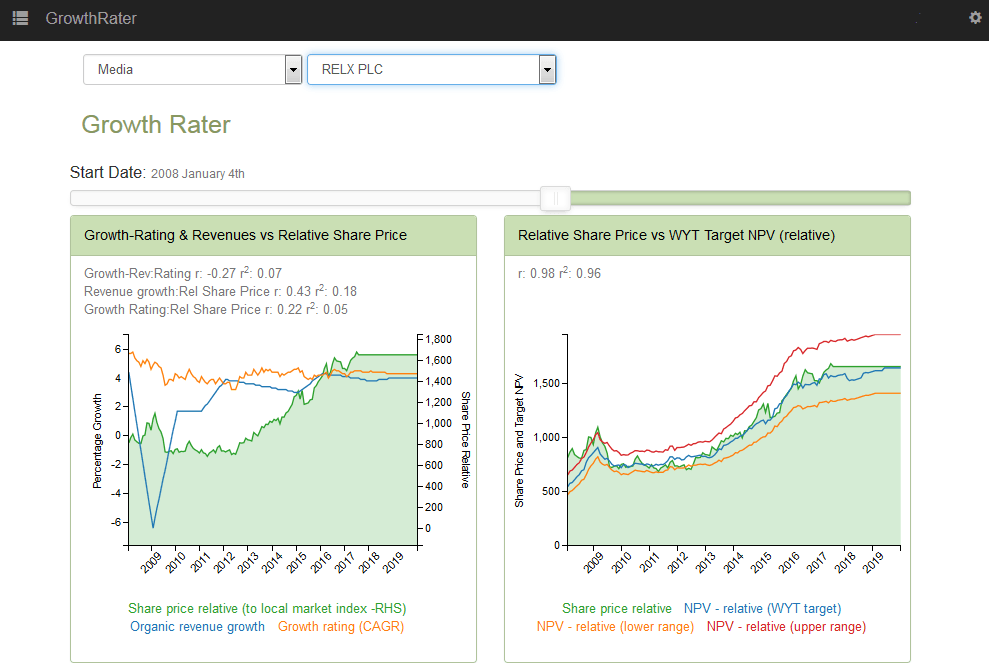 Another disappointing performance from its RMS unit which despite the long awaited launch of its new platform (RMS (One) seems unable to deliver the hoped from rebound in revenues growth. With RMS organic sales slipping by -4% (vs +1% in H1), the overall group average is now at a big fat ZERO, notwithstanding a bounce in consumer media advertising (to +5%) over the late Easter.  Management is keen to stress that it remains comfortable with existing consensus forecasts for the FY17, although the range is fairly wide and I’m happy to be lurking at the bottom of this range.

Not demandingly priced on a prospective Op FCF yield of 6.5-7.0% to discount a sub +2.5% CAGR growth rate, but the inability to re-establish RMS’s growth credentials in what remains an attractive industry growth segment is getting increasingly frustrating. 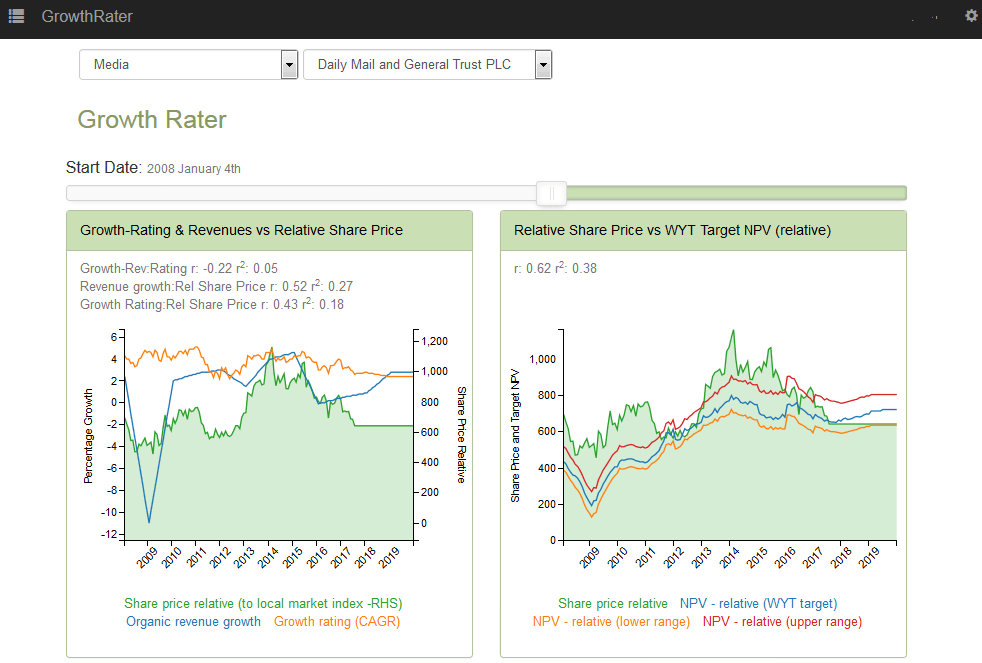 Barring a lower weighting to schedule costs in H1 than I had anticipated, the H1 results were broadly as expected as is the Q3 NAR estimate of -4%. The positives include a relative stable audience performance notwithstanding the squeeze in programme investment and an improving profile of content deliveries forecast into the second half. Against this however remains the macro headwinds on advertiser confidence from what promises to be further tortuous Brexit negotiations and the ongoing need to demonstrate that Adam Crozier’s strategy of trying to buy a strong origination activity will prove to be more successful than similar attempts by predecessors.  The incoming CEO meanwhile may need to to keep banging on about re-transmission fees to deflect attention from these issues. 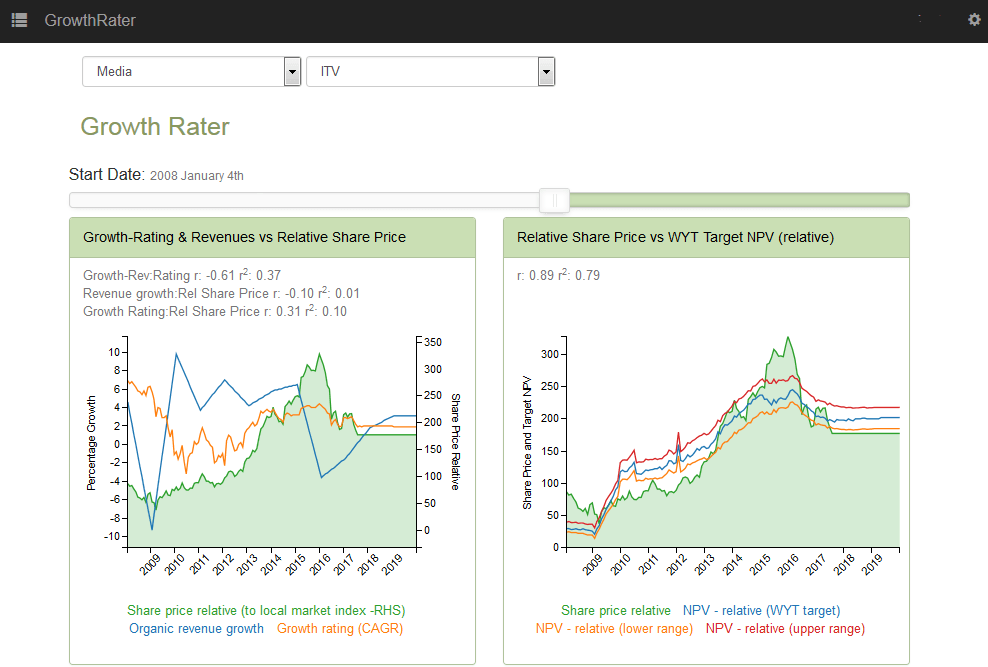 On balance, I found the results slightly under-whelming, but then with Murdoch’s bid now referred to the Competition Authority for review, this may have been the desired effect. Perform too well and regulators might be concerned about the dominant market position while shareholders may want more than the £10.75 per share that is one offer, particularly as the bid drags on.  Fortunately for Murdoch, the regulatory narrative remains fixated on Sky News and news plurality rather than Sky’s broader ability to lockout competitors with exclusive supply agreements. As such, the bid looks set to rumble on to a successful conclusion, with the share price trying to discount the remaining time value against the offer price, rather than concern itself over the finer details and nuances of current trading,

FY17 results: Those covering Sky have long suspected a deeper pool of controllable overheads that could be culled, which including the merger synergies from Sky Deutschland and Italia appears the case. Including over £200m of the planned £400m pa of savings, the group absorbed the +£629m of additional Premier League costs (within the +23%/+£698m increase last year in overall programme costs), to leave underlying operating profits down by only -7%/-£97m (to £1.47bn) and margins -130bps easier to 11.3%. Within this however, Italian subscriber numbers continued to decline while the reported surge in profitability was flattered by lower depreciation provisions. For the UK, the +35k increase in Q4 subscribers was respectable, albeit rising churn for FY17 (from 11.2% to 11.5%) on flat average ARPU and slowing organic sales growth (at +4%) highlight the increasing competitive headwinds from the likes of Netflix and Amazon. 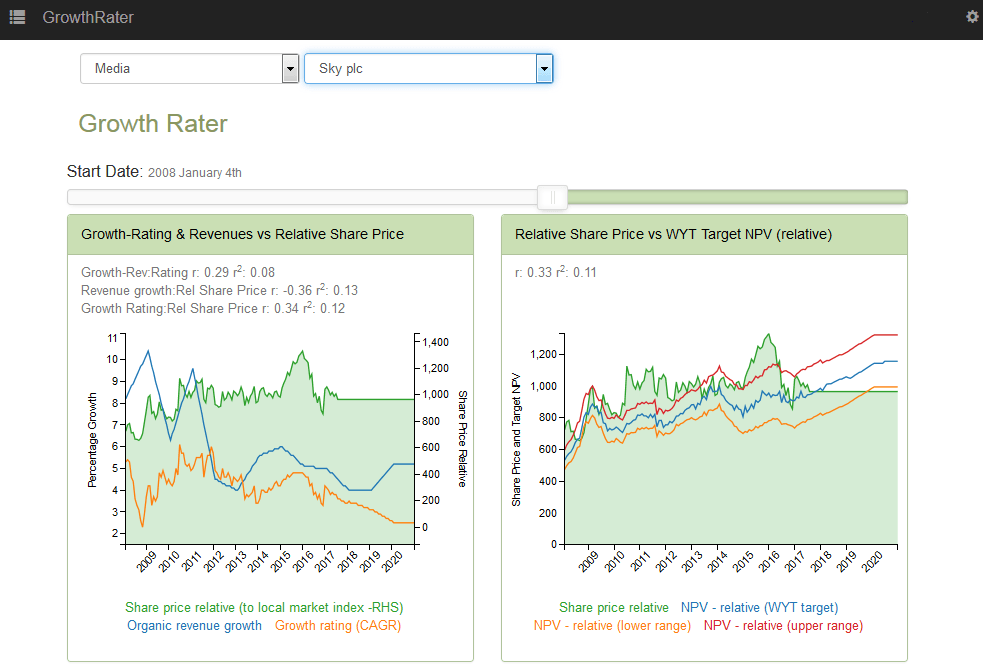