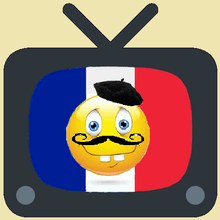 Someone didn’t seem to get the memo from Macron that French culture and particularly, ‘French exceptionalism’ is no longer de rigeuer and once again corporate France has retreated back to a defensive consolidation along nationalism lines. So much for a sense of European identity.  On the positive side, consolidating two commercial TV operators in the same market offer opportunities to squeeze out overlapping costs as well as abuse the additional market dominance in mass audience reach that many FMCG advertisers still need, which will appeal to the previously abused shareholders of both these groups and the local (French) regulator. The EU regulator however, may be less impressed. And as we saw with previous attempts to engineer ‘national champions in Telecoms around SFR and Orange, the EU regulator is still fresh enough not to have been infiltrated by the usual commercial interests that tend to subvert the locals.  While much of the EU and Euro leaves me cold, this aspect of regulatory oversight will be missed.

So what did you expect them to say? That commercial TV audiences are fragmenting onto new platforms as their hitherto monopoly access to TV distribution disappears down the internet drain and along with it advertising and that this is a defensive combination to manage decline rather than build a brave new platform to launch a revival in growth?   Unfortunately this proposed merger is borne out of insecurity, while lacks the vision to appreciate that retreating back up its own cultural exceptionalism is a short term tactical response but one that merely exacerbates a deeper structural weakness. Combined, the two groups will have revenues of just over $4bn, but this still makes them a minnow amongst the distributors of subscription programming such as Netflix, with around $25bn pa of revenues or even Vivendi’s Canal+, with almost $7bn pa of sales.  As viewing polarises around high quality (and cost) original programming that drives subscription platforms at one end and the plethora of user generated content at the other (on Youtube, social media etc), the traditional scale advantage to produce and distribute general entertainment in the ‘free to air’ commercial TV segment has been eroding, and fast. And if the market in France for this type of content is shrinking, then that’s it; because the French language markets are thin on the ground outside France. 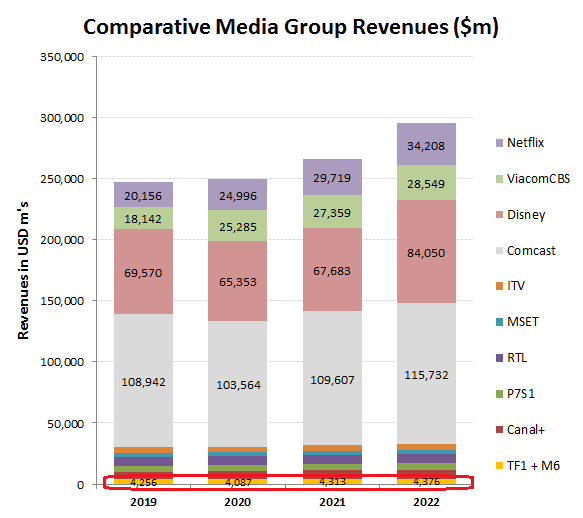 All of this of course is in the context of a French equity market that has underperformed many of its key peers, such as in Germany or the US. This is particularly apparent when rebased onto a constant currency basis, such as in USD as per the chart below. Take away the negative interest rates and debt monetisation by the ECB and one can only wonder where the CAC 40 would be today. 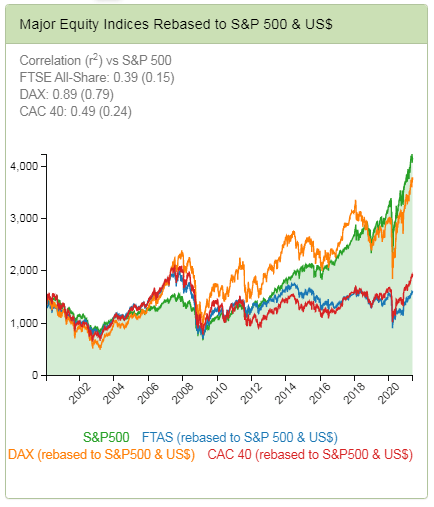 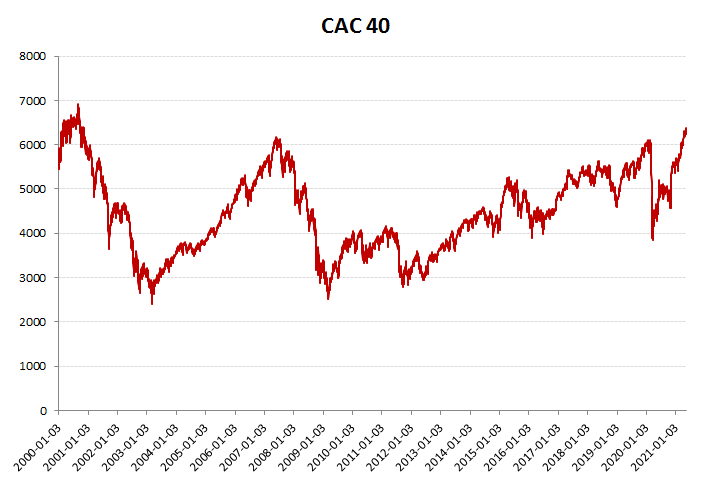 So with the German DAX and US S&P500 indices approaching twice their previous peaks of 2007, the French CAC 40 is struggling just to match its own previous peak. Notwithstanding what might be regarded as a low comparative bar however, our commercial TV friends have resoundingly underperformed even this over the past two decades.  Over this period investors have been fed a diet of increasingly spurious arguments, from new content origination ventures to new advertising categories following deregulation, as to why to buy the stocks, but clearly to little effect. In this context therefore, the proposed merger may buy some margin and therefore a little more time, but is unlikely to fundamentally alter the trajectory. 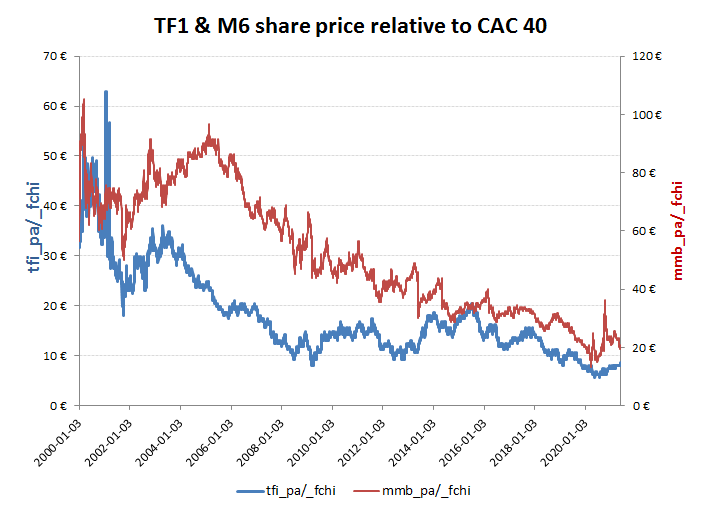