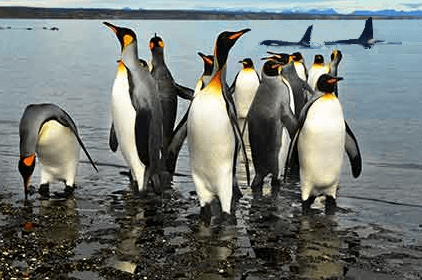 The herding instinct is strong in markets. Solomon Asch would characterise this as ‘informative conformity’ where the participant would disbelieve the evidence of their own eyes and yield to the group think. In Asch’s experiments, the results were remarkable, particularly given the exclusion of outside variables beyond the comparative data (the height of the columns in the below version).  Add in possibly distorting external factors, such as divergent information between the participants and this informational conformity can be further reinforced. For example, it’s a hot day down at the beach and the water’s welcoming, but the other bathers exit the water suddenly and return to dry land; what do you do? Clearly, you would assume these bathers know something you don’t, which would encourage you to follow suit despite all the other factors encouraging you to stay in the water. Perhaps it’s just a tour party leaving to catch a plane or going for lunch. Then again how about that beach scene in Jaws!

There are plenty of reasons reasons then why evolution has programmed us with informational conformity. It can be helpful sometimes in avoiding being eaten, although in many other circumstances it can make us vulnerable to spoofing and failing to follow our convictions. This is particularly relevant in equity markets, which force us to recognise that we are often making decisions on imperfect information, and to look for any early warning signals that can help validate whether the group think is soundly based.  Sometimes, these signs can seem tenuous.

For example, a company raising new equity capital that would not appear immediately necessary and is also dilutive to earnings.  Perhaps neither apply, as current earnings forecasts may be too high and management are getting the cash in quick before markets realise. When faced with the alternative of survival and shafting you as a shareholder, how confident are you which path a management will take? Unfortunately, there are all too many examples of management regarding shareholders as just cheap sources of capital rather than the owners of the business. That is why timely dissemination of information on a non-preferential basis is so crucial to the efficient working of markets and investor’s confidence. It is also why information needs to be presented in not just a transparent, but honest way.

A company’s value proposition to its customer base is usually fairly simple and ought not be too difficult to communicate coherently to investors. If it’s not, then there is usually a reason; that being you’re not meant to follow what’s happening. This can relate to trading, balance sheet manipulation or to corporate activity. Opportunities for the unscrupulous to manipulate the rules abound and no more so when numerous acquisitions are being made. Add in convoluted ownership and financing structures, fair value adjustments and maintain regular restatements of comparative numbers, accounting standards changes and divisional disclosures and it will feel like your head is about to burst trying to follow what is really going on. That is the point – you’re not meant to and that in itself ought to put you on your guard.

While IASB accounting rules (IFRS) have tightened up on the ‘off’ balance sheet side (OBS), including the requirement to consolidate operating leases and SPEs, even when via partnerships and associates, it is not foolproof. The reliance of many investors on the earnings line and often the ‘adjusted’ earnings as provided by the company also means that many liabilities actually consolidated into the balance sheet are entirely ignored by investors.  Pension provisions, a wide range of derivative  liabilities, deferred tax and potential put options liabilities are often excluded from the evaluation by many.

A company gives a positive, or at least stable earnings guidance, but refuses to either confirm this as its stock price collapses or take advantage of this price opportunity.  With the stock trading on a potential dividend yield of over 9%, management neither confirms its outlook or takes any pro-active action such as buying in this high yielding equity, which would be significantly earnings, cash flow and value accretive. If there has been some previous warning flags on this company on some of the above issues (such as reconciling a revenue divergence against a market which might signal an attempt to surreptitiously unwind a previous over-statement), then there might be cause for concern. It’s human nature for some people to run away from a problem (albeit not for others!) and comparable actions by a management (and particularly a new management) merely confirms the existence of a problem to markets. Markets are a mix of predator and prey, with the predators attuned to sense a wounded animal. A stock price that appears to be acting irrationally, along with its management (from silence or inaction) merely reinforces the perception that it is wounded, until it is either bid for by a rival or admits the hole in its model.  In this circumstance, Asch’s informative conformity works.