Time Warner shareholders may feel a sense of relief that the AT&T bid is now clear to proceed, but the harsh reality is that they are being screwed.  Time value and a declining performance and share price of AT&T has seriously eroded the original offer premium to … ZERO. Indeed, it could be strongly argued that with TWX trading on a prospective OpFCF yield of 6% and discounting growth of a measly +3% (vs a trailing 5 year average of over +4% pa for both GrowthRating and organic sales growth), that TWX management are selling out at a discount.

But, then perhaps, the management discount is justified after their decision to extend the offer period without a renegotiation of the terms! 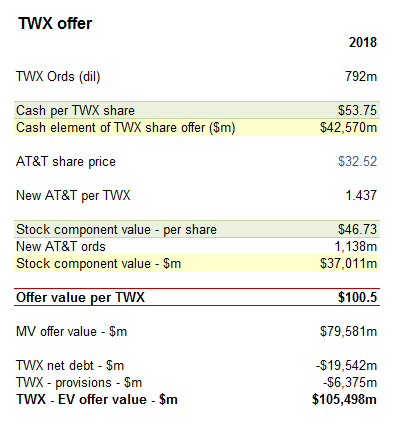 To put the offer into perspective, take a look at the below chart. Along with the TWX share price (blue line) and AT&T’s eroding offer value (red line), you need to understand the extent to which a rising market has exacerbated the relative value destruction. This you can see from the -28.5% decline in the relative value of the offer (vs the S&P 500). Even following the judgement to allow the bid to proceed and subsequent modest blip up in TWX share price, they are still over 24% down against the S&P 500 from BEFORE the offer! 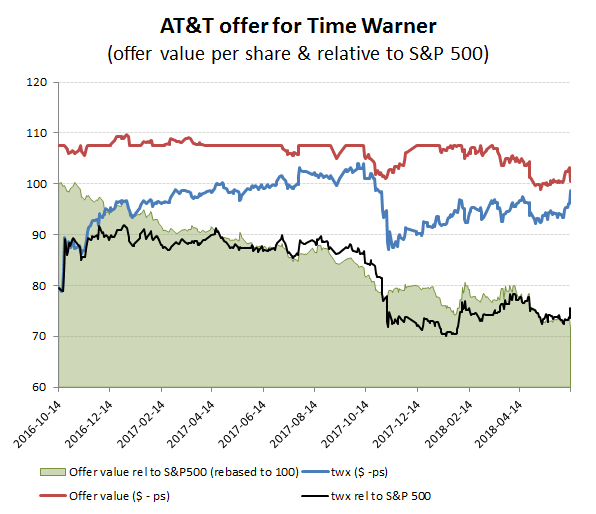 Look at this from the perspective of the growth that is being implied from the TWX stock price and Op FCF yield and one can see the problem. Remember that the below valuations and implied growth rates for TWX are on a stand alone basis and therefore do not include the projected merger cost synergies that AT&T is hoping to garner from the combination.  The fact that AT&T is down on the merger confirmation is a pretty damming indictment of the market’s confidence in their ability to execute the integration, but then after Direct TV, perhaps that’s not so surprising. 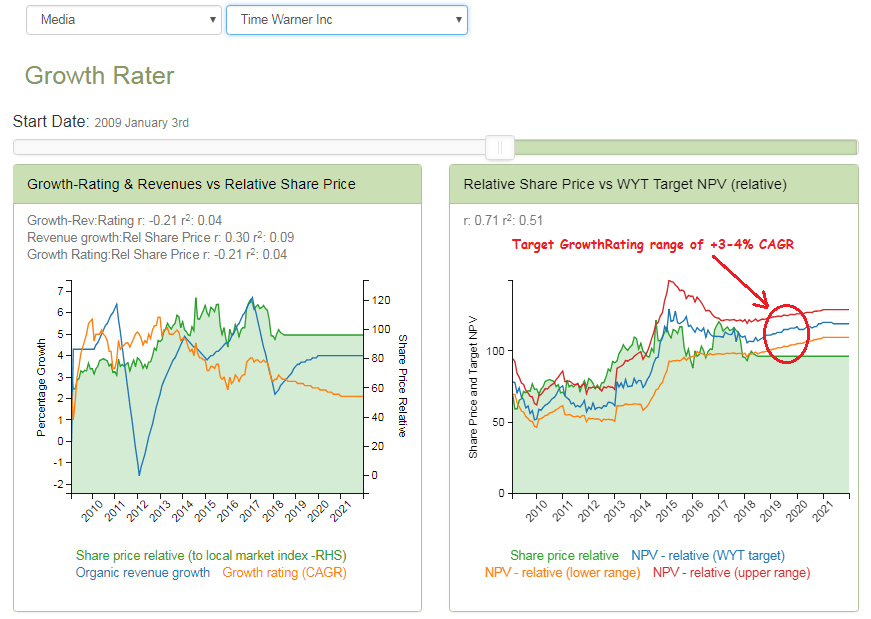