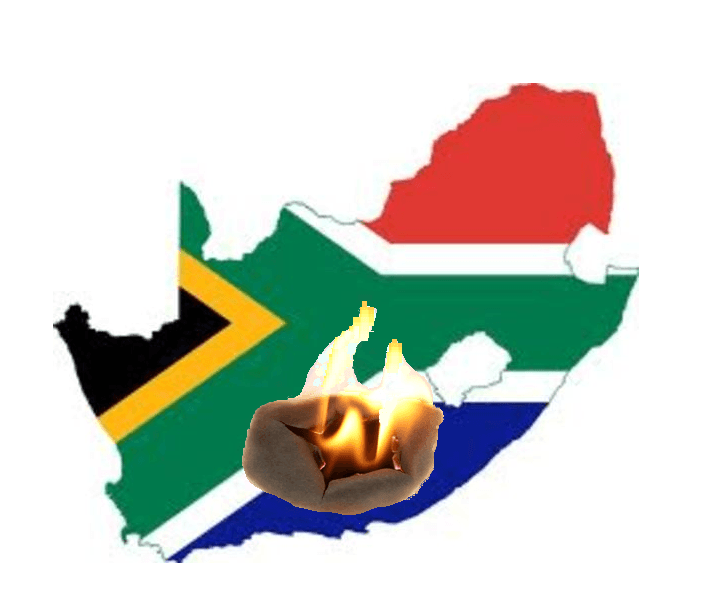 For Gold bugs, wouldn’t you rather invest in a miner, where its production currency had contracted by almost -20% relative to gold’s principal selling currency, the US dollar?

Unfortunately, when the currency in question is falling due to political instability and government threats of confiscation without compensation of property based on race, then the answer has to be NO.  For Anglo Gold Ashanti, this year’s slide in the SA Rand suggests an initial beat against current margin and earnings expectations, notwithstanding the lacklustre price of the yellow metal, but with over 85% of the group’s value still underground and therefore subject to potential state seizure, it may not be worth the risk.

It’s not as if markets haven’t seen this movie before, such as in Zimbabwe and even Venezuela, to know how it ends. Julius Malema and his supporters are clearly tempted by ‘easy money’,  but the inevitable consequence will be the destruction of South Africa’s economy and gold production. That makes the region uninvestable. While I am not a short term bull of the gold price as Fed tightening forces other central banks off QE and raises interest rates, the potential collapse of South Africa along the lines of Venezuela presents also the prospects of a substantial contraction in future supply. In these circumstances, a US dollar cost base, if reflecting a more secure source of production may not be as unwelcome and the current fx environment might suggest. For auto manufacturers, the disruption in supply from the World’s principal source of Platinum would present a major problem, but for non-SA sources of production, the inevitable spike in prices would provide a windfall. 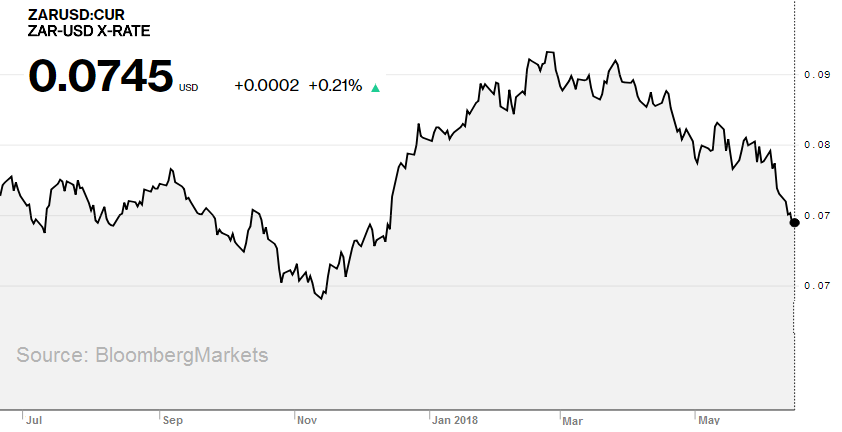 The increased correlation of the gold price to the USD/ZAR exchange rate has provided a partial hedge to defend margins, but with growing political instability, this relationship is unlikely to last. While short term positive to margins for exporters, this is ‘false gold’. 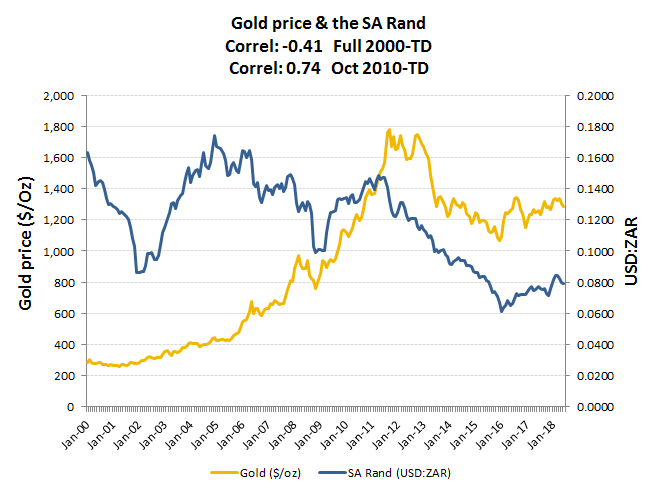 So how do the two majors, Barrick and Anglo Gold compare? Assuming a reserves based valuation and excluding any skewing of risk premium for the above highlighted forecasting risk relating to Anglo Gold’s South African exposure, Anglo Gold stock currently comes in with a slightly greater discount to the current stock price of -28% vs Barrick’s -25%. On a comparable risk basis and including Anglo’s possibly greater margin upside from an OpEx tailwind from a falling SA Rand, that might seem to favour Anglo. A 4ppts variance however is nothing when compared to the potential margin of error on Anglo should Malema & Co get greedy and decide to take more or all of these reserves.  While a high US dollar and rising interest rates suggest little to get excited about on either stock in the near term, Barrick is the safer play on Gold and particularly as the political collapse of the post aparthied settlement accelerates. ‘The time for reconciliation is over’ according to the new regime as it voted to confiscate land on racial lines, while Julius Malema generously offers assurances that “I’m saying to you, we’ve not called for the killing of white people, at least for now. I can’t guarantee the future.” 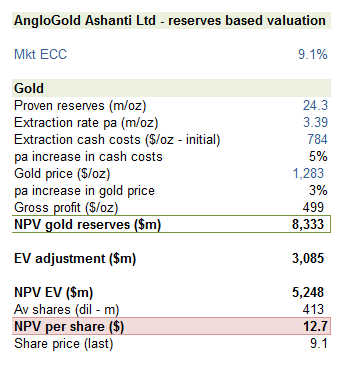 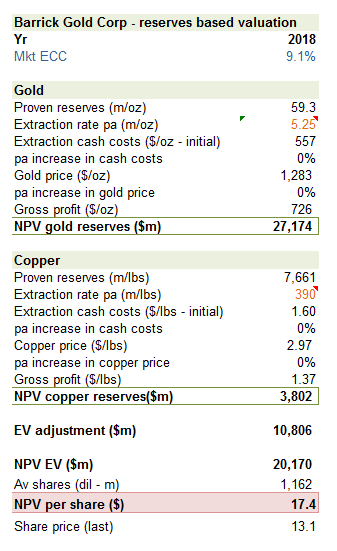 Currently standing on a 25% discount to a reserves based NPV

Gold & Gold miners – when to buy and how to value

Do central banks see a problem with Barrick?