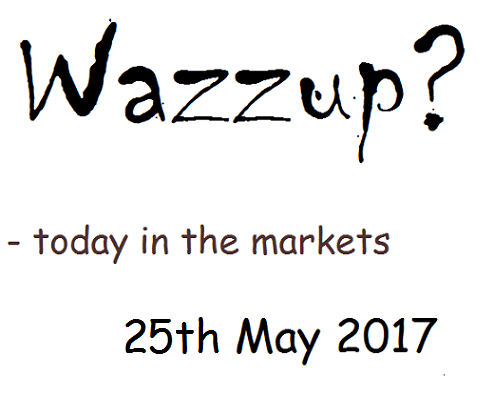 DMGT – cheaper, but not compelling this side of the Brexit negotiations

UK newspapers, Brexit and a guidance cut is a fairly toxic combination as the new management discovered today as the shares dumped almost 7%/-52p to 700p per share. The actual results being reported (H1 FY17) however, were broadly consistent with what was flagged at the Q1 release, while the guidance cut was more of a trimming in areas that markets ought to have seen coming – energy related events, HiEd publishing and UK property information services. Indeed, the only surprise has been how long these activities have appeared to be defying gravity. While markets this side of Brexit probably won’t be interested, the consumer media operations are approaching a bit of a watershed, as the weighting and growth in digital advertising (38% of advertising and up +12% in H1) is almost offsetting the erosion in print advertising, which given the current state of advertising markets, is quite impressive. It may have meant sacrificing editorial excellence for wall-to-wall pictures of wannabe celebrities in bikinis at MailOnline, but that’s clearly where market demand now is. More importantly, it’s probably enough to make my target growth assumption for this division of +/-1% (and current year organic revenue guidance of +/-2%) seem fairly well underpinned.

Having tinkered in the stock at the end of last year, would I take advantage of the current stock price setback to renew the acquaintance? I must admit to being tempted should the price drop to nearer 650p, as there’s a bunch of very attractive businesses and brands in this group, some of which like RMS and Xceligent may be on the cusp of a breakout on new service investments. Unfortunately, the pace of revenue build and lagged impact on energy and property facing assets means investors still have to get over the mountain of negative expectations relating to the forthcoming Brexit negotiations, or perhaps lack of them.  At current levels, I estimate the shares are trading on a prospective OpFCF yield of 6.5-7.0% over the next 18 months, implying a GrowthRating of just under +3% CAGR. That puts it therefore near the bottom end of my approx +3-4% CAGR target GrowthRating range, which already includes the consumer media activities at basically zero growth (+/-1%). What that suggests is that if you sit on the stock long enough you ought to out-perform once the momentum in organic revenue growth in the B2B activities hardens back up towards +5% pa again. Against the +4-5% CAGR currently being priced into peers such as RELX and Wolters, or the +5-5.5% priced into Verisk, the +3.5-4.5% growth assumption targeted for DMGT’s B2B activities is by no means aggressive on comparative grounds either,   The big question then, is on timing the inflection point on the Brexit news cycle, which for my tastes still feels too far away to chase an only slightly under-valued equity proposition. 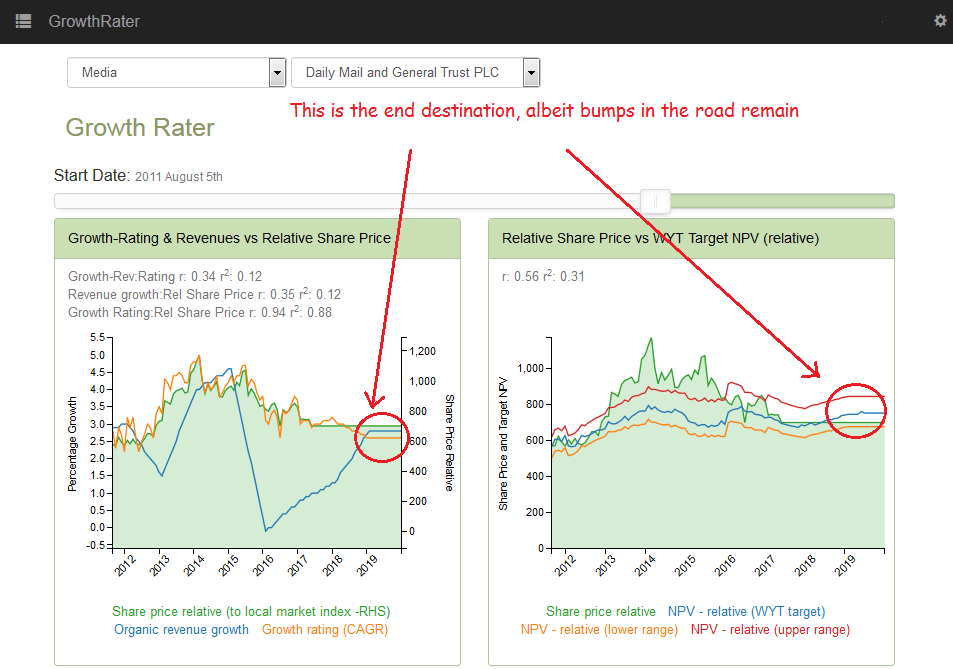