For the year just reported, the group delivered on it guidance for a second half recovery in margins, although it seems only at the expense of a sharp drop in marketing investment which raises the question as to the potential impact this may have on growth and margins into the current year not withstanding a similar guidance for both by the company as for last year. The stock however is not aggressively priced, trading on a prospective OpFCF yield of 4.7% discount a GrowthRating of approx +4.6% CAGR which is broadly in line with the current organic revenue growth trend as well as the group’s trailing average GrowthRating over the past 10 years.

Outlook: The group is not giving much away with a repetition of its prior year guidance of MSD organic sales growth and “stable” margins (+5% and +30bps underlying respectively in FY17), although as can be seen from last year’s splits, this included significant volatility by region and product line. It also included a substantial margin tailwind from lower ‘Marketing & Customer Acquisition’ costs which fell by -7%/-$23m and as a proportion of sales by 86bps from 8.3% to 7.4%. 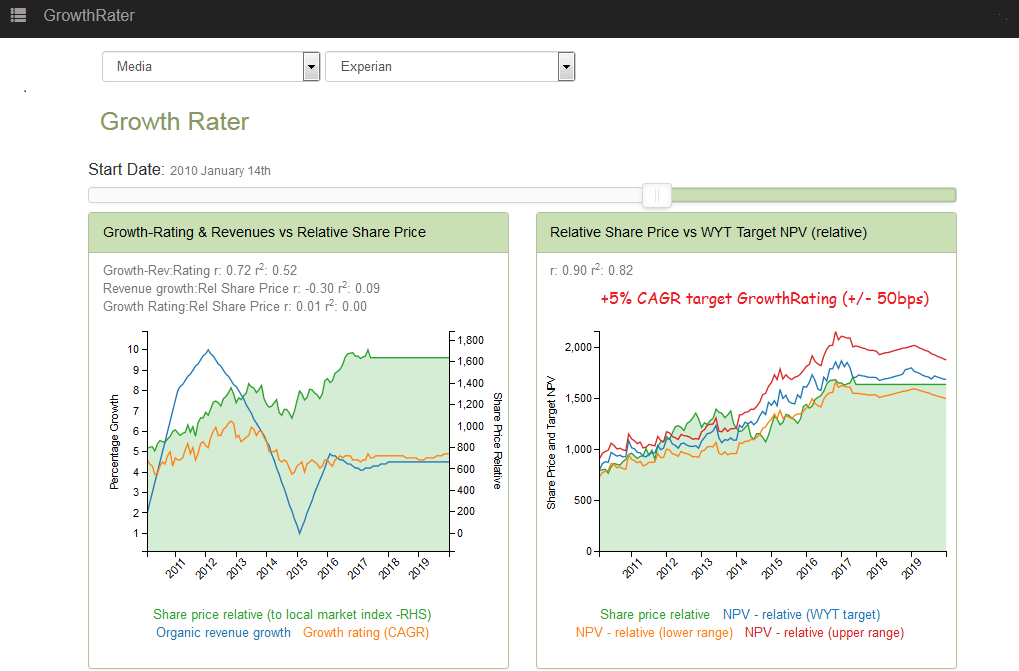 Euromoney (erm_l) – H1 FY17: Signs of stabilisation, but perhaps a little early to celebrate the recovery

We may be nearing the cyclical trough perhaps, but it still looks a little early to chase a recovery this side of what may prove to be some tough Brexit negotiations and with the shares trading at around the middle of its historic GrowthRating range of +3-4% CAGR.

Markets weren’t overly enthused by yesterday’s AGM statement, with the shares closing at 699p.  As I said I would in yesterday’s post if the shares dropped below 700p, I added the stock to the GrowthRater portfolio. At this level they offer a +10% upside to the NPV, which also includes an improving valuation momentum. While the recent acquisition strategy of acquiring low growth Event assets is not something I support as it smacks of an attempt to bump up short term EPS rather than drive growth, markets seem to have also seen through this by de-rating the stock to a current GrowthRating of only around +3% CAGR, which on my forecasts could fall to nearer +2% by FY2.  As a UK listed stock, but with a substantially offshore income stream, it also offers an element of hedge to the forthcoming Brexit negotiations, or perhaps the lack of them.       . 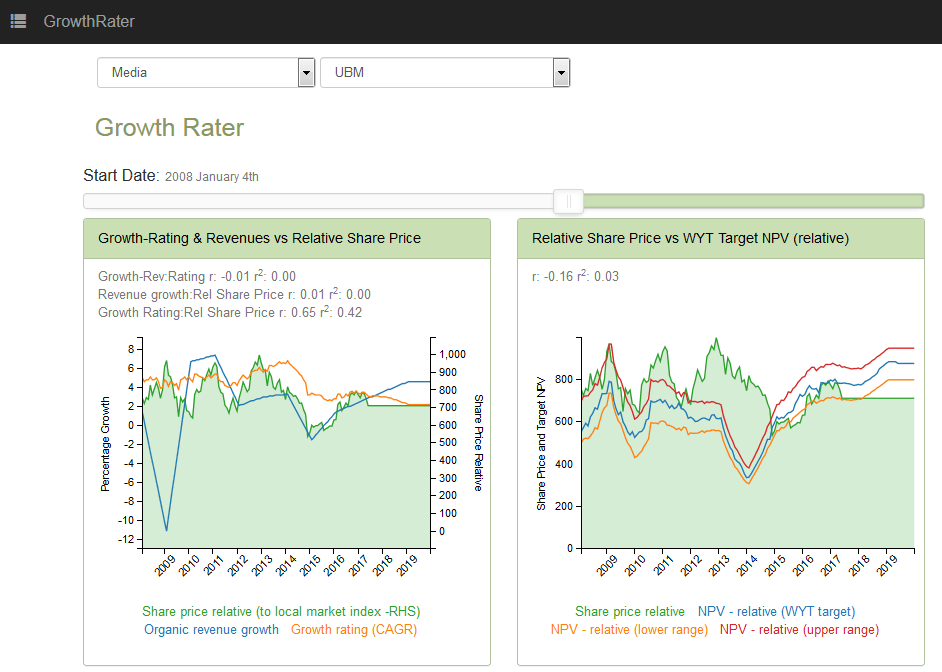