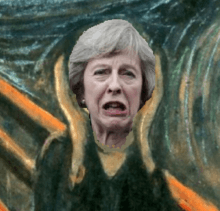 The nightmare scenario, whereby Labour could form a Government looks unlikely. With 317 out of the 648 seats (of the 650 seats total) now counted, the Tories are clearly short of an overall majority, but with their historic allies, the DUP with 10 seats they can just scrape through, particularly should Sinn Fein continue to boycott Westminster. It won’t change Brexit however, as a new referendum would be needed for that and it may not even change the potential for a ‘hard’ Brexit either, given the DUP’s fairly hard-line position on this (apart from the border with Eire). It may embolden EU Brexit negotiators to maintain their own hard-line positions, which will make an agreement less likely within the two year time window and results ultimately in the UK crashing out of the ‘common market’ and revert to World Trade organisation terms. While the latter may not be as bad as the alternatives, the prospects for another two years of uncertainty and impact on investment is certain;y not something to be welcomed and would be highly damaging for the UK. Pivotal to this therefore will be a credible leadership from the UK on Brexit, which from yesterday’s electoral verdict is not Theresa May.

Notwithstanding her initial reaction and attempt to cling onto power, the Tories are intolerant of leaders who fail. Having failed as Home Secretary and now as Prime Minister with an unnecessary election and ill-conceived campaign that focused on herself, she has not only damaged the very negotiating position she strove to bolster, but she would be a liability in any forthcoming election. The big question then is who amongst her peers is a credible contender to assume the mantle and deal with Junker and Merkel. Only one name comes to mind, the person who was already responsible for these negotiations, David Davis. 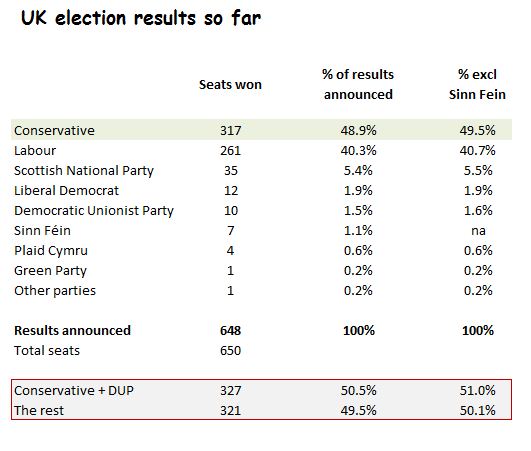