Having flunked the very first month of its balance sheet unwind that was articulated in its 04 May ‘cunning plan’, the US Federal Reserve will find that the alternatives will prove no more palatable than those following the inept tenure of that chair up to 1978, Arthur Burns. Sure, the immediate response to Jerome Powell cutting a mere -$1.5bn from his balance sheet in June versus the -$47.5bn promised has been to knock over -60bps from 10Y Treasury yields from their mid-June peak and to below 3% again, while leaving other asset classes and currencies ominously untouched, at least for now. Rising inflation from previous excessive monetary expansion combined with continued reckless fiscal policies and deficits across the G8 however, suggests this merely represents the proverbial ‘dead cat bounce’, or ‘suckers rally’. Without the income or cash to meet obligations, it is fast approaching for currency markets to finally exert some discipline on these captured regulatory institutions and when that happens, things tend to turn ugly and fast!

With our warning on this published only back on the 23 June, I don’t need to repeat the 04  May Federal Reserve plan to start cutting $47.5bn per month from its balance sheet from 1 June, as the links can be found in that article, although I have included the amended chart on the Fed’s weekly asset position up to the week ending 29 June. 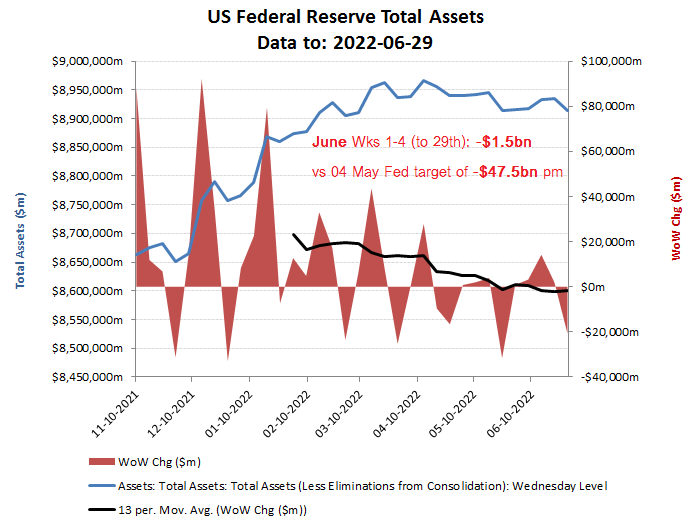 -$1.5bn cumulative reduction in June up to the 29th

When Ben Bernanke was quoted (2022-05-23) saying “I think monetary policy is 98% talk and 2% action, and communication is a big part”, it didn’t tell markets anything that it they ought to have known already, from harsh experience. But as with Gerald Ratner’s infamous assessment of his jewellery, some things are sometimes best left unsaid and in this case it would have been particularly unhelpful coming less than three weeks after his successor (once removed) at the Chair of the Fed had just issued his ‘bold’ plan to start cutting the bloated balance sheet that Bernanke was in part responsible for in the first place.  Top marks however ought to be awarded to Bernanke on his forecasting skills as the eventual outrun in cutting the Fed balance sheet in June amounted to under $1.5bn, which was about 3% of the original -$47.5bn planned, so as it turned out, 97% of Jerome Powell’s monetary policy in June was indeed just talk! 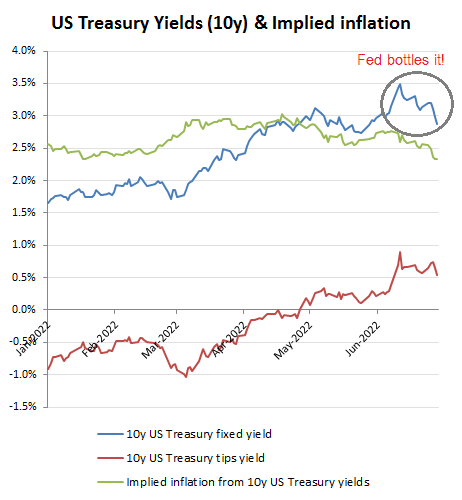 Yields decline as the Fed bottles it!

It remains remarkable the extent to which so many countries and central banks remain in denial to the unravelling solvency crisis as stagflation bites. Pretend as they might that it’ll all blow over belies the fact that deficits will expand which means competition for cash and therefore higher rates and rising default spreads, or back to the printing presses and the inevitable currency debasement followed by an even more painful route to that default premium on capital costs.

It is not even as if we needed to go back to the late 1970’s to see how this plays out, for even back at the end of 2021, we could see how currency markets responded to Erdogan’s attempts to ride out his solvency problems by easing, rather than tightening monetary policy.  By trying to save 5ppts on rates (from 20% to 15%), all he succeeded in doing was to cut the value of the Turkish lira almost in half (vs the USD) 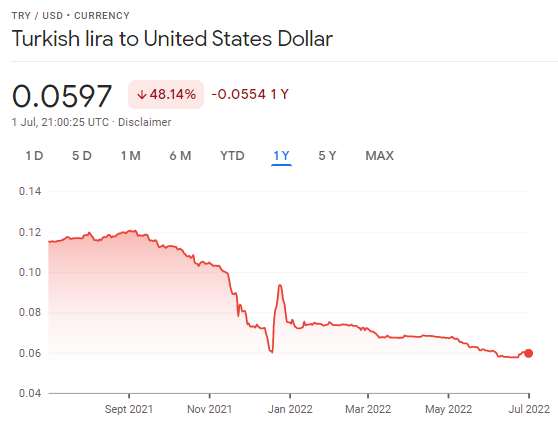 What happens when you ease monetary policy into a solvency crisis

And ll for what, because after that sort of pummelling, who wants to buy your debt, which anyway still needs a yield of over 18%, on the 10 year government bond, even on the depreciated currency, to tempt lenders! 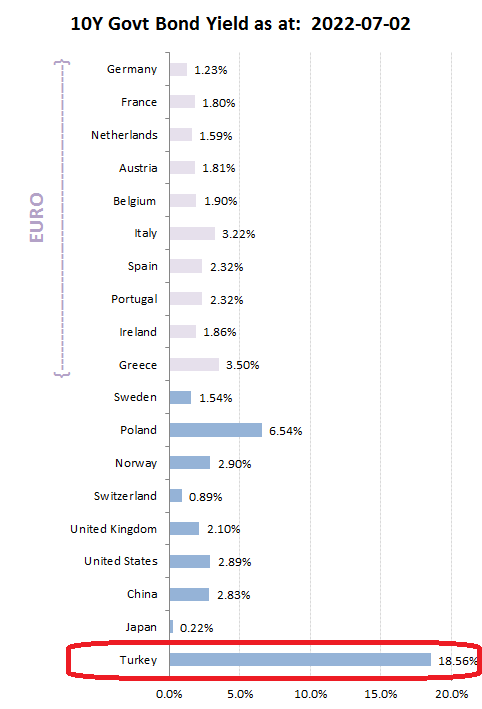 Try easing into a solvency crisis and end up paying dearly for debt anyway!

“But, but, but, Turkey is a peripheral economy which wouldn’t apply to the US” I hear you say.  Well that may be true, but size isn’t everything, as Japan may be about to find out. Here, the Bank of Japan has dug a hole so big for itself in terms of its money-printing and bloated balance sheet (see our section on marginal buyers) to support a reckless government debt tsunami and structural deficits, that it continues to double down. With a general government (GG) debt of approximately 250% of GDP and a GG budget deficit in the fiscal year ending March 2022 (FY21) of 7.9% (3.3% even excluding ‘pandemic’ spend), sheltering under the assumption of low inflation while you depend on importing your energy and your currency is sliding may be a brave if naive assumption. Yes, let me repeat that in case you missed it first time,” the Japanese Yen is sliding as currency markets lose confidence in their monetary and fiscal policies and attempts to ease (borrow) their way out of a debt and solvency crisis!” 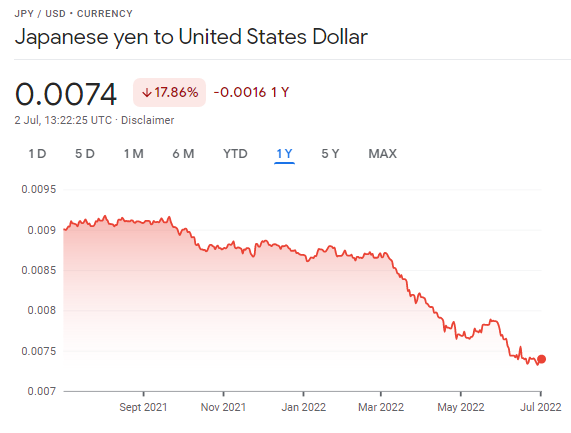