US Jobs data signal a shift in the monetary narrative 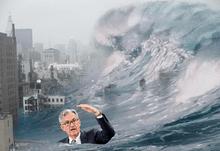 Oops, those betting on a weak US jobs report for January have been seriously wrong-footed. Instead of the expected negative figure, the BLS not only reported over +400k of net jobs in January, but a +649k upward revision to the jobs growth reported for the previous two months. Roll-in an average hourly wage inflation approaching an annualised +9% and the rise in 10 year Treasury yields to 1.93% suggests markets are only beginning to take seriously the risk that the Federal Reserve loses control of this tightening cycle and its attempts at a managed soft landing. 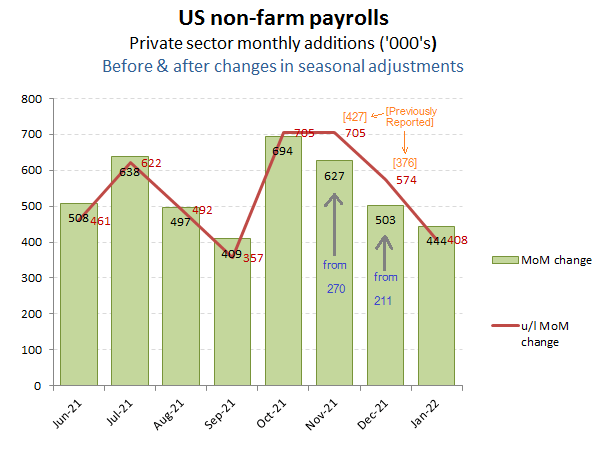 US government data on monthly jobs growth is looking to be about as accurate as that for Covid.  But then the issue for both has never been about the credibility of the data, but the message that is intended to be sent to markets. To the fair on the recently well bonussed Golden-Sachs, with its -250k MoM estimate for January, the Wednesday ADP figures and US weekly unemployment claims data (up to the 22nd January) was also  suggesting a weak employment figure would be delivered for January.  When Governments over-inflate covid infections and deaths it is for a reason; that being to scare people into complying to authority. When they re-state employment growth data, after having artificially depressed them with changes in seasonal adjustments (that we have been endlessly griping about), there is a reason and that is that the official narrative is changing.  Whatever the politic behind this change, it is evident that the Govt/Fed now feels the need to soften up markets for the need to tighten and perhaps by a far greater degree than previously indicated.  So keep an eye on Treasury yields and in particular the Fed balance sheet to see whether it really does ease off the support and taper as promised. If so, then expect markets to test the resolve of the Fed with a correction. Should the Fed hold he tightening line, as now seems likely following them allowing these re-stated employment and wage data to be released, then be prepared for a more meaningful sell-off. 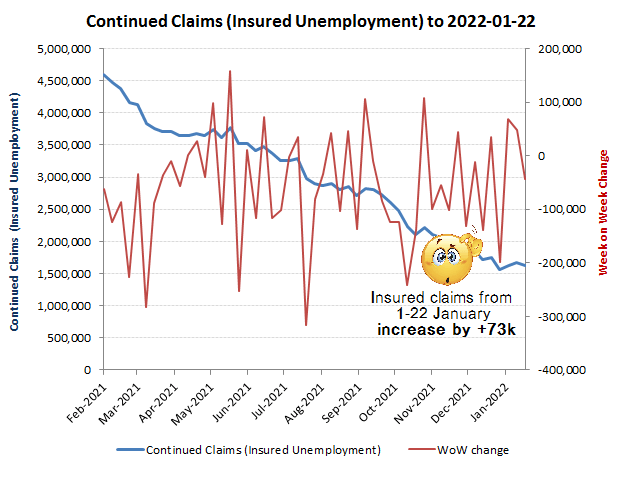 US weekly unemployment claims increased by +73k in the first 3 weeks of January!

And if that wasn’t enough to confuse you, then drill down into the individual industry categories, where the BLS is reporting strong annualised job growth across most industries except for ‘Mining & Logging’. When Q4 oil prices are up over 80% and US Natural Gas Prices are up over +100% (and >+400% in Europe), then this seems surprising and again must call into question the veracity of these figures. 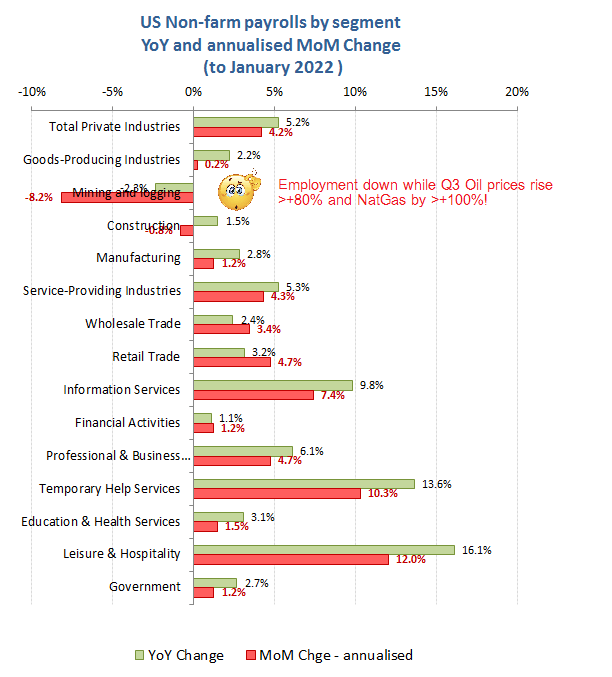 Combine above trend job formation with the rising trend in average wages and even the densest economist might start to scribble about the dangers of an over-heating jobs market and therefore the dangers of a persistent and sustain risk in an inflationary spiral. Nuff, said – geddit? 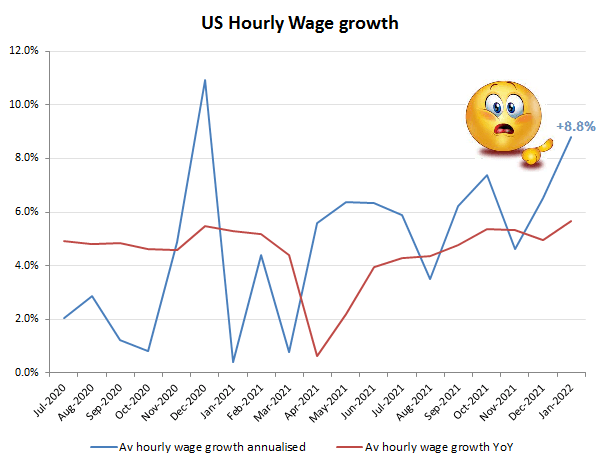 This is where it gets ugly

At least in the bond market, investors are starting to get the message. The question now is the extent to which the Fed steps back from its asset purchases to allow rates to normalise. With implied inflation already at over +3% being priced into bond yields and reported inflation currently over +5%, a normalisation back to an historic real yield of >2% pa could therefore prove problematic – to put it mildly! 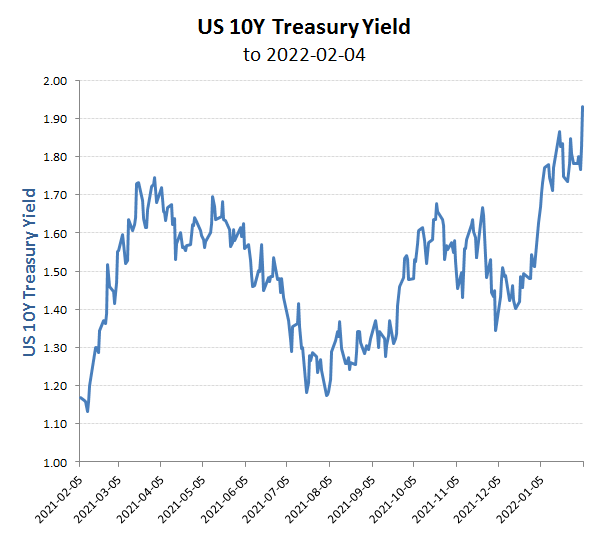