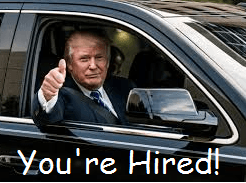 +144k net private sector job additions in December may a little below the trend, but with the previous two months revised up by +53k, this is probably where most of the headlines will stop, although Fed diehards may also point to the further rise in average hourly wages to a ten year high of +2.9% YoY as vindicating last month’s rate rise. Strip out changes in the seasonal adjustments however, and December’s private sector job growth would have dropped to only +43k, with a three month rolling average monthly job additions of approx +93k per month compared to the +163k pm for the more popular seasonally adjusted figures. 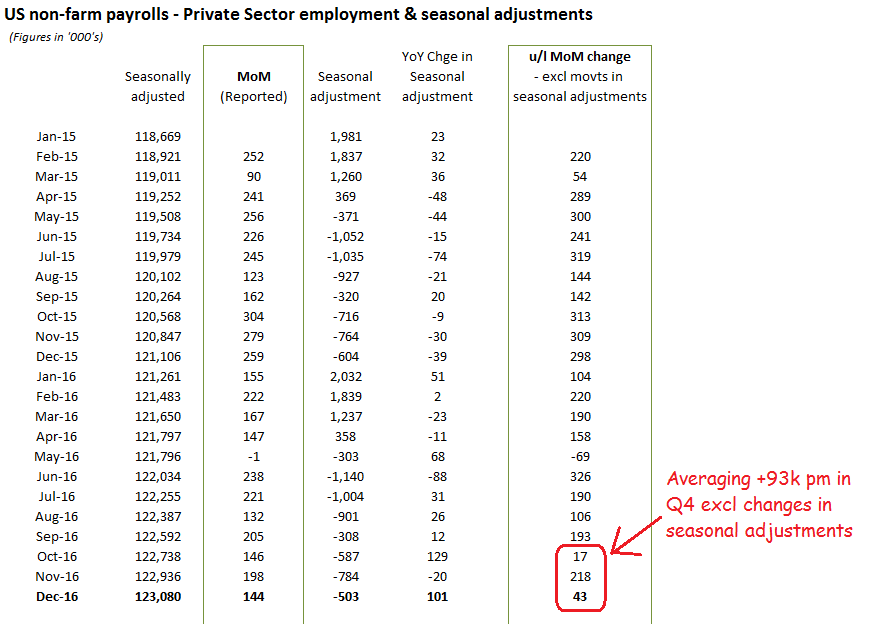 For now, evidence of a robust economy with nascent signs of wage inflation supports the chosen narrative; that of further rate rises. It is not important that US Q3 GDP growth was tenuously based on a number of one-off factors, including soya-bean exports and inventory build, or that falling average hours worked means that per capital income growth is stuck at the lower end of its recent +2-3% YoY growth range. What is important, is that markets believe this time will be different and that rates will continue to rise. How else will there be reversal in consumption as already debt laden consumers, with minimal real income growth, start learning to live within their means? And without this, how is Trump going to bounce a sometimes hostile republican Congress into supporting his stimulus and import tariff plans? And without a strong US dollar, how is the Fed going to monetise all that additional deficit spending? 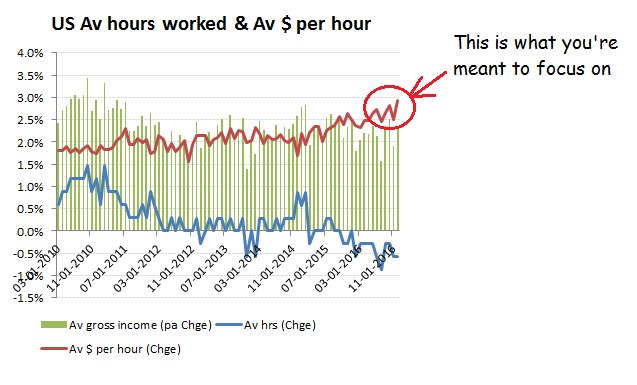 The narrative you’re meant to be listening to 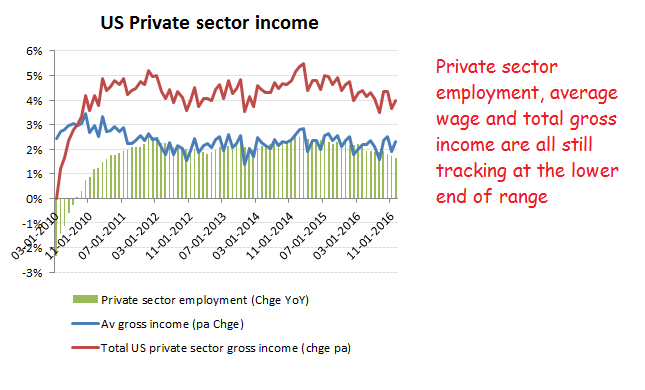 Bartenders and nurses still in demand. A better than expected end to 2016 for auto sales also seems to have helped perk up job formation in manufacturing which included an approx 3k increase for Auto workers. 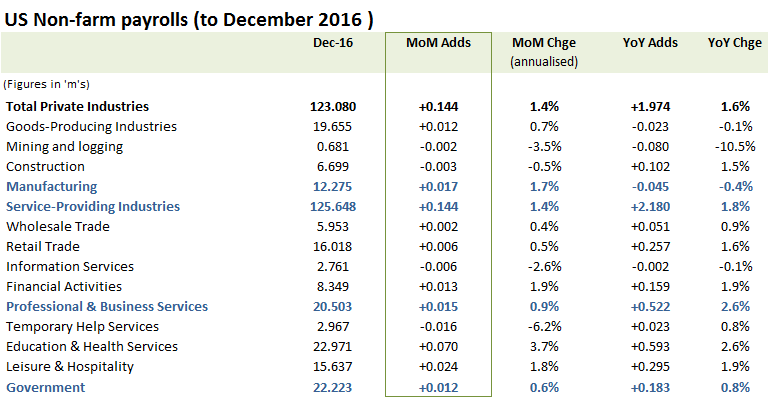