Earnings to FCF in pictures

Before I start to drill down into how a market ECC can be used to translate company FCF yields (operating) into growth ratings, I thought a few parting shots at the PE merchants was in order. If you’re seriously trying to explain equity valuations on the basis of reported earnings please consider the following 7 charts relating to the broader market (FT Allshare). 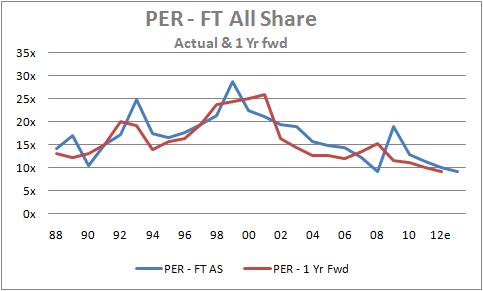 How much of this acceleration was a function of increased financial leverage however? 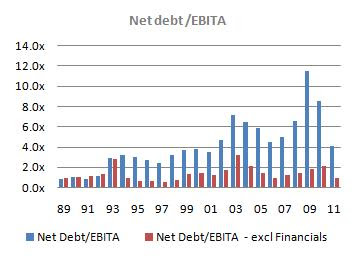 Which saw debt as a % of EV more than double 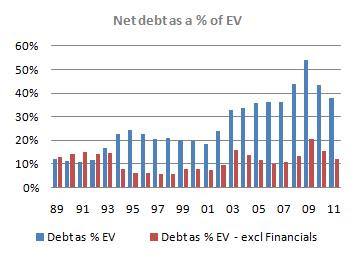 More of this earnings meanwhile was being absorbed by additional investment

Which reduced to conversion of earnings into FCF

Which presents a somewhat less rosy picture on current valuations 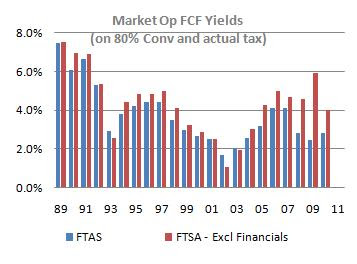