Tomorrow Pearson will release its pre-close trading update for 2015 and markets are understandably reluctant to catch this falling knife before seeing whether the new chairman (Sidney Taurel) has dumped the CEO (John Fallon) and with him, his commitment to maintain the dividend (51p net in 2014 with a 34p final) as his “first priority”.  With the interim already raised by +5.9% to 18.0p, holding the 34.0p final would take the FY15 total to 52.0p ps which at the current Pearson share price of 656p would imply a FY dividend yield of 7.9%, including almost 5.2% on the final alone. 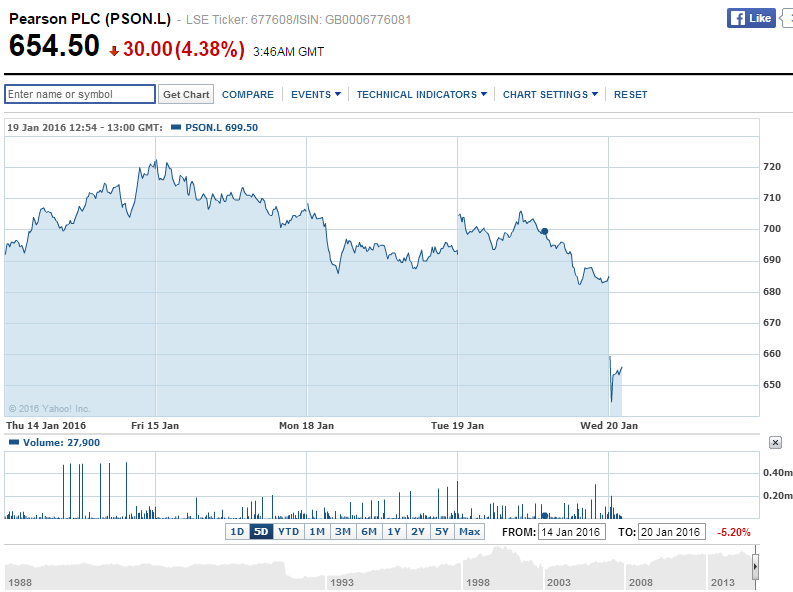 Risk aversion a day before the 2015 pre-close

For tomorrow, we expect the group to cut analyst consensus expectations for FY16, which we see as being at least 10% too high on EBITDA (at £825m vs our £744m), while we would also expect an announcement of further restructuring provisions to manage more costs out of the business to offset what will probably be another lean year. What we would not be expecting however, would be a cut in the dividend, regardless of whether John Fallon remain at the helm or is replaced. While maintaining the dividend for FY16 might mean that it were to be barely covered by adjusted earnings, it would be highly damaging to Pearson’s credibility to cut at this stage and would signal to the markets an expected collapse in margin and growth prospects. Unlike other ‘dividend’ stocks, Pearson is largely unlevered following its disposal of the FT Group and with limited additional demand for capital would normally be regarded as operating an inefficient capital structure. Therefore, even on our estimates, cutting the dividend would make no sense.

With the new chairman barely in the job for three weeks, we would not expect much in the way of strategy update from him tomorrow, although an early report to clarify strategy and restore investor confidence in the group’s underlying margin and growth prospects will be essential after a highly disappointing 2015 which saw a +3% growth trajectory in H1 underlying deferred income translated into a -5% decline in Q3 organic revenues. With US HiEd enrolments declining (-2.5% in 2015), and hitherto growth markets of Brazil and South Africa hit by falling commodity markets, macro headwinds suggest 2016 will be another washout year which means all eyes will be on what can be done to deliver recovery once the markets stabilise (hopefully) by 2017. On our circa 10% sub consensus forecasts, Pearson’s historic dividend (of 8%) would not just be covered by normalised Op FCF of over 9%, but this OpFCF yield would imply a growth rating of little more than +1% CAGR. Trying to catch what may seem to be a falling knife is risky, but also potentially highly profitable if gauged correctly. Most punters will no doubt wait on the sidelines to have their hands held before venturing back on board what is still a potentially attractive growth business, although by then the shares will not be anywhere near the current levels. 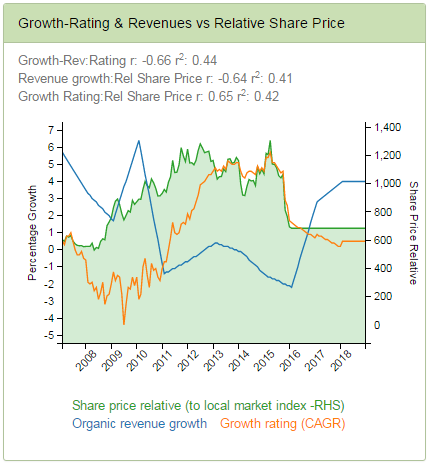 For a fuller analysis of our Pearson valuation, sensitivities and consensus comparatives please register at

Pearson defends the dividend and the shares bounce – as we had foreseen!