Pearson defends the dividend and the shares bounce – as we had foreseen! 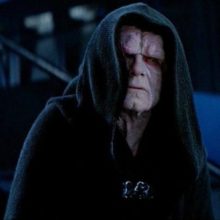 With a new Chairman on board and consensus forecasts for 2016 looking way too high, markets had started to doubt the group’s resolve and its ability to sustain the current rate of dividend. As it transpired, most of what we where suggesting yesterday has been matched by this morning’s release by Pearson (dividend, restructuring, restored growth in 2017 etc), with the resulting bounce in the share price.

First and foremost, given the near 8% potential dividend yield, has been the decision to hold the final at 34.0p per share, taking the full year payout for FY15 to 52.0p (in line with our 52.0p forecast). More importantly, the group is undertaking to hold the dividend at this level until cover is rebuilt, although not disclosing to what level. To achieve this, another restructuring programme is being embarked on at a total cost of -£320m (we had priced in provisions a little lower at -£275m) to cut around £350m pa of costs by 2017 and thereby drive adjusted EBITA up to at least £800m by 2018. On the way to this nirvana however is a weak trading environment in 2016 (no surprise here) and a guidance range for adjusted EBITA of between £580-620m (vs £720m estimated for FY15) which includes £100m resumption in employee incentives and is therefore a little lower than out previous forecast of £639m for FY16. Including an increase in tax back up to 19% (vs 15% for FY15), FY16 adjusted EPS is forecast at 50-55p, thereby broadly covering the dividend. To meet the 2018 guidance of >=£800m however will need underlying revenues to start to recover by at least a couple of percent in each of 2017 and 2018 to contribute around half (+£100m) of the targeted +£200m EBITA increase from FY16 to FY18. After so many years without underlying top line growth this will no doubt remain the key variable in market forecasts for Pearson. The assumption however is not an unreasonable one, albeit a number of macro factors outside the group’s control will influence it (such as commodity prices and funding in areas such as Brazil and South Africa) which will entail an inevitable margin of error in such long range forecasts at this stage, and which we have erred on the cautious side with our sub £750m adjusted EBITA forecast for FY18 at this stage. Assuming tax is nearer 21%, then the group should be delivering adjusted EPS of over 68p per share by then which would cover the current dividend payout by 1.3x and suggest a resumption of growth in the dividend from that point.

An 8% dividend yield matched by Op FCF to discount trend growth of under +3% pa for a leading educational publisher with a heavy component of digital learning products in what should be still a structurally growing market doesn’t seem too shabby. 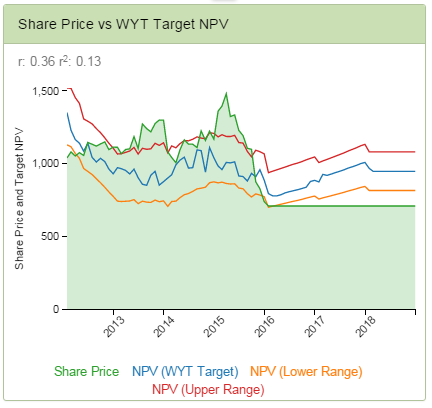 What does chart say?