Capitulation on oil price expectations may be needed before recovery 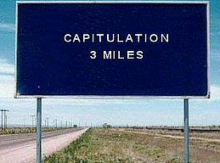 The vote on the 27 January by Royal Dutch Shareholders on whether to approve the merger with BG that is proposed by its management may have repercussions that extend well beyond the future of this proposed deal. At anywhere near the current oil price, the deal makes no commercial sense as even Shell’s own assessment would support. To agree the deal then, Shell shareholders must therefore conclude that the current price collapse is temporary and will recover quickly back up to at least the EPS neutral price point of over $60/bbl; albeit a price nearer $100/bbl may be needed for it to be value accretive.

Here lies a big problem for the oil sector, expectation. An expectation of an early rebound will merely prolong the price weakness. The Saudi’s strategy is to restore its pricing power by forcing high cost US fracking supply out of the market. While the recent price decline has seen deep cuts made by the majors in their exploration budgets, these can quickly be restored. What we have yet to see is a broader collapse in US fracking and if the world believes prices will recover, it won’t happen as banks will roll over loans.  An interesting insight on the level of the potential problem can be seen by Wells Fargo’s $17bn of energy junk debt exposure.

As oil price hedges unwind, that is when many of these fracking bonds will start to breach covenants and risk default. For the Saudi strategy to work it needs a capitulation in price expectations to pull the proverbial rug from this group. If not, then they will be just back to where they started, in a couple of years, having achieved none of their original objectives (including the removal of Assad) while running a 20% of GDP deficit. Perversely, a show of medium term confidence by the Shell shareholders in the oil price may actually contribute to the very opposite, as it encourages the Saudi’s to maintain to pain for longer.

For those of you that watched our video oil reports which we originally published back in November, this should not come as a surprise as one needs to be sensitive to the political agendas behind these events. This is not a simple matter of economics 101. That report warned that oil prices would fall before they recover and so far this seems to be coming through as markets also wake up to the additional flow from Iran and perhaps more importantly the decision of the Chinese PBOC not to reflate while the US Fed also stands on the sidelines. For those of you who haven’t viewed the reports yet, I would still recommend a look. While we have trimmed our average price expectation for Brent in 2016 by -$5/bbl to $40/bbl, the analysis, including sensitivities remain as valid now (if not more so) as there were in November. To view the current forecasts for the oil group’s and access the Sensitivity analysis section however, one will need to be registered for our Analytics App (https://app.growthrater.com/) 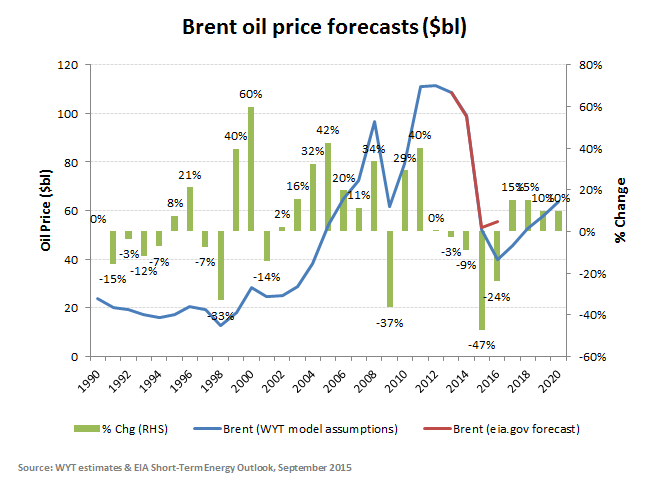 Believe in a sharp price rebound and it won’t happen!