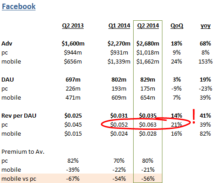 Facebook: Unparalleled qualitative information on consumers and unmatched reach makes Facebook a must have for both advertisers and NSA alike. For the moment, the group is managing the migration to lower yield mobile and overseas users while sustaining overall yield growth of +41% YoY and +14% QoQ and somewhat surprisingly, an average yield increase on non-mobile DAU that is actually greater than that for mobile! Having convinced the advertisers to spend, Facebookâ€™s low direct cost component is enabling the marginal revenues to drop down substantially through to margins and even more impressively to cash/marketable securities. Indeed, the ability in H1 to increase revenues by almost $1.1bn with accounts receivable expanding by just $81m is truly impressive. Social media users however are fickle and todayâ€™s cool site may not be so appealing should the owners appear to sell-out to commercial and government interests. Yes, reach is still growing, but at +3% QoQ, not by that much and any reversal could quite quickly see remedial costs thrown at the hole and reverse some of todayâ€™s spectacular performances. 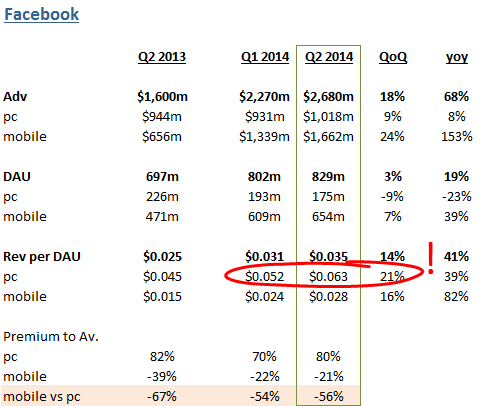 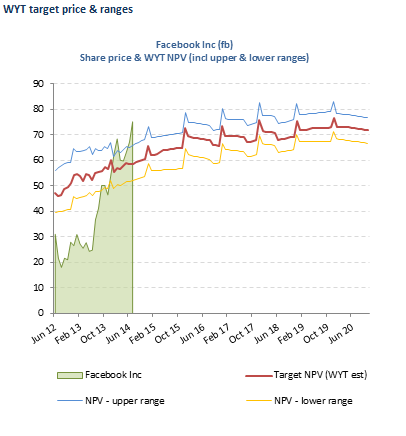