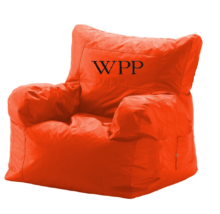 Markets love corporate activity. Bankers love them as shifting assets around companies earns them big fees. Managements love them because they provide opportunities to earn big bonuses. Investors therefore are encouraged to believe all this will enhance shareholder value, so as to endorse the merry-go-round.  How many times have we seen acquisition led growth disguise low cash returns and low organic growth?  When the acquisition route becomes played out, for whatever reason, then hey presto, the smarts come out from under their rocks with their invaluable advice to sell off the parts, as if this was a real solution. Given that these were invariably cheerleaders on their original purchase (because of the EPS enhancement) this has more than a touch of Chutzpah about it.

For WPP, that was when its EV was dropping below the cumulative investment it had spent on acquisitions since 2000 (see below chart). While historically a good buy signal for the shares, it is also a damning indictment of the whole  acquisition led model.  For years, Agencies have been delivering sub-GDP rates of organic sales growth, but only in the last 9 months it seems have markets started to respond to this. Now it is difficult to open a trade article or research report without being warned of the “structural challenges” facing the industry. The fact that all this was being ignored while artificially low interest rates were also artificially goosing the relative ROI on marketing, or that it all came to a grinding halt as soon as the US Fed started to remove the punch bowl, seems to have been missed. But don’t worry, the rinse and repeat brigade are back out in force, telling us about how much value can be realised from selling off the parts, such as Kantar. Presumably, these sages are aware that Sir Martin tried to flog these market research assets back in the mid-late 1990’s, but could get the price, so made a virtue of a necessity and had to retain and integrate them.

Don’t take this as a complaint though.  ‘Markets’ propensity to be behind the curve can be a highly profitable attribute. While Sir Martin’s little personal faux-pas provided an unexpected hit to the shares and meant I was too early to step back into the shares at 1,200p (after closing a +19% earlier gain on the stock),  the stock closed yesterday at 1,281p; still a gain of +7%, which with the earlier +19% tots up to a net gain on the stock of +26% over approx three and half months. Not great perhaps, but better than a poke in the eye with the proverbial sharp stick! 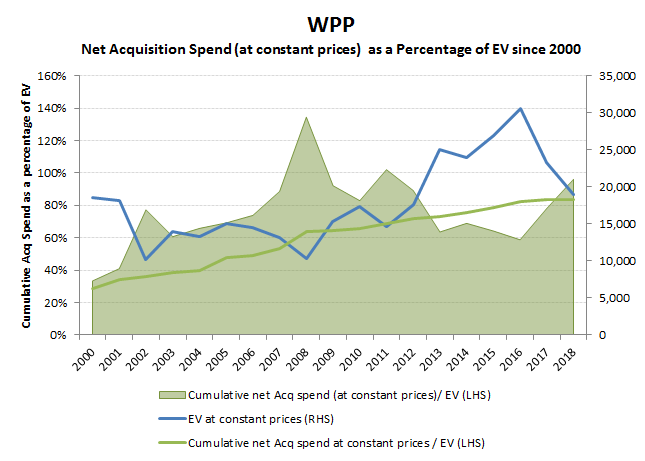