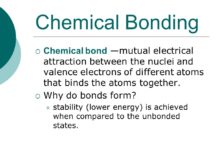 Du Pont and Dow Chemical reported to be in merger talks?  When we flagged Du Pont’s new, but supposedly ‘temporary’ CEO, Edward Breen as a man to watch (6 Oct post “du Pont – So bad its now good!), given his record at TYCO, we had not expected him to have such a rapid impact on events. For him to have been rumbled to be in, what appears to be fairly advanced merger negotiations with the larger Dow Chemicals after only 2 months at the helm is certainly fast work. Indeed so fast as to suggest that the man had the plan well prior to his appointment.

Clearly, if the merger can see its way past the regulators, it’s rational makes perfect sense, with its 4% planned margin enhancement from cost synergies (equating to an approx. +25% PBT uplift)coming at a time when expectations for a prospective market led upturn in demand seems to get pushed out by the day. In this, the defensive nature of this deal is very similar to those already seen across other industries (Kraft-Heinz, Anheuser-Busch InBev and SABMiller) and reflects the need to consolidate costs to offset the lack of top line growth. The winners will be the shareholders and banks advising on this deal and what may well be future spin-offs as assets are repackaged in that time honoured Wall Street tradition of rebranding sows ears as silk purses. The losers however will the $3bn of duplicated overheads that will be shed and possibly smaller competitors. ‘Possibly’, because it will remain to be seen how the enlarged group will exploit this additional scale and cost advantage. How much will revert back into margins, dividends and share buybacks and how much will be used to further crush prices to the point that less efficient competitors will have to cede share; a similar drama to the one currently being played out amongst miners and frackers.  One also imagines that the purported search for a new full time CEO for Du Pont will be at least paused, if ever it was even started!

For a full valuation and sensitivity analysis please register for our GrowthRater analytics on this website.