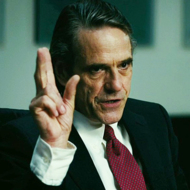 Has Yellen seen the movie Margin Call, I wonder? In it, Jeremy Iron’s classic Wall Street boss (John Tuld) referred to 3 ways of making a living: be first, be smarter, or cheat.

Of course in financial markets these are not mutually exclusive options where Governments habitually use their central banks to operate their own giant ‘Ponzi’ schemes. Without inflation to depreciate away the real value of loans, the Fed will probably be smart enough to know that you can’t borrow your way out of debt indefinitely unless the monetary expansion is coupled with fiscal reform. It also doesn’t take a genius to see how QE merely becomes a substitute for real reforms the World over. Price in a normal cost of debt and see what happens to sub-prime auto/property growth and most government finances.  By artificially depressing real returns and debasing the currency one might argue that the ‘cheat’ option has already been used, if not used up, with global debt overhang now considerably worse than in 2008. If you can’t avoid the great credit unwind then, and you’ve exhausted the last of John Tuld’s options, what options do you think are now confronting the Fed?  Markets are always susceptible to normalcy bias and so will want to believe that the credit bubble can be deflated gently and will cite the post 2008 experience to support this contention, notwithstanding the expansion of debt and derivative exposures.  However, every recession starts this way and even when the inevitable is accepted, it is always, initially at least, seen as short and shallow and a buying opportunity. So back to the original question. If an unwind is inevitable and every other central bank is out there ‘cheating’ with their own QE programmes to goose growth and cover-up structural deficits, who is going to be first and with what consequences?