(Earnings) Klingons on the starboard bow 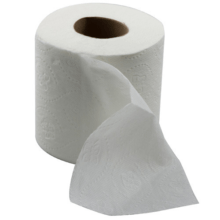 Why are markets perennial optimists? Perhaps it’s a reflection of the commercial bias favouring a positive investment recommendation by market participants to portray a glass as half full rather than half empty.  Fold in expectations of a central bank put to bail out markets with endless liquidity fixes when things get sticky and it’s easy to see how this narrative gets so much traction, despite even when the evidence to the contrary is starring one in the face.

Courtesy of some second hand data, originally sourced from Thomson Reuters IBES and charted by Yardeni, this tendency to over-egg earnings growth early in the year, only to have to pare this back as reality bite over subsequent months can be easily quantified, with only 5 out of the last 23 years when eventual earnings actually managed to exceed initial forecasts at the start of the year. The last two of these were in 2010 (mainly) and 2011 (just), which owe much to the deluge of central bank cash that was thrown at markets.

Perhaps once again, markets are running with the story of a return to monetary and fiscal easing that have been supporting asset prices since end 2018, although this remains at odds with the trajectory of company earnings coming out of the Q1 results season.  Indeed, what I find interesting is the number of companies who continue to cling on to their full year guidance and which now requires an ever increasing rebound into the second half of the year to support this. This is rarely based on something tangible such as a firmer order book, but on some vague expectation of improving macro conditions as they buy into this self-re-enforcing delusion. Maybe, IF the China-US trade agreement had gone smoothly or, IF Brexit had not blown up in everyone’s faces, or IF the supposed strength in US and Chinese Q1 GDP was based on something more than borrowed expenditure and fiddled statistics or IF the auto industry could ‘magic’ up a workable storage technology before being crushed by green hysteria, then just maybe, this second half recovery would be credible.   As the Spartan ephors responded to Phillip II of Macedon,  “IF”.

Perhaps, companies felt embarrassed to cut full year guidance so early into the new year and so soon after providing the guidance along with their 2018 full year results. Now however, with the blow-up in the US-China trade negotiations and potential knock-on effects on US-EU relations, this will provide some much needed cover for companies to start paring back current year earnings expectations ahead of and over the forthcoming Q2 results.

While company guidance again seems to be in denial, we all know how it usually ends for the Klingons