For GfK, another guidance miss could make it the next target 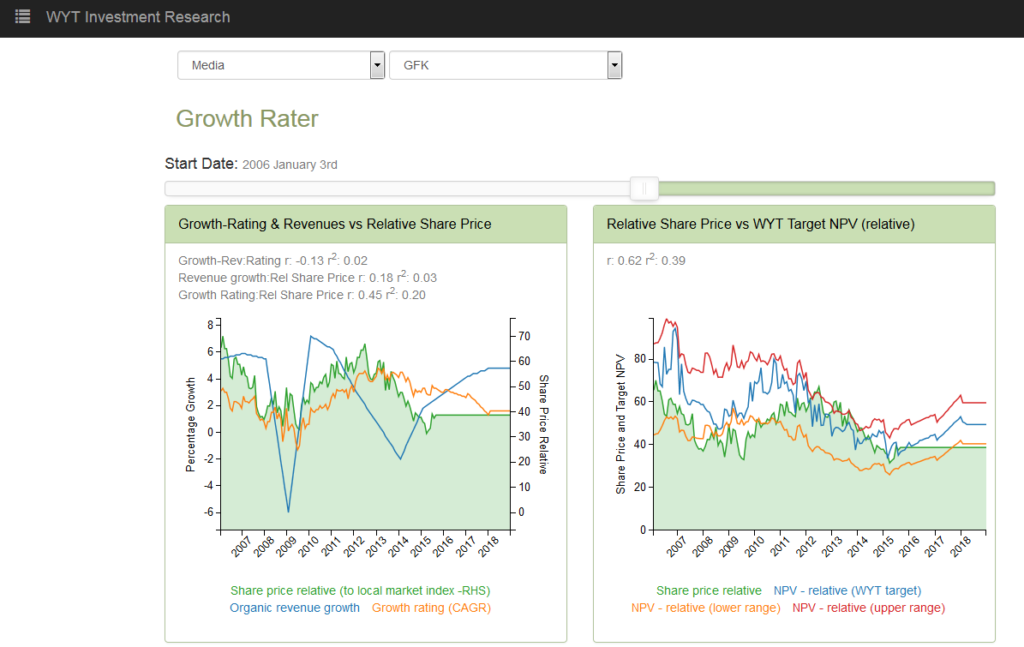 Having adopted a â€œshape for growth mottoâ€ for 2015, GfK is struggling to deliver, with its core syndicated electronic research business hit hard in Q2 from the backwash from weakening Chinese demand. While the group is doggedly maintaining its full year 2015 guidance to deliver growth in organic revenues and its adjusted operating margins, these (again) look increasingly ambitious without some creative allocation of yet more costs into excluded â€œhighlighted itemsâ€. With its projected FY15 sales only 78.5% covered by its order book as at end June (down from previous yearâ€™s 81.6%) and considerable reliance being placed on a couple of TV audience measurement contracts due to kick in at Q4 (Saudi Arabia and Brazil: usually low margin initially), the most positive spin one might be able to extract from the current performance is whether a second potential guidance miss now acts as a catalyst for a long overdue corporate merger with another player, such as Ipsos.