Investing can sometimes feel like quantum physics, where there is no reality, but just a probability of outcomes.  While valuing a potentially miss-priced asset on an existing consensus perception of reality is one challenge, this is a mere entree to the broader problem that the future is unlikely to pan out as per the current predictions.  And if that weren’t enough of a dilemma, one needs not only to anticipate what may actually transpire in that future, but perhaps more importantly, when that many headed monster we call a market will start to discount that probability.

Take our current challenges with COVID-19.  At present, markets are fixated with when the economy might return to normality and the extent to which further Government stimulus and central bank debt monetisation can keep both consumption and asset prices inflated without precipitating a solvency/currency crisis. In this scenario, the vaccines establish herd immunity, but with ongoing new variants requiring regular booster jabs and endless government social interventions; so all hunky-dory for the existing vested interests, including big Pharma and Big Tech.

This cosy group-think however, is no more than recency bias and as much as the vested interests may try and control the market narrative, reality often has a way of disrupting this consensus. Take for example the assumptions that the virus was naturally occurring, or that there are no treatments or prophylactics available, which in turn enable an experimental gene therapy to be authorised on an emergency basis as vaccines. Assume also, that despite some troubling reports of previous animal experiments or potential for antibody-dependent enhancement to spawn multiple variants from trying to roll out a mass vaccination programme during a pandemic, that our political masters can be trusted.

Unfortunately, the same group (the medical/financial/Media/Tech establishment), that were both ‘refuting’ and trying to censor the Lab-leak origin hypothesis over the past 15 months are also the same players pushing the vaccine and attempting to suppress debate on its cost/benefits across various demographic groups or possible alternatives.  Of course, the temptation of protecting commercial vested interests in China or the substantial monetary rewards directly from vaccines or associated with academic funding were clearly of no consideration to this worthy group, WHO merely had our best interests to heart in both physically and metaphorically muzzling the rest of us.  The problem now however, is that as the natural emergence hypothesis crumbles and is replaced by what the vast majority of us already assumed, the lab-leak hypothesis, then where does that leave the rest of the edifice?

Perhaps, when ‘science.theWire.in’  attempted to de-bunk Luc Montagnier’s Lab-Leak hypothesis back in April 2020, it ought to have been more wary that it was dealing with a respected virologist and nobel laureate in physiology who might know a little more than them.  Their reference in their article URL to “pseudoscience” may have been an attempt at a cheap smear, but now seems an appropriate description of their own analysis now that the Lab-Leak hypothesis is becoming increasingly substantiated and mainstream. 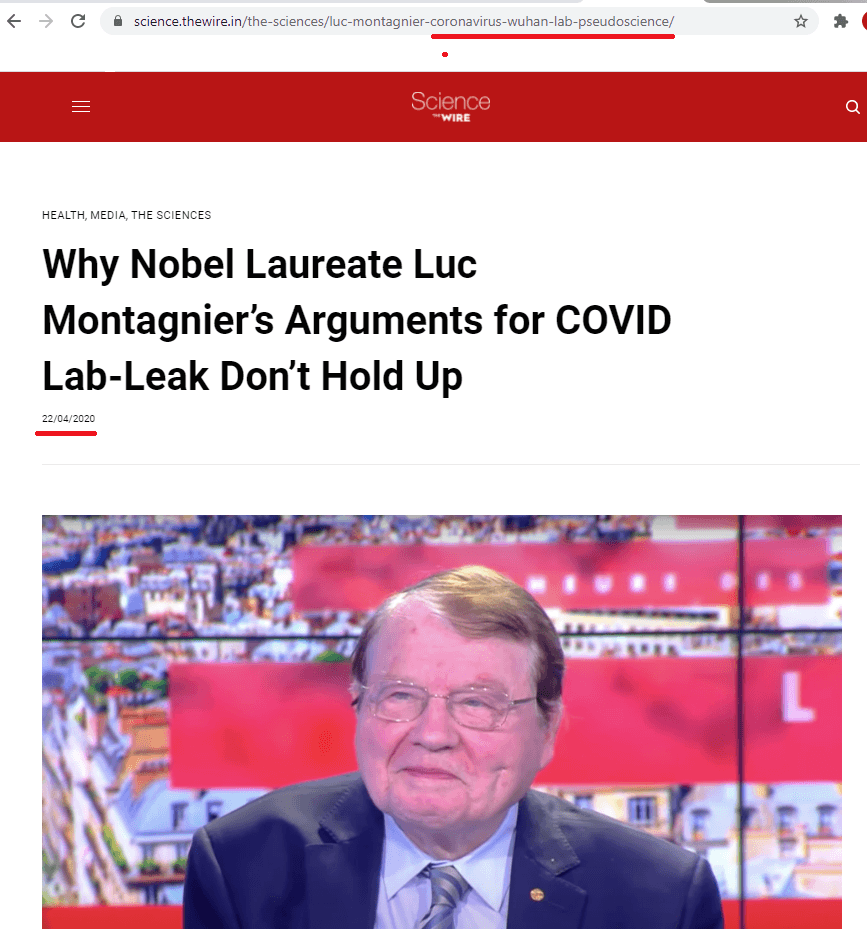 Once one lie is exposed and source discredited, what else will now fall? If those that they tried to discredit are shown to have been vindicated on this, what else might they be correct on, even if it takes years for the establishment to concede.  If Monsieur Montagnier is even partially correct about the medical consequences of the current policy response to covid, then markets are sleep-walking into a very tough awakening. 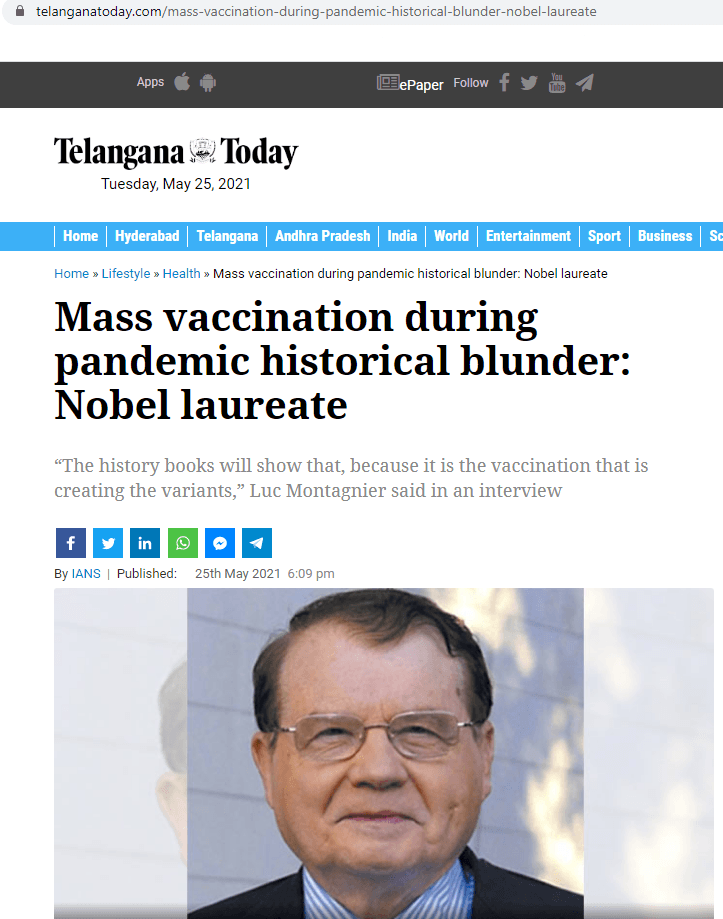 Another shoe waiting to drop?

So are equity markets in a sort of Sitzkrieg, taking comfort from more of the same (debt monetisation)? Global commercial interests and stock holders no doubt would like to ‘move on’, but will the rest of the population remain content to just suck it up and ignore what at least is criminal incompetency by many important parties, but possibly much worse.  Are stocks with markets and supply chains exposed to China really the place to invest should the public demand reparations and are mRNA vaccine producers really going to come out of all of this with reputations intact and the prospects for endless growth opportunities to support even more elevated ratings?

Markets are doing what they do best, in extrapolating existing trends.  What is becoming increasingly clear however, is  that this ‘pandemic’ has unleashed a number of Genies, that won’t go back into the bottle.  Last year, the Lab-Leak was already looking like an obvious source to all but the brain dead or commercially conflicted, but those such as Luc Montagnier were able to offer the scientific validation to support the hypothesis against the hordes of shills put up by CCP and their agents.  The future ramifications of the current vaccines and accompanying government strategies though are less obvious (in part because these vaccines are experimental) and it will be seen whether subsequent associated incidences of auto-immune end up putting back the entire mRNA technology for future trials and with it the reputation of the medical establishment and pharma industry.